Cleveland Browns specialist Jamie Gillan has found a lot of similarities between punting and golfing. 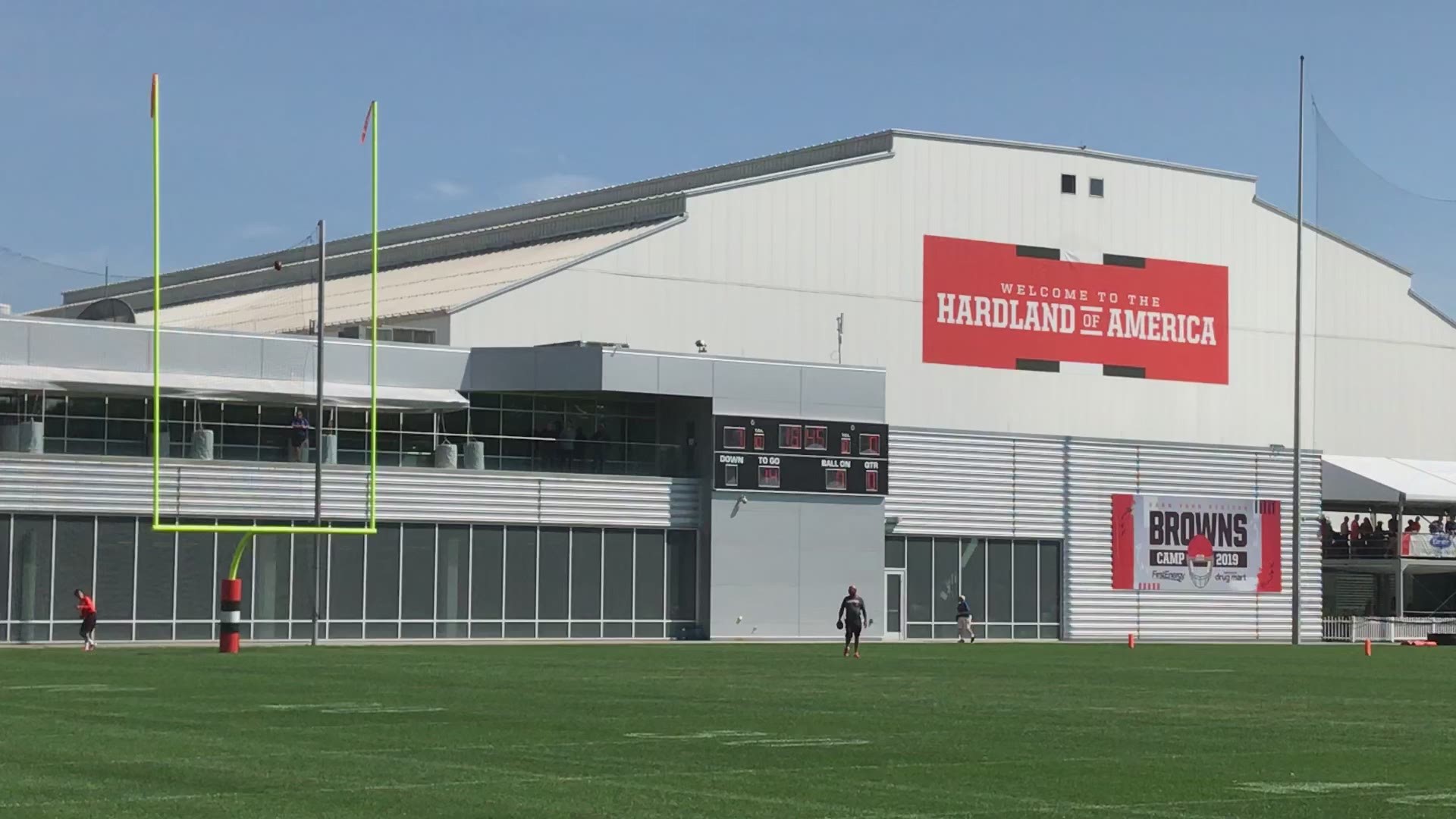 CLEVELAND — In the National Football League, quarterbacks commonly get reputations as golfers in their spare time, but one should not sell short the specialists.

Punters and kickers can hold their own on the golf course, and Cleveland Browns rookie specialist Jamie Gillan is no exception. Raised in the Scottish Highlands, Gillan has had a golf club in his hands since the age of seven and finds it very comparable to his job on the football field.

“I’m trying to get more consistent, more accurate, better hang time, better control of the ball, everything. That’s what we strive to work on every day in practice, and that’s why we do so many repetitions on the little Jugs machine, holding. Everything will come into effect if you just keep working on it.”

Gillan learned the game from his grandfather, and the lessons he learned then still resonate with him, and not just on the golf course. Gillan tries to apply the principles that helped him have a single-digit handicap in high school to his punting.

“My granddad’s thing, he would say, ‘Imagine a nail at the back of the ball and you’re trying to drive it straight through the middle. If you hit a nail with a hammer off, it’s going to bend, but if you hit it perfectly, it should go straight in.’

“He’d use analogies like that, and I’d hit the ball straight down the middle of the fairway. It’s just like little things in your mind. I kind of utilized that in my punt game. Start thinking about too many at once, but I’m actually out there to just catch the ball and kick it where I’ve got to, follow my line, just little things that stick in your head.”

Gillan still applies those lessons when he does break away for the occasional round on the course.

During a break in training camp, Gillan joined former Browns specialists Britton Colquitt and Greg Joseph on a trip to world-renown Firestone Country Club in Akron, and the South Championship Course proved to be a challenge for him.

“It was good fun there,” Gillan said. “Me, Britton and Greg went out and played a round. It was great fun. It was awesome weather, too. I shot an 84…an 83 actually. It was okay.

“It was the one with a par five that was probably one of the longest par fives I’ve ever played in my life with the big downslope and the massive pond there. That was a tough hole. I hit my ball right into the woods on that one, too. It was good.”