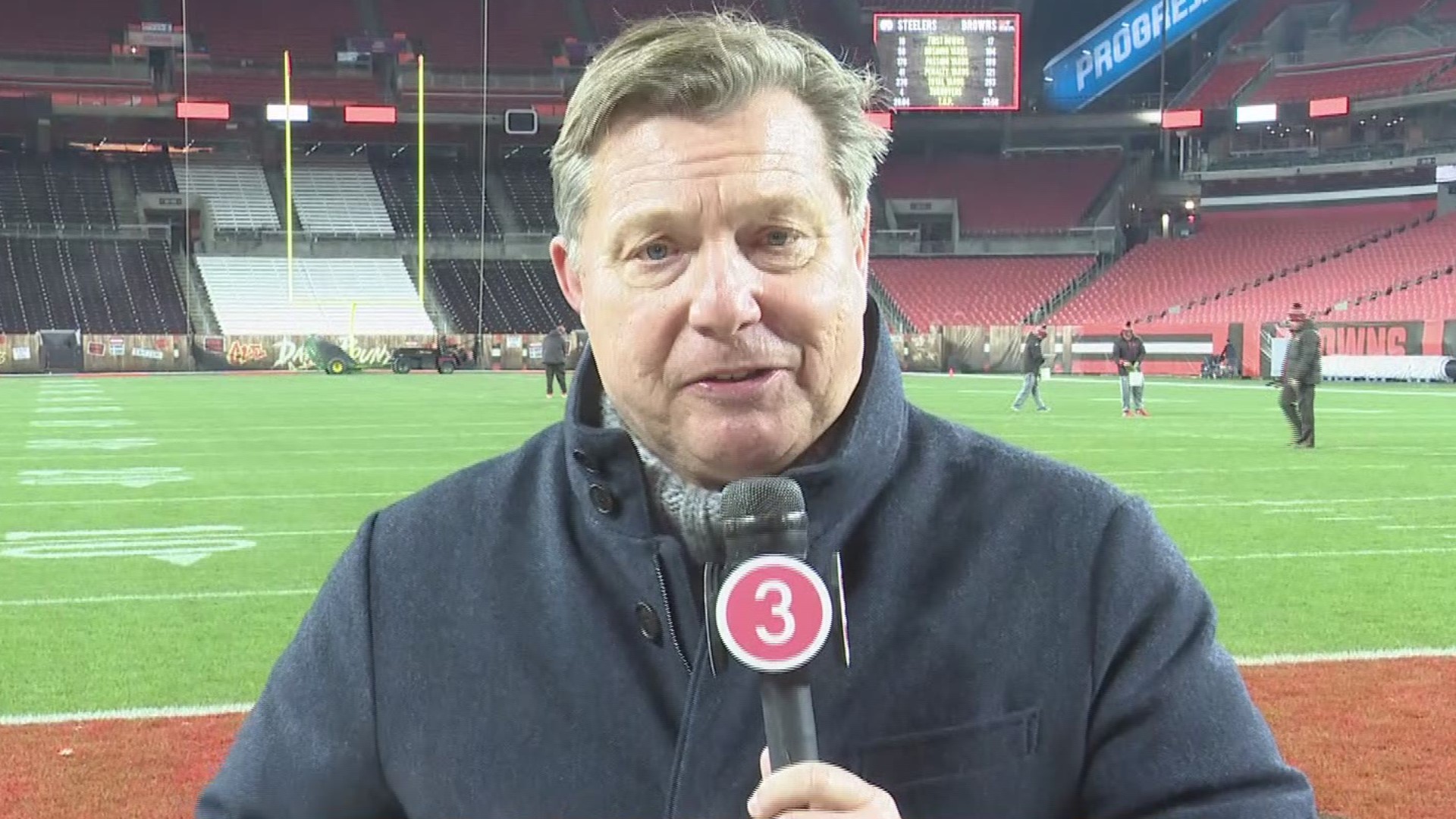 CLEVELAND — There have been no shortage of opinions about who is to blame for the fight that broke out at the end of the Cleveland Browns-Pittsburgh Steelers game on Thursday night.

It's Myles Garrett's fault for swinging his helmet at Mason Rudolph, triggering an indefinite suspension from the NFL.

Others insist that the blame lies on Rudolph, who attempted to rip off Garrett’s helmet after delivering a couple of kicks below the belt of the Pro Bowl defensive end. It appears Rudolph will not receive anything more than a fine for his actions.

RELATED: Mason Rudolph to be fined, not suspended, for role in Browns-Steelers fight

However, one former Cleveland Browns assistant coach believes the blame rests on the shoulders of current head coach Freddie Kitchens.

During an interview on Sirius XM NFL Radio on Friday, former Browns offensive coordinator Todd Haley unloaded on his former colleague, stating, "This falls squarely right on the head coach because the head coach talks to every assistant coach, who then talk to their groups of players. And there's an old saying in coaching, 'You're either coaching it, or you're allowing it to happen.' If you're not coaching it, you're allowing it to happen, and when I watch the Cleveland Browns, I see a lot of stuff being allowed to happen. Whether it's clown shoes, visors, whatever it may be — Myles Garrett hitting the quarterback low, hitting the quarterback in the head — it's happening too much. It’s not just a fluke."

"The Browns won the game, but it’s kind of been what’s been biting them in the backside throughout this year and throughout the last few years, is just lack of self-control and discipline," Haley added.

When asked about Haley's comments on Friday during a conference call with reporters, Kitchens replied, "I do not really give much thought into what Todd says. I am not even going to respond to it."