Former Browns player Josh Gordon is focusing ‘on the present, getting better every day’ after returning to the New England Patriots following his latest suspension. 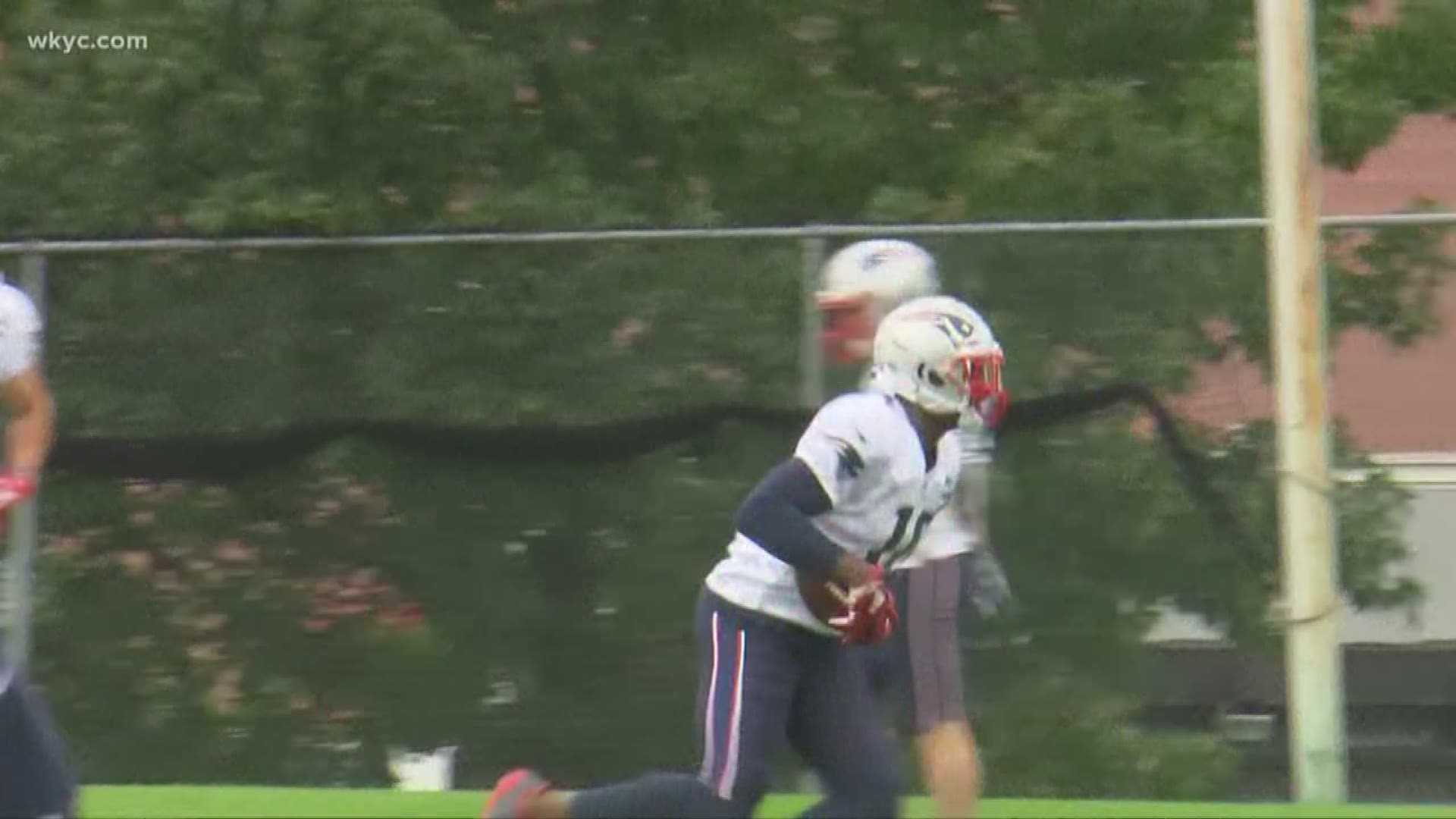 CLEVELAND — Former Cleveland Browns wide receiver Josh Gordon is working his way into game shape with the New England Patriots after missing part of training camp while tending to personal matters since late in the 2018 season.

Just two days before the Patriots open their pursuit of another Super Bowl championship against the Pittsburgh Steelers at Gillette Stadium in Foxborough, Massachusetts Sunday night, Gordon released a statement about his journey back to the football field.

“It’s been well documented that I have battled substance abuse for quite some time,” Gordon wrote in a message posted to his Twitter account. “Unfortunately, I did not take the time to focus on a solution to my problem until this past year.”

Gordon went on to thank those who gave their support despite his lengthy history of suspensions because of failed drug and alcohol tests.

“I plan to focus on the present and getting better every day,” Gordon wrote. “I hope people will judge me on what I do now and in the future. I look forward to being a member of the Patriots once again this season and doing my part by contributing on and off the field.”

While Gordon worked on his personal issues, Patriots quarterback Tom Brady was there to support him.

Brady posted a video to his Instagram account of him throwing passes to Gordon, which was the latest example of the Patriots supporting the talented, yet troubled receiver, as the team tendered him a restricted free-agent contract offer after winning Super Bowl LIII over the Los Angeles Rams back in February.

Credit: Elise Amendola/AP
New England Patriots wide receiver Josh Gordon runs for a touchdown after catching a pass during the second half of a game against the Minnesota Vikings in Foxborough, Massachusetts on Sunday, December 2, 2018.

The Browns stood by Gordon through thick and thin for more than six years, but they reached a breaking point just before a flight to New Orleans ahead of their 21-18 loss to the Saints at the Mercedes-Benz Superdome on September 16, 2018.

After landing in New Orleans, the Browns announced their intentions to release Gordon, but instead of giving him his walking papers, the team sent the one-time All-Pro/Pro Bowl pass catcher to the Patriots.

In exchange for Gordon, Browns general manager John Dorsey got back a conditional fifth-round pick in the 2019 NFL Draft. Gordon needed to play in at least 10 games for the Patriots, and over his 11 outings, he turned 40 passes into 720 yards and three touchdowns, including the 500th passing score of Brady’s career.

In 2018, Gordon spent most of training camp away from the Browns while tending to personal matters.

Then, Gordon returned to the Browns days before the preseason finale only to suffer a hamstring injury that kept him out of practice until the Wednesday before the regular-season opener against the Steelers, where he caught a 17-yard touchdown pass in the waning minutes of regulation to help force overtime.

Credit: Elise Amendola/AP
New England Patriots wide receiver Josh Gordon (10) catches a pass in front New York Giants defensive back Henre' Toliver of in the first half of a preseason game at Gillette Stadium in Foxborough, Massachusetts on Thursday, August 29, 2019.

During his tenure with the Browns, Gordon converted 180 catches into 3,106 yards and 16 touchdowns. A Pro Bowl player in 2013, Gordon set a franchise record with an NFL-best 1,646 yards on 87 receptions with nine of those catches going for touchdowns despite his missing the first two games of the season because of a suspension.

However, after that Pro Bowl season, Gordon was suspended for 44 consecutive games dating back to the final week of the 2014 season, which was a team ban for reportedly missing a walk-through prior to a trip to Baltimore to play the Ravens.

Gordon was suspended for a total of 56 games in his seven seasons with the Browns. Including the two regular-season games Gordon missed late in 2018, he has been suspended more times (58) than he has been active (52).