Coach Freddie Kitchens and the Cleveland Browns ‘will stand by, support’ defensive end Myles Garrett during his indefinite suspension. 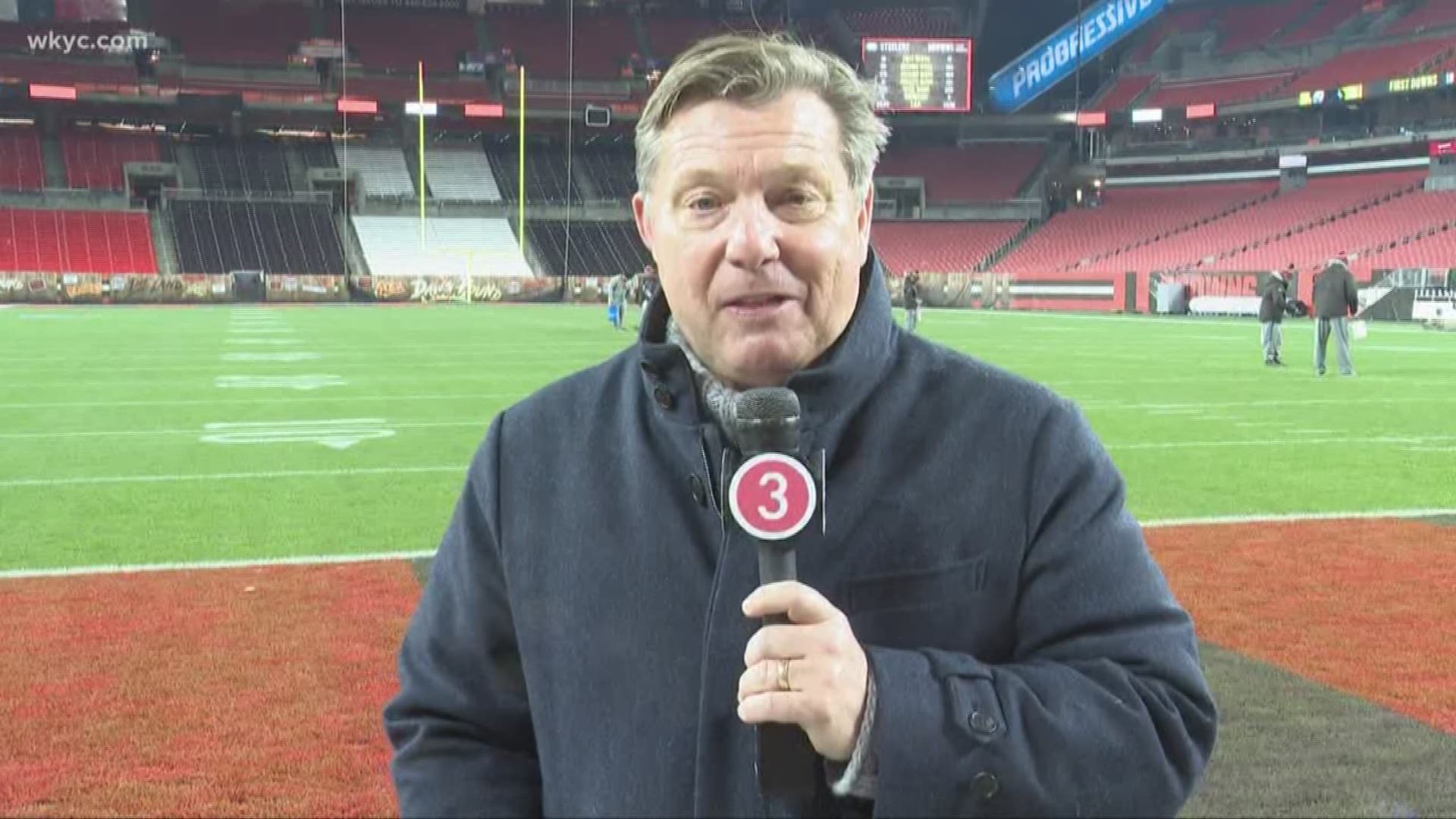 CLEVELAND — The Cleveland Browns will play the balance of the 2019 regular season and playoffs if they qualify without the services of Pro Bowl defensive end Myles Garrett, who received an indefinite suspension from the National Football League Friday.

Garrett was suspended for his actions against quarterback Mason Rudolph, which led to a brawl and marred the Browns’ 21-7 victory over the Pittsburgh Steelers at FirstEnergy Stadium in Cleveland on “Thursday Night Football,” but the organization will stand by the No. 1 overall pick in the 2017 NFL Draft as much as they can during his banishment.

“He understands the magnitude of what occurred last night,” Browns coach Freddie Kitchens said in a conference call Friday. “He is very remorseful. He is very sorry for his actions. He understands that he let himself down, he let his teammates down and he let his organization down. We look at our team as a family, and in a family, sometimes family members make mistakes.

“It is up to him on showing people and showing the National Football League that that is not who he is,” Kitchens said.

“You are looking at a guy who is a tremendous asset as a teammate, in the entire organization and to our fans. He is always out in the community and doing things for the community. He is a good teammate. He just lost his cool.

“He lost his composure. A terrible mistake, and sometimes, things like that carry on with someone. If the person puts enough time into it, he can make amends. This will never be like it never happened, but people understand that that is an outlier of Myles Garrett and not the norm.”

Although the Browns are upset they will have to play the remainder of the season without their best defensive player for his actions, teammates, coaches and ownership know the kind of person Garrett is and pledge to be there to support him.

“We do not condone in any way what happened, but we are going to stand behind Myles as a person,” Kitchens said.

“We consider ourselves a family. When someone is hurting and someone is feeling like this, we are going to stand behind him.”