Freddie Kitchens: If you don’t wear brown and orange, you don’t matter to Browns

New Cleveland Browns coach Freddie Kitchens says if you are not all in on brown and orange, you do not matter. 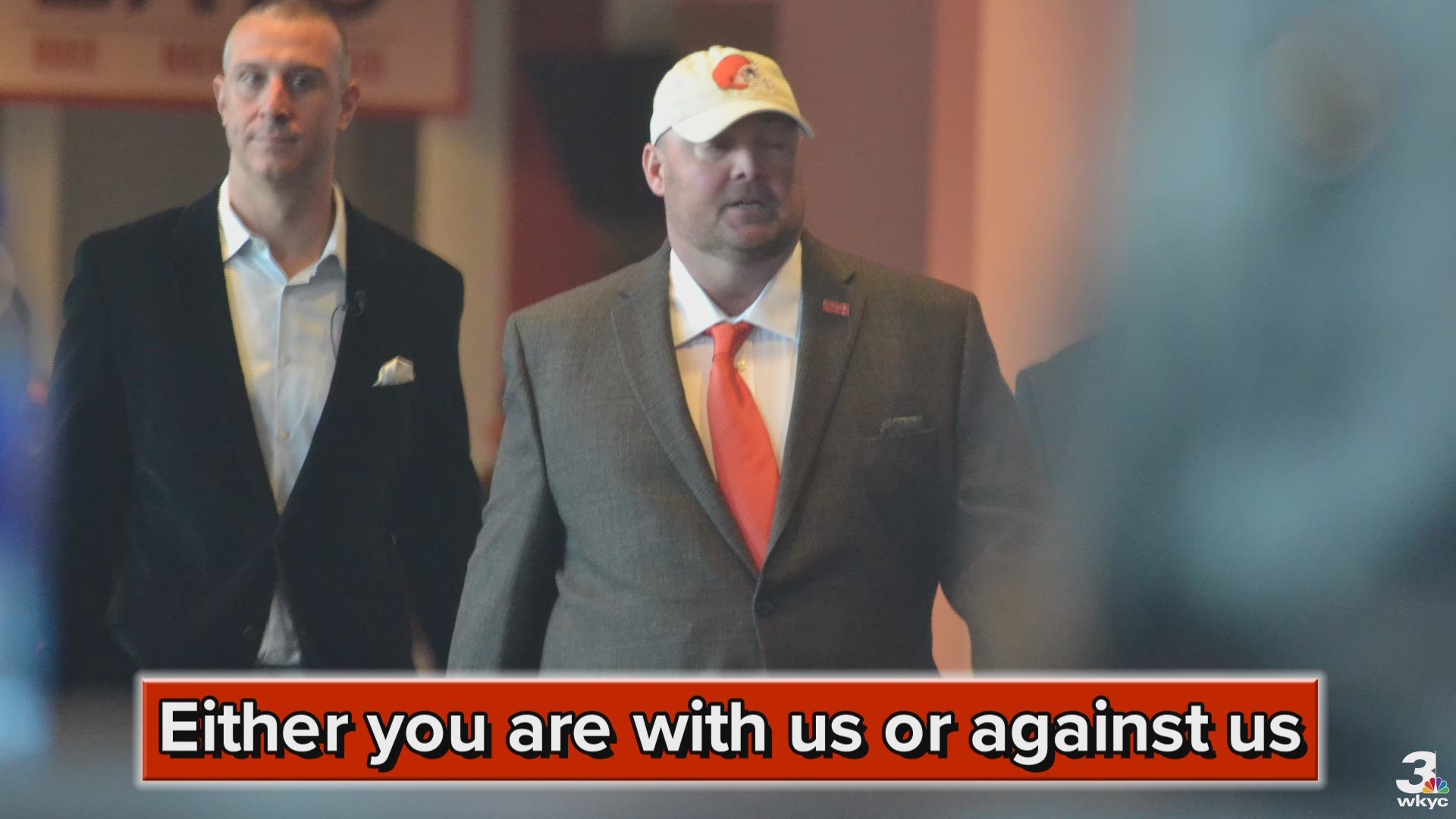 CLEVELAND — Either you are with us or against us.

The age-old adage has been said on numerous occasions and fans can count new Cleveland Browns coach Freddie Kitchens among the believers of that credo, as everything moving forward is directly related to the goal of winning games.

“The only organization that we care anything about right now is the Cleveland Browns. It is always going to be about one thing and one thing only, and that is about winning football games and putting a good product on the field that plays with effort, enthusiasm and toughness.”

Credit: Matt Florjancic
New Cleveland Browns coach Freddie Kitchens says the fun is in winning, and we're going to have a damn good time doing it.

By everyone within the organization channeling all of their efforts toward winning, Kitchens believes the culture will continue to change for the better for a franchise with just one playoff appearance (2002) and two winning seasons (2002, 2007) since returning to the National Football League in 1999.

“Since 1999, there have been ups and downs in this organization. Just like during a season, sometimes, there are more ups than more downs. Since 1999, I understand and I relish the fact that there have been more downs than ups, but that ends today -- I promise you that. Every decision we make as an organization, and (GM) John (Dorsey) would agree with this, I am sure he would, every decision will be based on one thing and one thing only, that is winning football games.”

At 2-5-1 following a 33-18 loss to the Pittsburgh Steelers on October 28 and in the middle of an unprecedented midseason coaching staff upheaval following the dismissals of Hue Jackson and offensive coordinator Todd Haley with eight games left to play, the 2018 Browns looked to be anything but a team capable of the greatest year-to-year turnaround in franchise history.

But a 5-3 record over the second half of the season and a three-game winning streak in December secured the Browns’ greatest turnaround in team history, as they finished plus-7.5 in wins over their winless campaign in 2017.

“We all understand that it was an improvement, but under no circumstances is that ever going to be acceptable,” Kitchens said.

“We only have one goal here and that is to hoist the Lombardi Trophy. Everything we do moving forward, if it is going to benefit us moving in that direction, we will make that decision.”