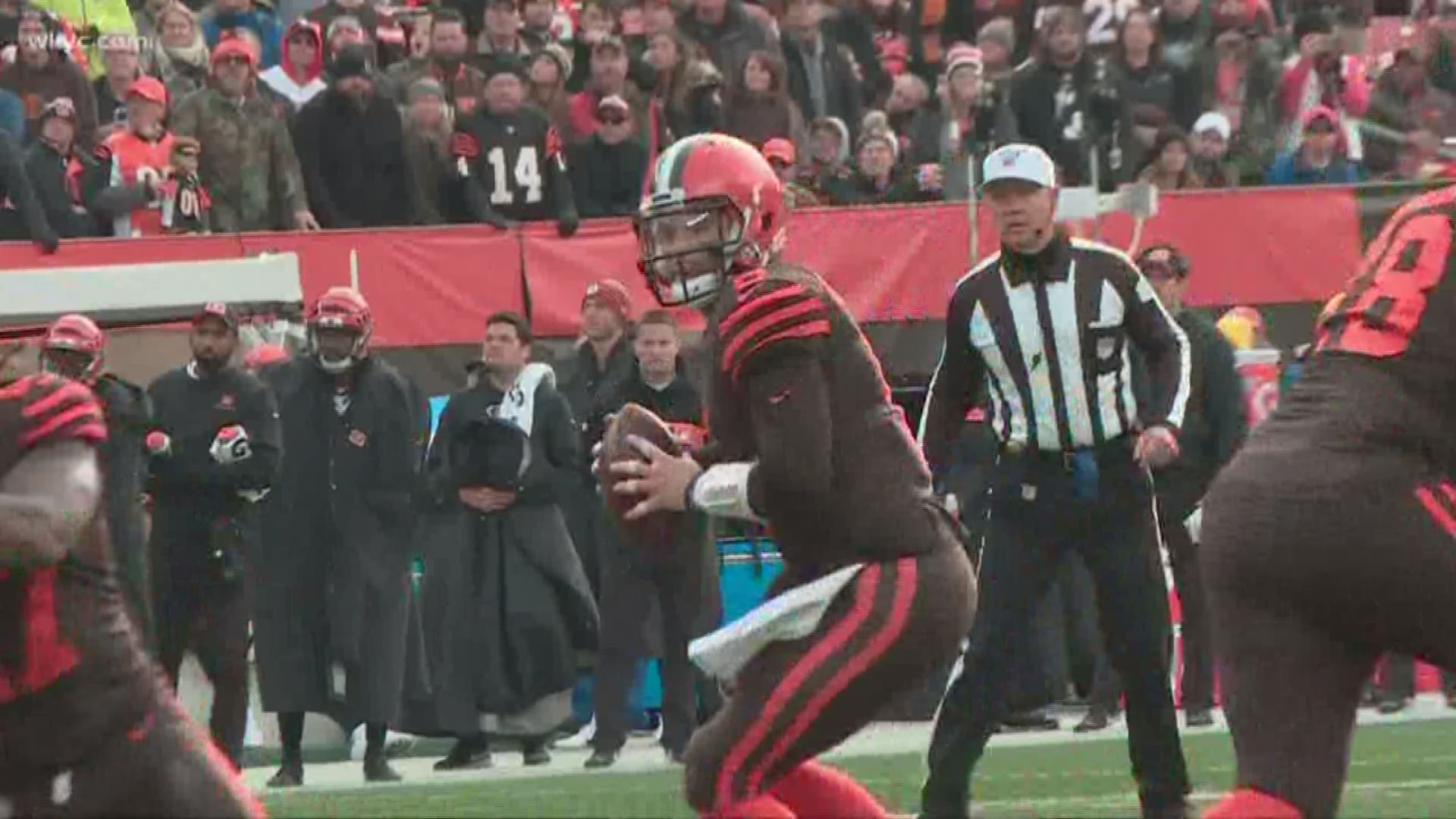 CLEVELAND — After three weeks of searching, the Cleveland Browns have themselves an offensive coordinator.

“To have the opportunity to come in and help build an offense from the ground up is exciting,” Van Pelt said in a release announcing his hire. “There are starting points, but to get to work with those guys and have Kevin in there just kind of make it our offense from Day 1 is pretty cool. The most important thing now is to get this system in place and make it as easy and friendly for the players so we can get off the ground and start rolling.

“You understand the passion of the Browns fans and the toughness of the city and the grittiness of the city. That’s obviously appealing. Having the opportunity to come here and work for the Haslams and to have the talent that’s here right now on board with the offense is a great opportunity.”

“We were looking for a guy that could come in here and really work together with the offensive staff that’s in place, work with me as we all talk about our vision for what we want our offense to look like,” Stefanski said.

Both Landry and Beckham Jr. eclipsed the 1,000-yard mark during the 2019 season.

“Playing against him for the last two years, you see the type of competitor he is, the type of player he is on the field, loves the game, plays it with passion,” Van Pelt said of Mayfield. “Those are all the things you’re looking for in a great player.

“It all starts with the run game and the play-action off it and the keepers that come off from the action. Obviously, having Nick is huge and Kareem (Hunt), those two are two of the best in the league. The outside receivers are tremendous players. To be able to come in and put an offense together with two 1,000 yard receivers and a 1,400 yard rusher is pretty exciting as a coach.”