JW Johnson, son-in-law of owners Dee and Jimmy Haslam, is relocating to Cleveland and will join the Browns as an executive vice president. 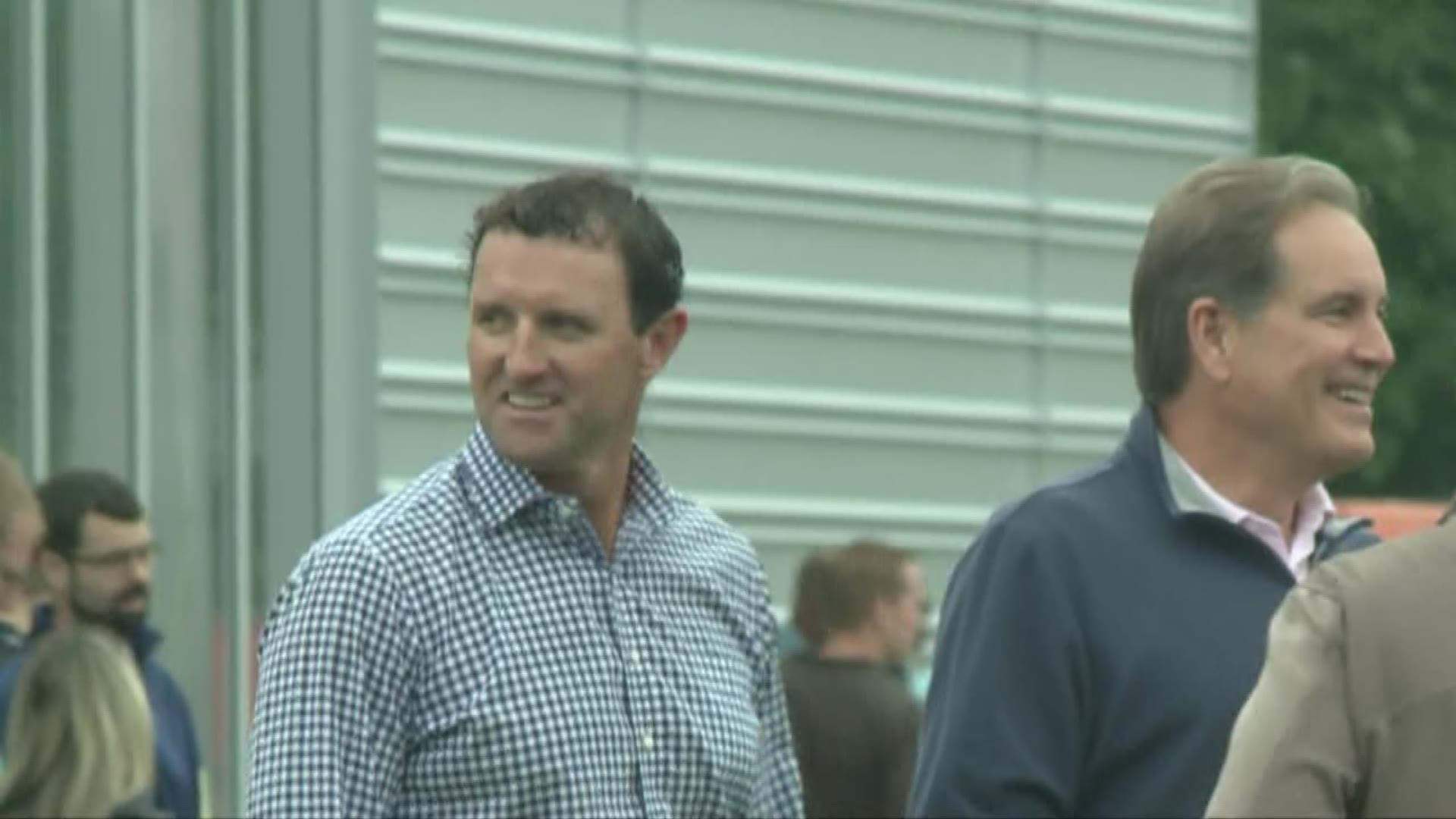 CLEVELAND -- JW Johnson, the son-in-law of owners Dee and Jimmy Haslam, is relocating his family to Cleveland and will take on an executive vice president role with the Cleveland Browns.

A Browns spokesperson confirmed the news after Wednesday’s minicamp practice at the team’s Berea headquarters saying the Haslams wanted to add Johnson to the executive staff “to make it more of a family business, very much in line with the structure of other NFL franchises.”

According to his LinkedIn page, Johnson joins the Browns with a background in journalism and multimedia, as he spent 15 years as an associate director/producer for CBS Sports before becoming the strategic wholesale sales manager at Pilot Flying J, and later, a development director for RIVR Media before founding his own company, 3 Sons Media.

Pilot Flying J is owned by the Haslams, while Dee Haslam is a partner/executive producer for RIVR Media.

By joining the family business, Johnson is looking to help turn around the fortunes of a Browns team that has struggled mightily in recent seasons.

With their New Year’s Eve loss to the Pittsburgh Steelers, the Browns went winless in a 16-game season for the first time in franchise history, and their 17th consecutive loss dropped the organization to a league-worst 1-31 since the opening game of 2016.

The Browns have not won on a Sunday afternoon since December 13, 2015. The 33 straight Sunday losses are an NFL record, and their 4-49 mark in the last 53 outings is the worst in the league in that span of more than four years.

Additionally, last fall, the Browns set the record for the worst 28-game stretch in NFL history, as they “bested” the previous mark of 2-26 set by the expansion Tampa Bay Buccaneers during the 1976-1977 seasons with a 1-27 mark that got four losses worse after Week 13.

Also, with Buffalo clinching a wildcard berth in the AFC last December, the Browns have the longest-standing playoff drought in the NFL.