A look at some of the special dishes and foods around town for the Browns opener. 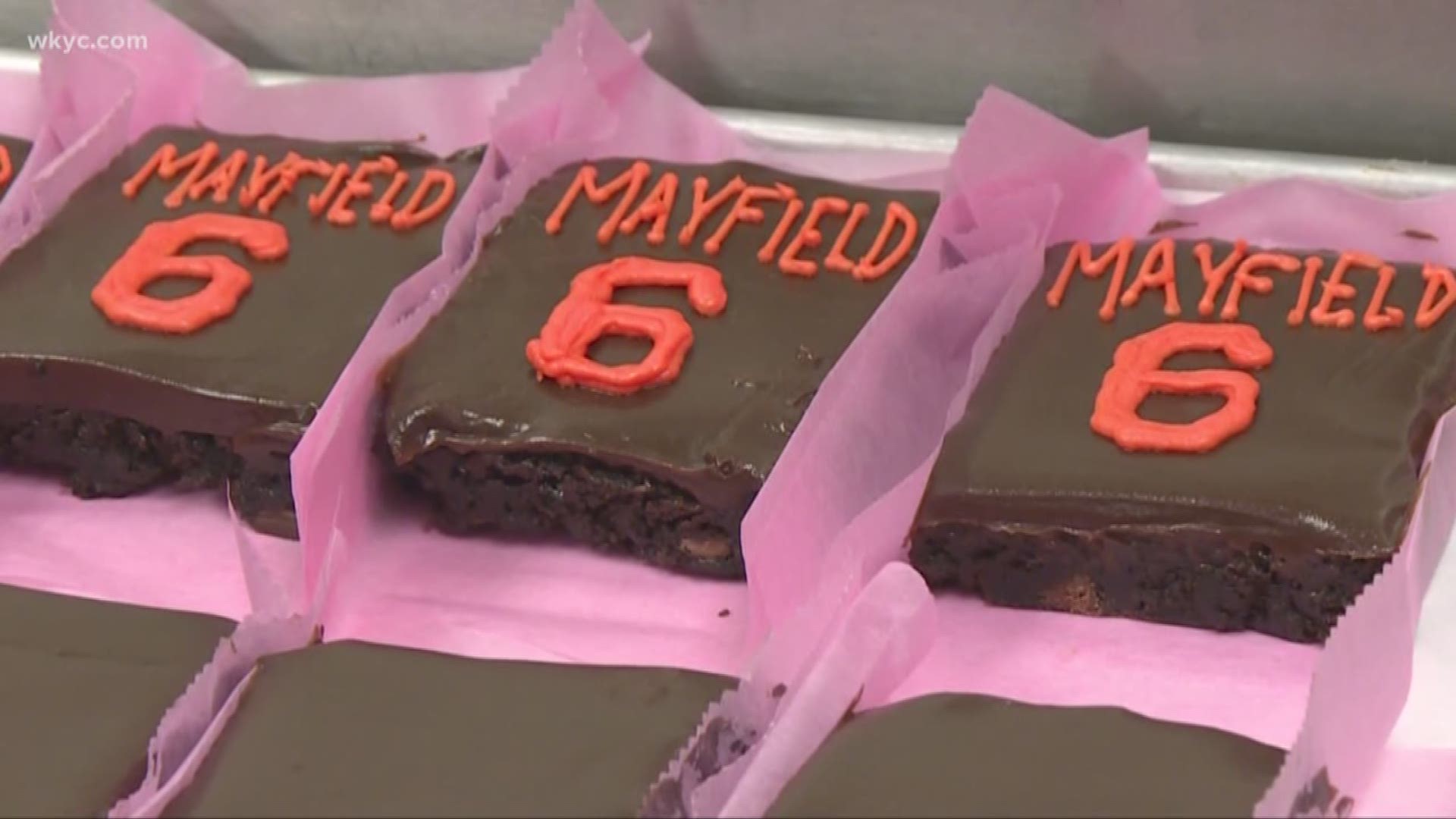 CLEVELAND — If there are two things that northeast Ohio loves, it’s the Cleveland Browns and food. With the Browns set to face the Titans in Sunday's home opener, it’s the time of year where you can double up on both those loves, even if you're not going to the stadium.

“Our famous Baker Bomb, which is a mixture of ground chuck, spicy Italian sausage, diced onions, bell pepper, and jalapenos, mixed together with cream cheese, wrapped up in a weave of bacon.” Says Erin Dionne of Dionne’s Meats in the West Side Market.

That’s just one of the options for Browns fans this Sunday.

Doug Caveney at Nuevo Modern Mexican and Tequila Bar says, “We're going to have some food specials. Nachos, our Nuevo Danger Dog and a ork shank appetizer before the game.”

If you are going to the game, and feeling dangerous, Michael Symon’s Dangerous Burger debuts at the B-Spot. It features “Baker’s Barbecue Sauce, spicy cole slaw, pepper jack cheese and habanero sauce. However, polish food is more of your style, Rudy’s Strudel in Parma is featuring Browns themed pierogis. The flavors include Dawg Pound Chili and they’re all sold in quantities of 13, or a baker’s dozen.

If you’re sweet tooth comes calling during the game, Fragapane Bakery in North Olmsted is working overtime, preparing thousands of sweets for hungry fans this weekend.

Caroline McMullen of Fragapane says, “Sunday is definitely going be crazy, we're probably going to sell out of the cookie.”

Meanwhile, Kelsey Elizabeth Cakes is also adding a Browns twist to fan favorites. “We have everything from our Cleveland sugar cookies with a lot of fun sayings on them to our Cleveland Browns brownies which are our chocolate fudge brownies with the different players jerseys on them,” says Kelsey Smith.

Of course, you may want to look the part while filling up and repping the latest gear.

"Around this time every year people are excited, but this year it's on another level, We've been dropping shirts pretty much every weekend for the past month, month and a half. We have 4-5 new designs coming this weekend, we're teaming with some of the players, so it's a really big weekend for us," says Greg Vlosich of GV Art and Design.

So whether you’re heading to the Muni Lot of just staying on the couch, there are plenty of ways to dress and dine like a dawg this weekend.

GUIDE: Everything you should know for the Browns home opener