Hue Jackson: It was ‘probably some of my best coaching’ during lean times with Cleveland Browns

Hue Jackson says it was ‘probably some of my best coaching’ during the lean times with the Cleveland Browns. 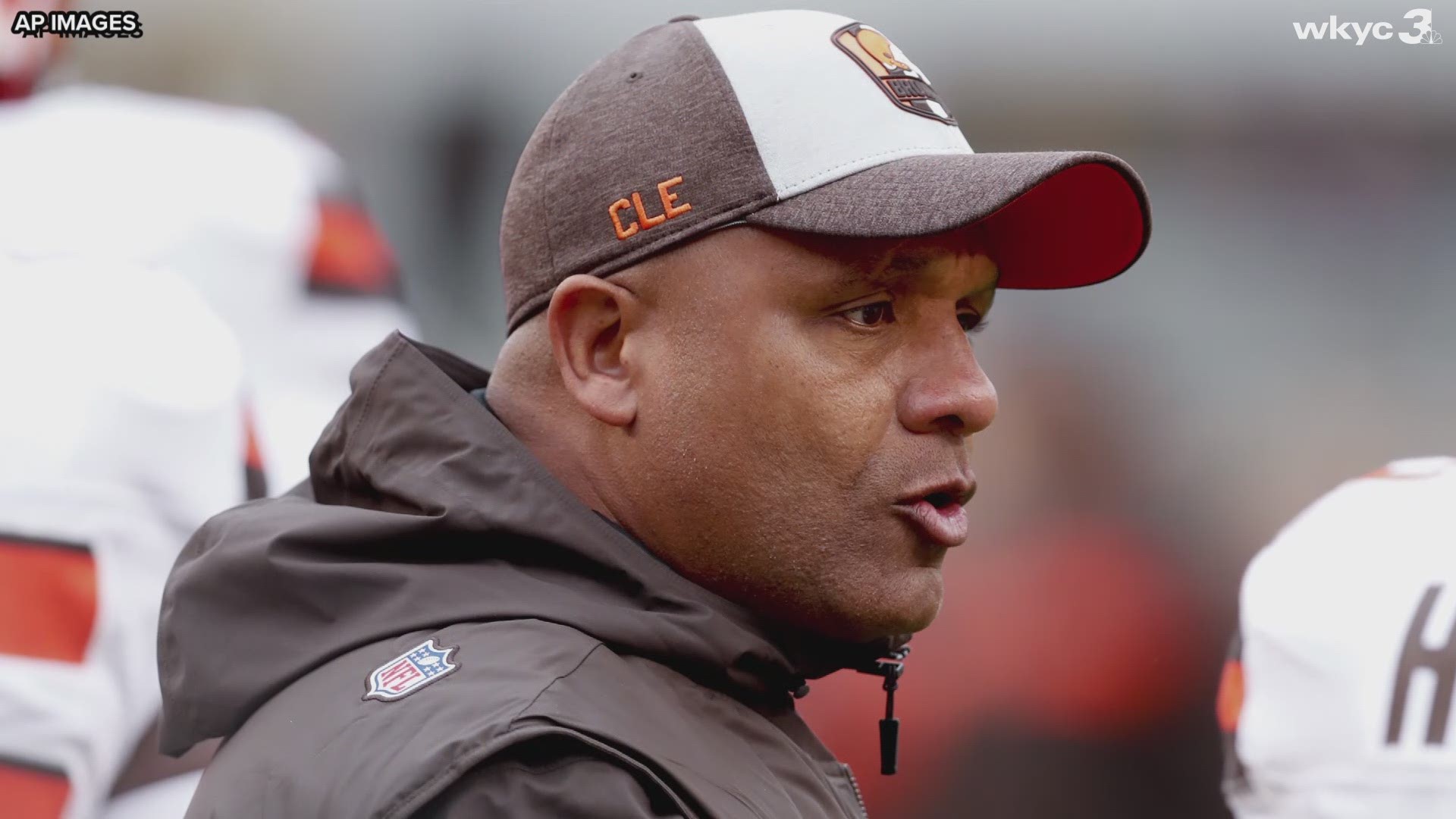 CLEVELAND — Former Cleveland Browns coach Hue Jackson believes things were not nearly as bad as they appeared during his two-plus years leading the team.

In an interview with Nick Wilson and Josh Parcell on WFNZ radio in Charlotte Wednesday, Jackson talked about the coaching job he did during his time with the Browns, who were 3-36-1 during his two-and-a-half seasons at the helm of the franchise.

“I learned a lot,” Jackson told WFNZ’s midday show. “The two years of the constant losing, I learned how to overcome that and still get guys to follow me and trust and believe in what I was trying to accomplish. You learn a lot about yourself because you’ve got to be able to stand in front of a group and keep them really going.

“I’ve said this before, I think during those times, (it was) probably some of the best coaching I did, contrary to what people think because you’re always doing anything and everything you can to find a way to win. Whether it happens or not, that’s not up to me, sometimes.”

Hired in January of 2016 to replace Mike Pettine, Jackson posted a 3-36-1 record and was 1-13-1 within the AFC North Division in his two-plus years as head coach of the Browns. Included in that record were the Browns’ two worst seasons in franchise history, a 1-15 mark in 2016 and only the second 0-16 season in NFL history in 2017.

A man of his word in that regard, Jackson jumped into Lake Erie with more than 100 members of the organization to “cleanse the losing” out of the Browns following the 0-16 season.

Jackson and the Browns were 2-5-1 through the first half of the 2018 regular season, and three of their five losses came in the waning seconds of regulation or overtime.

“You never want those kinds of narratives to be brought up with your name, but they are,” Jackson said. “At the end of the day, you didn’t win enough games, and it doesn’t matter why or how or any of that. All you can do is try to fix that in the future.

“I hope people don’t forget all the things that you’ve done in your career up to that point, that you’ve been one of the better coaches in the league, led good offenses, coached good offenses and coached some really good players. That’s all you can hope for.”

Credit: David Richard
Hue Jackson, center, special assistant to the head coach for the Cincinnati Bengals, reacts on the sideline in the second quarter against the Cleveland Browns at FirstEnergy Stadium on Sunday, December 23, 2018.

Hopeful that he will get another chance at being a coordinator or head coach in the NFL, Jackson was not upset with the treatment he received from his former players, namely quarterback Baker Mayfield refusing to talk with him after the Browns defeated the Cincinnati Bengals in November, and then, staring down his one-time coach after sealing a win in the return game in Cleveland in December.

“At the end of the day, those guys were trying to do whatever they needed to do to rally their team, to be the best they could be,” Jackson said. “I wasn’t there anymore. Do I wish some things didn’t happen that way? We all do, but at the same time, I understood where they were coming from and the point they were trying to make.

“If I was on another team and leading another team at the time, I would’ve been trying to kill them, too, so that’s just part of it.”