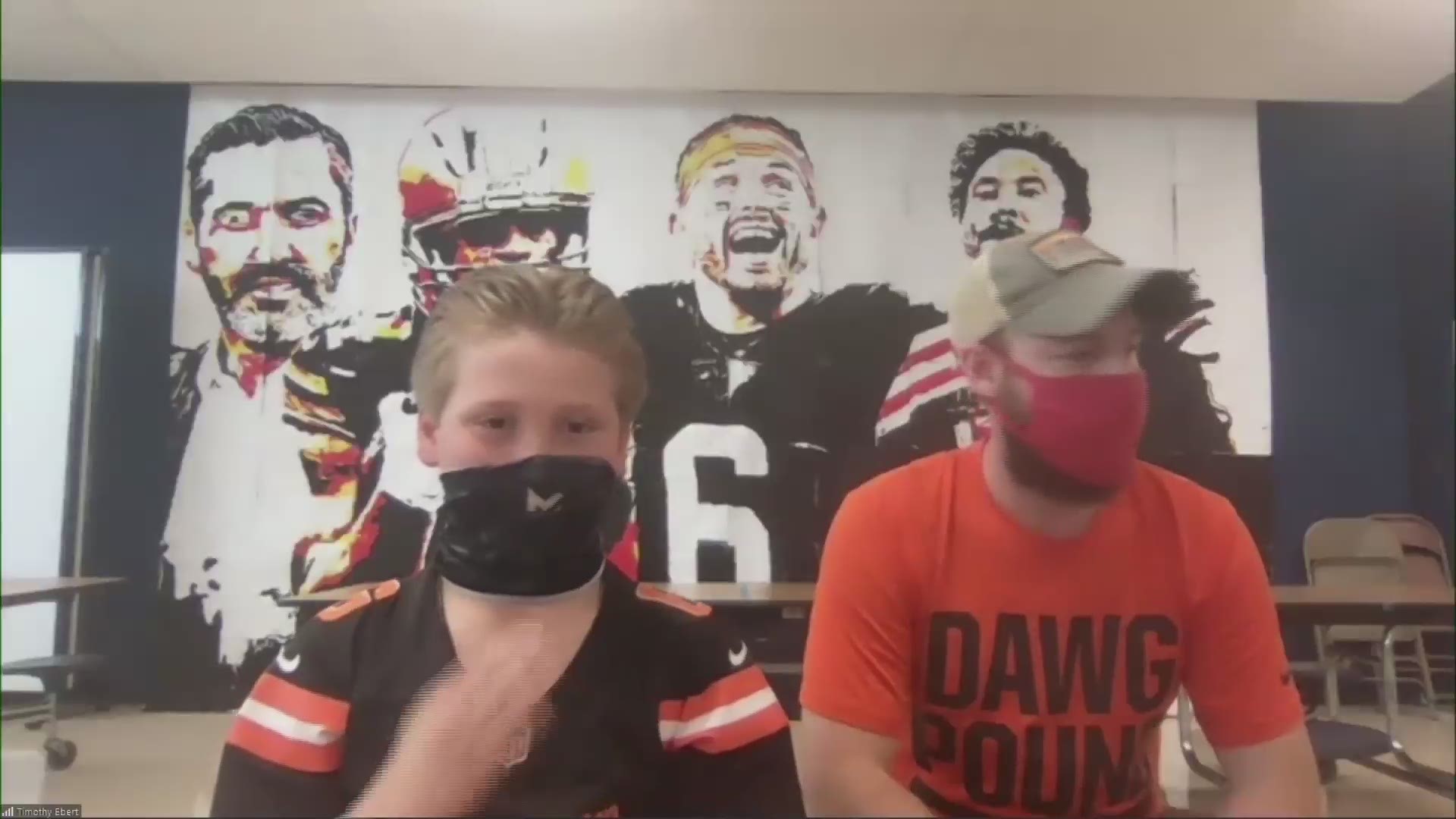 They made a Cleveland Browns mural, featuring Head Coach Kevin Stefanski, Nick Chubb, Baker Mayfield and Myles Garrett. The mural is 18x10 feet and is composed of 84 individual pieces individual pieces. Each of the 75 fourth graders contributed one piece of the drawing, then painted it, making up the completed mural. The rest of the pieces were blank.

“So we each just got like, one piece of it, to paint it, then we put it all together like a puzzle and it turned into a mural,” fourth grader Zaun French said.

The group used Adobe Photoshop to break down the photo into three colors, then they created a grid system to break the photo up into individual drawings for each student. It took them about three weeks.

The murals have become something of a tradition at the primary school. Over the past several years, students have created a mural for the Cleveland Cavaliers, one for the City of Independence Bicentennial celebration, and another in remembrance of a beloved music teacher, Joan Sidor.

“We started this about eight years ago and each year we kind of pick something that is popular, that’s kind of going with the times,” Independence Primary art teacher Mike Gruber said. “One of our other famous ones, we did a 2016 Cleveland Cavaliers mural and we got really lucky with that, it was right around the same time and we’re kind of hoping to continue that tradition here with the Browns.”

This year’s mural will be featured at the annual spring art show, which is making a comeback after being canceled just days before it was scheduled to take place last year, due to the pandemic. The show will feature artwork from all the students at the primary school. It will be held on Thursday, May 13 at 4 p.m. on the baseball fields at Elmwood Park and is open to the public. But first, Gruber and his students hope some others check it out.

“I want to find some way to get it down to the Draft, have everyone see it down there for next weekend’s festivities,” Gruber said.

“Yeah, I wish that like, Baker Mayfield, or one of those people would come see it,” French said.

The project was very enjoyable for the students involved.

“We had a lot of fun making it. It was a team effort,” French said. Then, he and Gruber both added, “Go Browns!”