On Wednesday, the Cleveland Browns officially announced that they have acquired wide receiver Odell Beckham Jr. in a trade with the New York Giants. 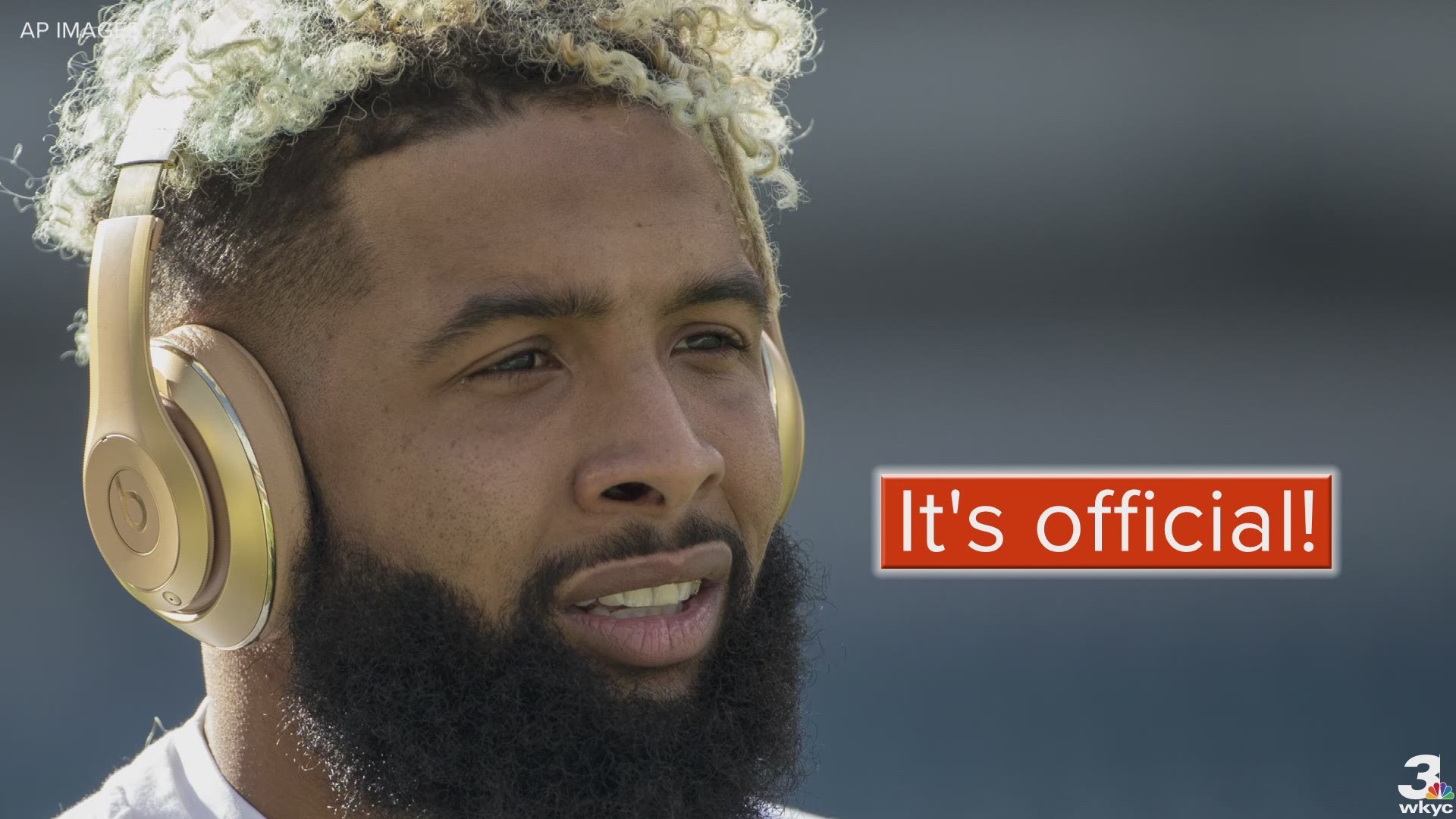 CLEVELAND -- Odell Beckham Jr. is officially a member of the Cleveland Browns.

One day after Mike Garafolo of the NFL Network first broke the news of the blockbuster trade, the Browns announced the deal following the start of the new league year at 4 p.m. ET on Wednesday. As had previously been reported, Cleveland will acquire Beckham from the New York Giants in exchange for first and third round picks in the 2019 draft, as well as safety Jabrill Peppers.

"He's probably if not the one, one or two best receivers in the National Football League,” Browns general manager John Dorsey said in a statement. “Very rarely do you get a chance to acquire a player of this magnitude. He's at a relatively young age. He's got a lot of football left in him. Great hands, great work ethic, committed, competitive, he really wants to be great. And that's all you can ask for."

Over the course of his five seasons in New York, Beckham earned three Pro Bowl selections and was twice named second-team All-Pro. In that span, he recorded 390 receptions, 5,476 yards and 44 touchdowns and signed the richest wide receiver contract in NFL history -- a 5-year, $90 million deal extension set to kick in this year.

In coming to Cleveland, Beckham rejoins fellow wide receiver and close friend Jarvis Landry, who he played alongside during his college career at LSU. He also joins what will now be considered one of the most potent offenses in the NFL, which includes quarterback Baker Mayfield, running backs Nick Chubb and Kareem Hunt, tight end David Njoku and wide receivers Antonio Callaway and Landry.

“I’m extremely excited about the opportunity to be part of this organization and the direction they are headed,” Beckham said. “I’ve already witnessed the energy fans bring in that city having been to some playoff games at The Q. Browns fans deserve a winning football team. This is a fresh start for me and it’s going to be great to join Baker (Mayfield) and Jarvis on this team. I will always appreciate the opportunity the Giants granted me and I’m thankful to them along with the fans and people in that city for supporting me.

“The Browns are an organization that is moving forward and it’s exciting to be a part of something special that is in the process of being built. We have a lot of work ahead of us but I really feel like it’s time for the Browns to come together, start winning a lot games and I’m grateful to be a part of that going forward.”

Hours after it was first reported he was heading to Cleveland, Beckham took to Instagram to celebrate the news.

In addition to Beckham, the Browns also announced the acquisition of pass-rusher Olivier Vernon, who they received in exchange for guard Kevin Zeitler in another trade with the Giants.

“Then, when you talk about the players. Each of them respectively are very good football players who will come in here and help us achieve our goal, and that's to be competitive year in and year out in the AFC North. And hopefully, they are some of the pieces that will help us awaken this sleeping giant."