Jarvis Landry: Cleveland Browns ‘may not be as good as we thought we were, need to find ways to reach potential’

Cleveland Browns receiver Jarvis Landry wants the team to play to its potential after an offseason of optimism with additions to the roster. 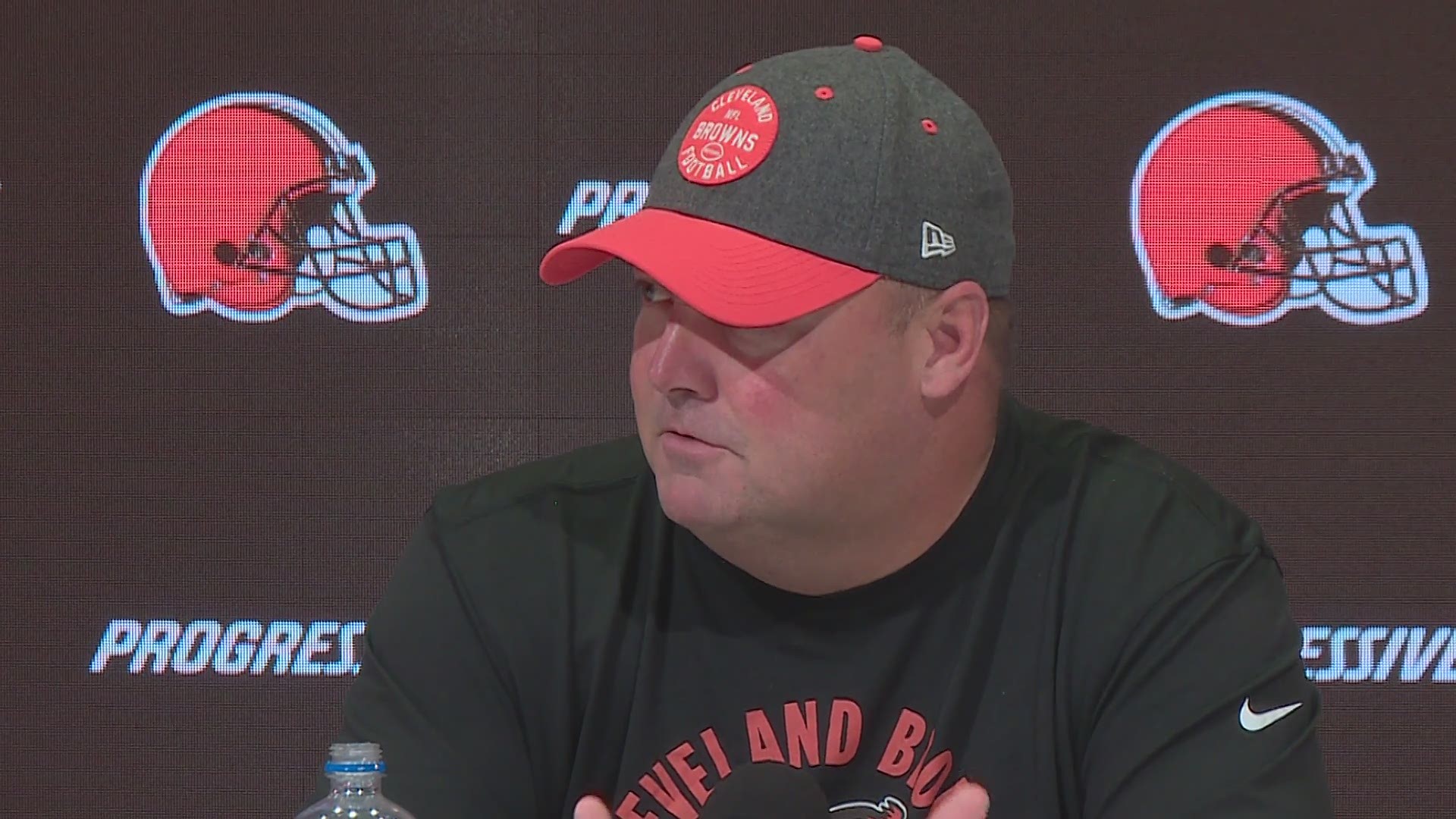 CLEVELAND — “How do you want to be remembered?”

As the team that failed to fulfill great expectations or the one who fought through struggles to achieve the ultimate goal?

That is a question facing the 2019 Cleveland Browns heading into Sunday’s game against the Seattle Seahawks at FirstEnergy Stadium in Cleveland.

Despite their 2-3 record, of which two of those losses were by four scores, the Browns find themselves a game out of first place in the AFC North Division. However, the Browns are in the midst of a stretch of high-level opponents and all of the plans Cleveland’s players had on breaking the NFL’s longest playoff drought could be in jeopardy if something does not change in short order.

“Even though it’s early, it’s definitely a point in our season where we have to hit the ground running,” wide receiver Jarvis Landry said. “We have to get going like right now. No more peaks and valleys. The biggest thing about teams in this league, great teams, playoff teams, they put streaks together. At some point in the season, they put a couple four, five-game streaks together.

“We’ve got to find a way to do that, and we can start with it before the bye. The panic button is not the thing. Our focus has to be on, ‘We may not be as good as we thought we were, and we need to find ways to play to our potential.’ We just haven’t really been playing to our potential.”

“Right now, the season can go either way,” Beckham Jr. said. “We are at that fork in the road.

Players like Beckham Jr. and Landry see the challenges in front of the Browns, but recognize the opportunity they have to turn around the season in a positive way.

The Browns took their corrections from Monday’s loss and immediately began preparing to face a hungry Seahawks (4-1) team that are a half-game in back of the San Francisco 49ers for the top spot in the NFC West Division.

“We have to look at ourselves and figure ways around this, ways that we can find improvement, and then, go out there and play complete games,” Landry said. “It’s going to come down to offense, defense and special teams.”

Admittedly, the early-season struggles have been ‘tough’ to manage at times, but he is confident that if the Browns players contribute at a high level, things will turn around soon.

“I’m one of those guys that hates losing more than I love winning, and it’s tough, but at the end of the day, as a leader, guys look to see how you react, how you respond, and I try to keep a level head and stay neutral throughout the whole process, understanding the potential that we do have,” Landry said.

“We haven’t been playing to our potential. We haven’t been the disciplined football team that we would like to be. We haven’t been making enough plays, whether we’re being put in position or not. Our playmakers have not been given a lot of opportunities to make plays. We’re 2-3, and easily, a couple of those games…our record could be flipped to 4-1.”