Jarvis Landry: It feels ‘good to be back’ with Cleveland Browns teammates

After clearing NFL Concussion Protocol, Jarvis Landry is happy to be back with his Cleveland Browns teammates. 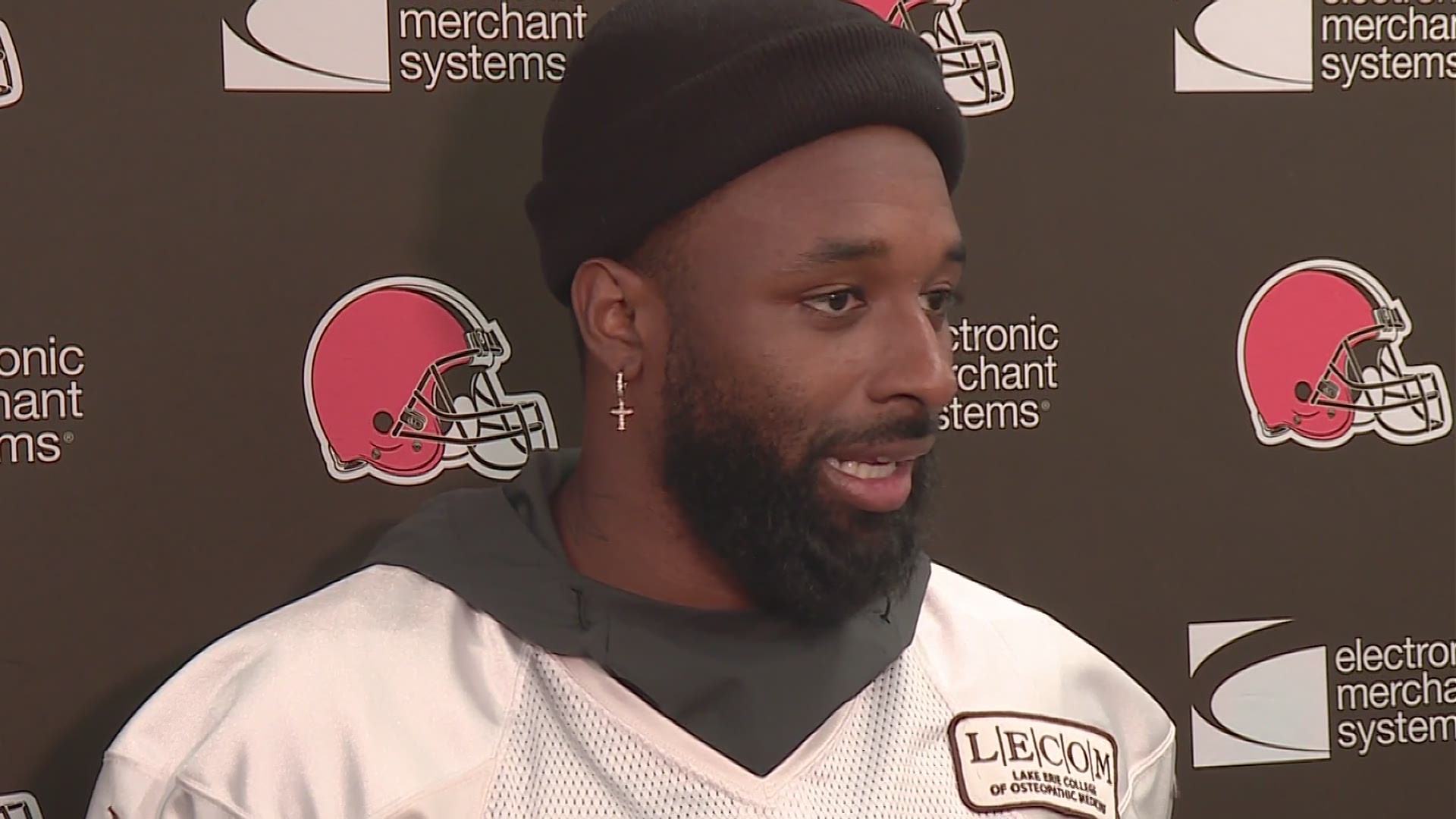 CLEVELAND — Cleveland Browns wide receiver Jarvis Landry spent most of the week in the NFL Concussion Protocol after he suffered a head injury in the third quarter of last Sunday’s 40-25 road win over the Baltimore Ravens at M&T Bank Stadium.

But when the Browns took the field for Friday’s practice at team headquarters in Berea, Landry was back in uniform after he cleared the protocol and joined his teammates in their preparations for this week’s Monday Night Football game against the San Francisco 49ers at Levi’s Stadium in Santa Clara, California.

“I am good,” Landry told the media in the locker room following Friday’s practice. “Good to be back, too.”

Credit: Matt Florjancic
Receiver Jarvis Landry tries to deflect a pass to himself in the individual period of Cleveland Browns practice in Berea on Wednesday, Sept. 4, 2019.

Officials on the field, in the press box and at league offices in New York carry the responsibility of sending players to the medical tent for further evaluation if they see a player experience a forcible blow to the helmet, and that was the case for Landry.

“Honestly, I got to the sideline and nothing was wrong,” Landry said. “New York called, and that is that.

“It was a long process, even after the game and even during the game to go through the concussion protocol. I had never been through it before, so I did not think I would even miss the rest of that game. I thought I would be back that game, but the NFL decided that it was best that I did not go back out there and go through the protocol first.”

During his first season with the Browns after being traded by the Miami Dolphins in the 2018 offseason, Landry turned his 81 receptions into 976 yards and four touchdowns, rushed for 60 yards and one score on just three attempts and completed one of his two passes for 63 yards.

Additionally, Landry, who earned Pro Bowl status for his contributions to the team, completed a two-point conversion pass to quarterback Baker Mayfield in a 21-17 win over the New York Jets on Thursday Night Football at FirstEnergy Stadium in Week 3.

But with offseason additions to the roster, specifically on offense, Landry found some tough sledding through the first three weeks of the 2019 season, as he had only 10 receptions for 161 yards and no touchdowns. However, Landry had a breakout performance against the Ravens before suffering a concussion in the second half.

Credit: Matt Florjancic
Receiver Jarvis Landry fights to stay in bounds after making a catch during a drill at Cleveland Browns Practice on Monday, August 26, 2019.

Landry turned his 10 targets into eight receptions and a single-game career high 167 yards in the Browns’ most prolific offensive showing ever in a game at Baltimore. Landry was the game’s leading receiver and registered the longest pass play of the afternoon, a 65-yarder in the waning seconds of the second quarter that helped set up Austin Seibert’s 24-yard field goal, which put the Browns up, 10-7, at halftime.

On special teams, Landry averaged 12.0 yards over four punt returns with five fair catches. Landry had a long burst of 18 yards in a 23-3 win over the Jets on Monday Night Football at MetLife Stadium in East Rutherford, New Jersey in Week 2.