'Injuries happen to every team. They’re a big part of the NFL and it’s a waste of time to use them as an excuse for losing. But this is getting ridiculous.' 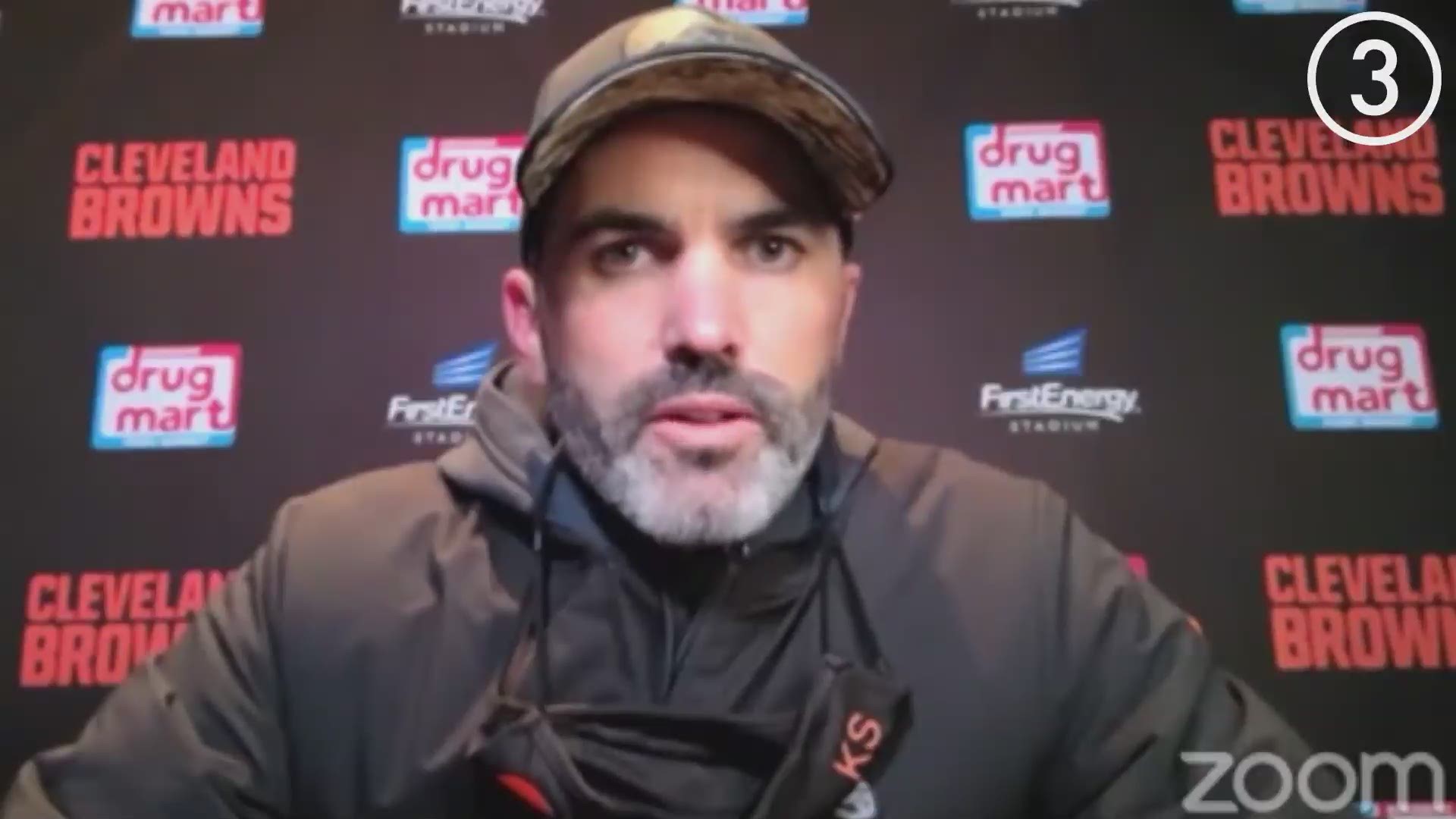 CLEVELAND — Nick Chubb was built for games like Sunday's Browns loss to the Raiders. Too windy to throw, games like this are won on the ground.

Who can pound the rock better? Who can grind out drives and squeeze out points however possible. Chubb would’ve been outstanding in the cold, wind, and graupel at FirstEnergy Stadium, but he was unavailable. So was Odell Beckham Jr., and Austin Hooper, and Wyatt Teller, and for most of the 16-6 loss to the Raiders, Myles Garrett was a spectator, too.

Injuries happen to every team. They’re a big part of the NFL and it’s a waste of time to use them as an excuse for losing. But this is getting ridiculous. Any team in the NFL would be hard pressed to win if forced to play without their best running back, best wide receiver, best tight end, one of their best offensive lineman and for much of the game without their best defensive player.

That was the reality for Kevin Stefanski’s Browns as the team lacked the same spark against the Raiders that propelled them to one of their most exciting wins in years last weekend against the Bengals. Everything about the loss just felt off. Baker Mayfield was ineffective throwing the ball in the blowing winds which often registered 35 miles per hour. Seemingly every critical call and replay went against the Browns. And perhaps most disturbing was a Browns defense that forced the Raiders to punt just once after the Bengals didn’t punt at all in last weeks game.

The Achilles' heel of this football team is clearly the defense, and more specifically its effort on third down. The numbers for the year are staggering. Sunday the Raiders picked up one critical third down after another, 8 for 14 for the game, to go along with a perfect 2 for 2 on 4th down tries. Opponents against the Browns this season on 4th down tries are a staggering 13 for 14. How is that even possible? Opponents against the Browns on 3rd and 4th down this year have combined to pick up first downs 54 percent of the time. That is a recipe for disaster. On 3 of the Raiders' 4 scoring drives, the Browns' defense was poised to force punts, but each time the Raiders were able to convert on 3rd and longs, and twice converted 4th downs to stay on the field. That allowed the Raiders to dominate the time of possession 37:43 to 22:17.

The Raiders dominated the ground game as well, rushing for 208 yards to the Browns 101 yards. Both teams averaged 4.6 yards per rushing attempt. The Raiders just committed to the run while the Browns, who came into the game with the 3rd best rushing attack in the NFL, ran just 22 times compared to 25 passes. The Browns tasing offense is 27th in the NFL. How many different ways can it be said? This. Is. A. Running. Team. I can’t figure out why they can’t seem to figure that out. I know Chubb being unavailable changes things, but the Browns were still averaging exactly what the Raiders were per rush. It’s not like the Browns were down by multiple scores for much of the game and HAD to pass. As mentioned, they were down their best wide receiver and tight end. It defies logic why a team whose strength is clearly running the ball, chooses to pass more than run, particularly with inclement weather conditions.

This was a winnable football game. The Raiders are a better team, particularly with Cleveland missing so many key players, but the Browns made very few plays when they needed them. Too many drops in big spots. Too many penalties. Too few big tackles. Too little passion to be honest. It’s impossible for any team to get up to the same level for every game, but this just looked like a team going through the motions. It looked like a completely different group from the one that pulled a rabbit out of the hat last week against Cincinnati. That’s the mark of a young team learning to win and that’s clearly where this team is. With just one win against a winning team it appears 5-3 has more to do with who they’ve played and less to do with who they are.