'A win is a win, and if any team knows how difficult they are to come by it’s the Browns.' 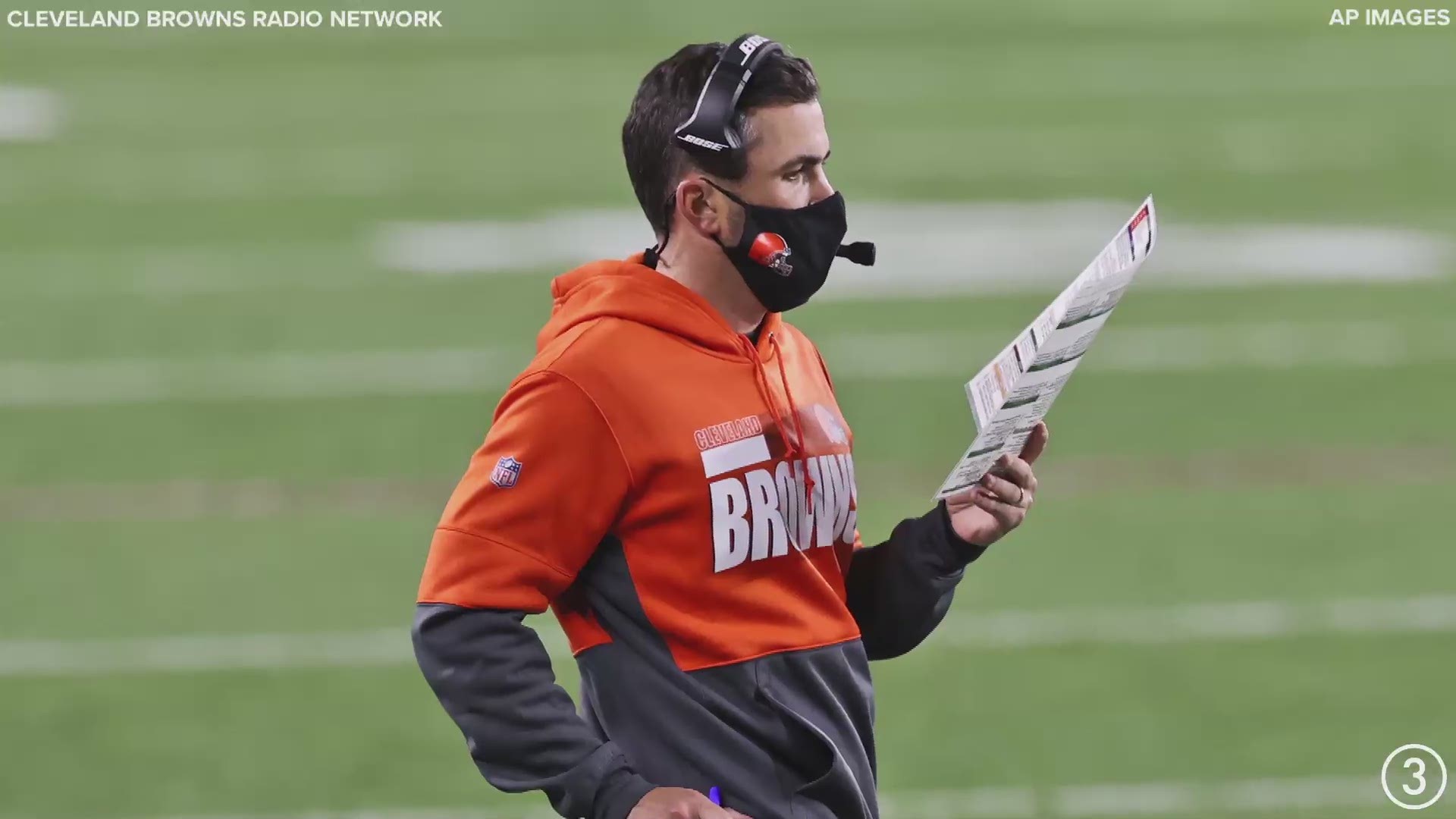 So are the Browns closer to the team we watched edge the Bengals last night, or are they more like the squad that got worked last Sunday in Baltimore? The obvious and simple answer is somewhere in between. The next few weeks will give us a better idea, but it’s clear the Browns are still very much a work in progress.

A win is a win, and if any team knows how difficult they are to come by it’s the Browns. 1-31 is still all too fresh in the memory banks. No team should ever apologize for beating another NFL team. So be excited with the W, just don’t be fooled.

The Browns offense pitched a nearly perfect game. Baker was 2018 Thursday night Baker, Odell Beckham Jr. was involved and smiling, and the running game with the 1-2 punch of Nick Chubb and Kareem Hunt resembled the Pruitt boys of the Kardiac Kids era, especially with the sweet orange pants and brown top uni combo. (FINALLY!) But also know this, the Browns offense punted just once. They committed just one turnover. They scored five touchdowns, yet they still needed to recover an onside kick to secure the 35-30 win against a bad football. That’s a razor-thin margin for a team that put up more than 200 yards on the ground with an effective passing night from Mayfield.

RELATED: JIMMY'S TAKE: Cleveland Browns 'did what they needed to do' by running the ball well in win over Cincinnati Bengals

Before we get to the concerns, let’s hand out a few more props. Kevin Stefanski did a masterful job in getting his team in the right place mentally following the Baltimore beatdown. That’s especially tough with the short week. Offensively the Browns were crisp and sharp thanks in large part to an offensive line that looked a real life NFL offensive front. Baker was kept clean and whether Chubb or Hunt was carrying the rock, the holes were there. The two tight end set looks like a winner and it was clear from the very first play Stefanski has recognized Baker is at his best when he's on the move. Stefanski got Baker moving and off his spot with play action, and when they did he was 4-5 for 87 yards and a TD. Sure, they did it against a defense that even this morning most Browns fans would be hard pressed to name two players, but it sure beats the alternative.

Special teams were better but it's hard to play any worse than they did in Baltimore. Cody Parkey hit all five extra points but his kickoffs were definitely a concern. Only three of his six kicks went for touchbacks while another went out of bounds to set up the Bengals with a short field. His two other kickoffs were returned 40+ yards by one of the league’s best kick returners in Brandon Wilson. And as much as we love seeing Jamie Gillan’s flowing Scottish locks, it was good to see him just once last night. And no fake punts.

Now to the concerns -- and this one is easy. The defense. They had their moments applying nice pressure trying to rattle a poised rookie. But they needed many more plays like the Myles Garrett-forced fumble to give the Browns a shot at redemption from their previous goal line failure.

From early on it was obvious the Bengals were not interested in running the football. It’s supposed to be easier to shut down a team when they’re carrying a sign advertising what their game plan is. There was nothing easy about it last night for the Browns. Joe Burrow showed why he was the easy choice for the Bengals with last year’s overall number one pick. He threw the ball an incredible 61 times and for the most part was accurate with great decision making. He had no picks in 61 attempts while Baker threw one interception on just 23 tries. Think about it. The Browns were run dominant, 35 runs to 23 passes. The Bengals ran the ball 24 times, yet still Burrow had more passing attempts than the Browns had offensive plays.

You would think with the Browns sustained drives and running game they would have won the time-of-possession battle. The Bengals had the ball seven more minutes than the Browns. Burrow threw that many times because guys were open. At least guys not covered by third-year man Denzel Ward, who like Baker, turned back the clock to 2018 last night. Ward was special and it was great to see, but there is still much work to be done by a defense that has now allowed a whopping 68 points over the first two games. Yes, the defense is missing critical pieces due to injury, but for the Browns to end the 2020 season with more wins than losses that unit will need to show the kind of improvement week to week we saw from the offense last night.