'What a win, one that we'll all remember.' 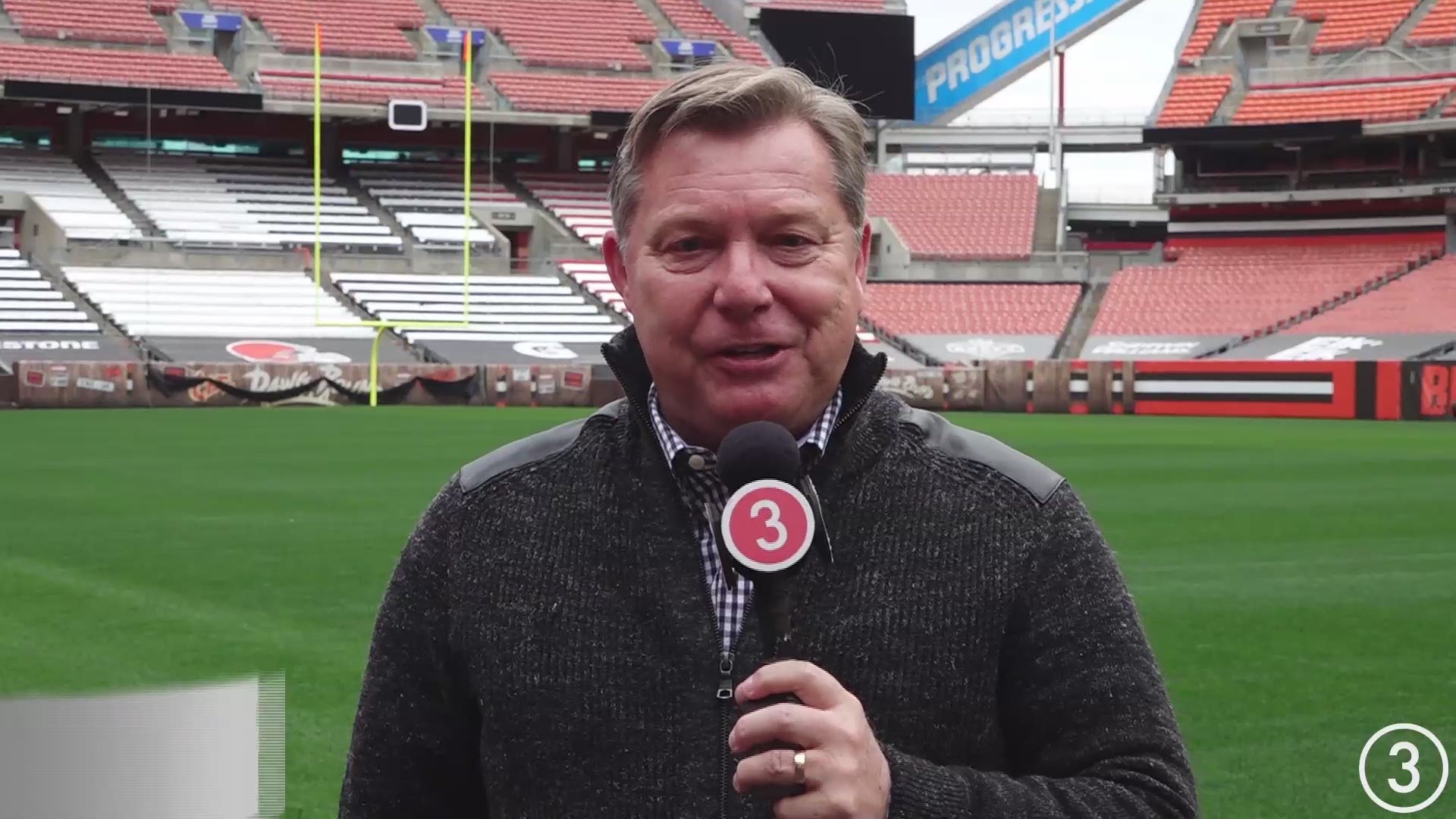 CLEVELAND — Well, the "Battle of Ohio" certainly lived up to its title.

Through the recent years, it has been a battle in name only, because normally the Bengals and Browns have not been competitive at the same time. But this one will go to the top of the list, at least for the Browns, as they win 37-34 in an amazing comeback.

Down three with 1:06 left to go, Baker Mayfield finally became a real franchise quarterback. When teams are down to their last drive and losing and in need of a score, that's always when you see a franchise quarterback step up, & that's exactly what he did. Sure, he did it once against Buffalo last year, but this was so much different.

With no timeouts and the ball at his own 25-yard line, Mayfield steered the Browns down the field with clutch throws and then the ultimate clutch throw: A touchdown pass to rookie Donovan Peoples-Jones, a sixth round draft choice out of the University of Michigan who made a great catch and got both feet in bounds. With 11 seconds to go, Cleveland took the lead for good, and ended it on top when time expired.

The Browns are 5-2 on the year, but getting to that fifth win was quite a ride. Who would've ever thought Mayfield would have that kind of a day? All week long leading up to the game after the beating he took in Pittsburgh, he was under scrutiny from national pundits and people locally who thought "This guy's regressing."

It looked that way at the start of the game, after his first pass of the afternoon went for an interception. Odell Beckham Jr. also hurt his knee on the play and would not return, and Mayfield was 0-for-5 on his first five throws.

That guy finally reappeared once again: He was as confident and as cocky as he was at Oklahoma when he took home the Heisman, and when he took the NFL by storm and set the rookie record for touchdown passes. It looks as though he's back, sore ribs and all.

Now for the Browns, they are not perfect, believe me. Their defense was pathetic in the second half, as they could not stop Joe Burrow (who's another story). They are going to have to get better, especially since they were healthier going into this game.

Burrow picked them apart, throwing for more than 400 yards in the game. He isn't going to be great; he's already great, provided he can stay healthy behind that Bengal offensive line.

Regardless, what a win, one that we'll all remember. Win number five, destination: playoffs. They're back on track, and as a matter of fact, they're back home Sunday to take on the Las Vegas Raiders. They'll pretty much spend the entire month of November at FirstEnergy Stadium, hoping that at some point, they'll get the great but injured running back Nick Chubb to join this offense.

What a celebration for a the Browns. A clutch win in a classic game against the down-state Bengals. Baker's back in town.