'They are a running football team, and the one-two punch of Nick Chubb & Kareem Hunt got them over the finish line.' 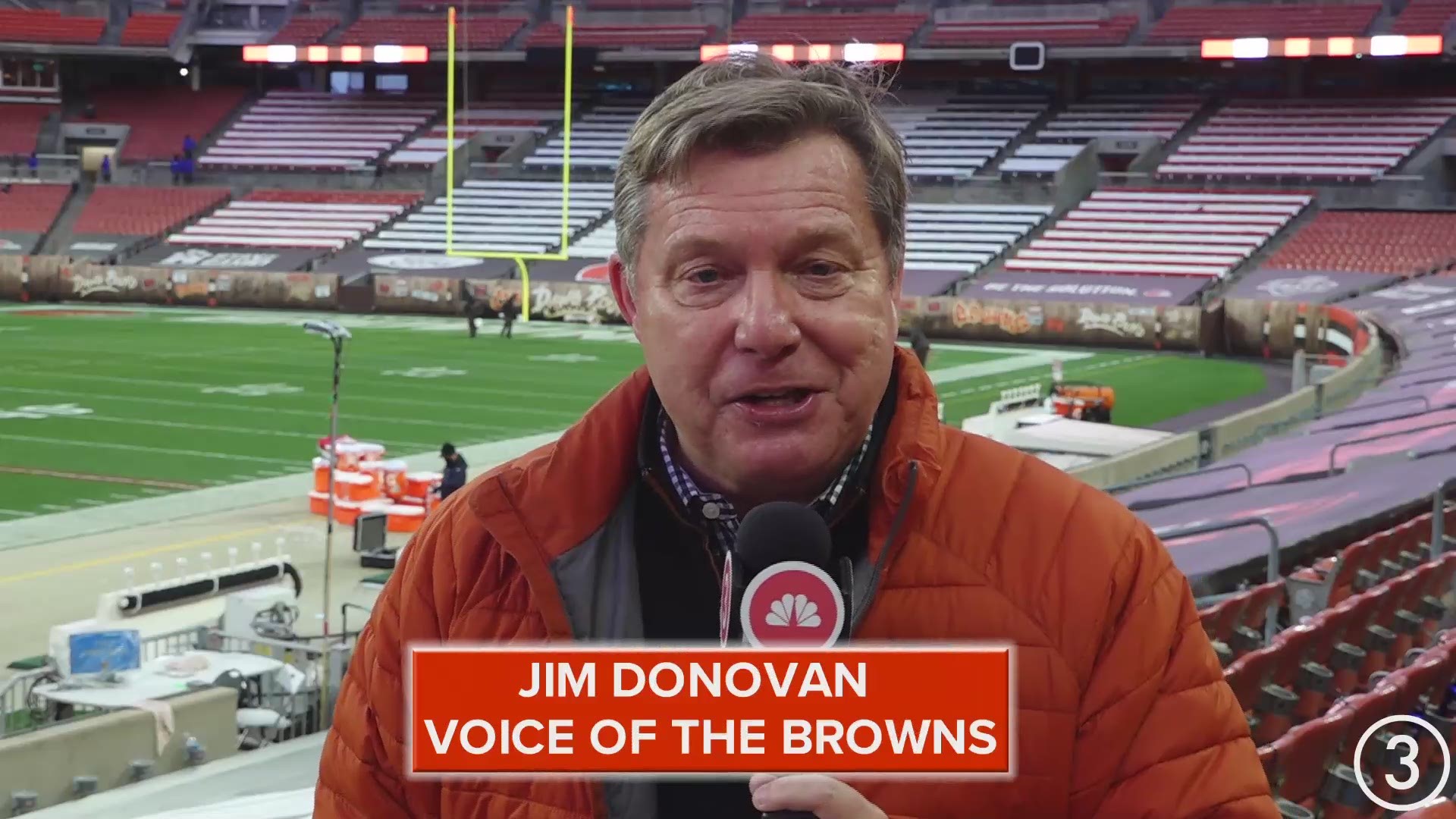 CLEVELAND — In the NFL, you can win games in a lot of different ways. That was the case on this Sunday, as the Browns come off the bye week to hang on and beat the Houston Texans for an important 10-7 win to get them to 6-3 on the year.

The Browns went to school and learned their lesson from a couple of weeks ago, when they got "out-weathered" by the Las Vegas Raiders. Remember, Vegas settled into the rain and snow and sleet during that Week 8 showdown by running the football. They were patient, and won the game 16-6.

Well, same scenario on this Sunday afternoon, as the game was actually delayed for over a half hour because of an emergency weather situation that sent the teams and the crowd underneath for protection. But when it was time to play, the Browns found their identity once again, doing what they did in the early part of the year when they got off to that 4-1 start.

In short, they ran the football. They are a running football team, and the one-two punch of Nick Chubb and Kareem Hunt got them over the finish line on this day, with dreams of the playoffs back on track once again.

Right away, the Browns were crisp offensively, and Cody Parkey kicked a field goal (not an easy thing to do today) from 41 yards out. It remained 3-0 well into the second half, when finally, Cleveland got its running game going and Nick Chubb carried the final 35 yards on a touchdown drive.

But the Texans came back, led by the great quarterback Deshaun Watson. It was suddenly 10-7 after he hit Pharaoh Brown for a touchdown, and the Browns had catastrophe hit on the ensuing kickoff when Donovan Peoples-Jones mishandled it before finally recovering it at the Cleveland 3.

Now, what would the Browns do? They ran the ball, as Kareem Hunt got them some big first downs and then Nick Chubb gave them one of the great plays for an intelligent football player to make.

On a 3rd down and 3 from his own 40-yard line, Chubb took a pitch to the left sideline, got wide, got the first down, and then broke free. He was gone for what looked to be a 60-yard touchdown, but instead--ever the pro--he went out of bounds at the Texans 1-yard line, ensuring that Houston would not get the ball back again.

It was a brilliant move. I'll tell you what, you line up a hundred NFL players, and I think a hundred would've taken that into the end zone. But we have Nick Chubb (thank heavens for that), and the Browns players and coaching staff appreciate him more and more each day he puts on that orange helmet.

So the Browns are 6-3, and the Eagles are coming to town next Sunday. Is it winnable? Yes. Can they beat the weather, too? Maybe they'll have to do it again, but on this Sunday, they did both.