JIMMY'S TAKE: Even after 'frustrating' end to great season, 'the Cleveland Browns' winning culture is here' 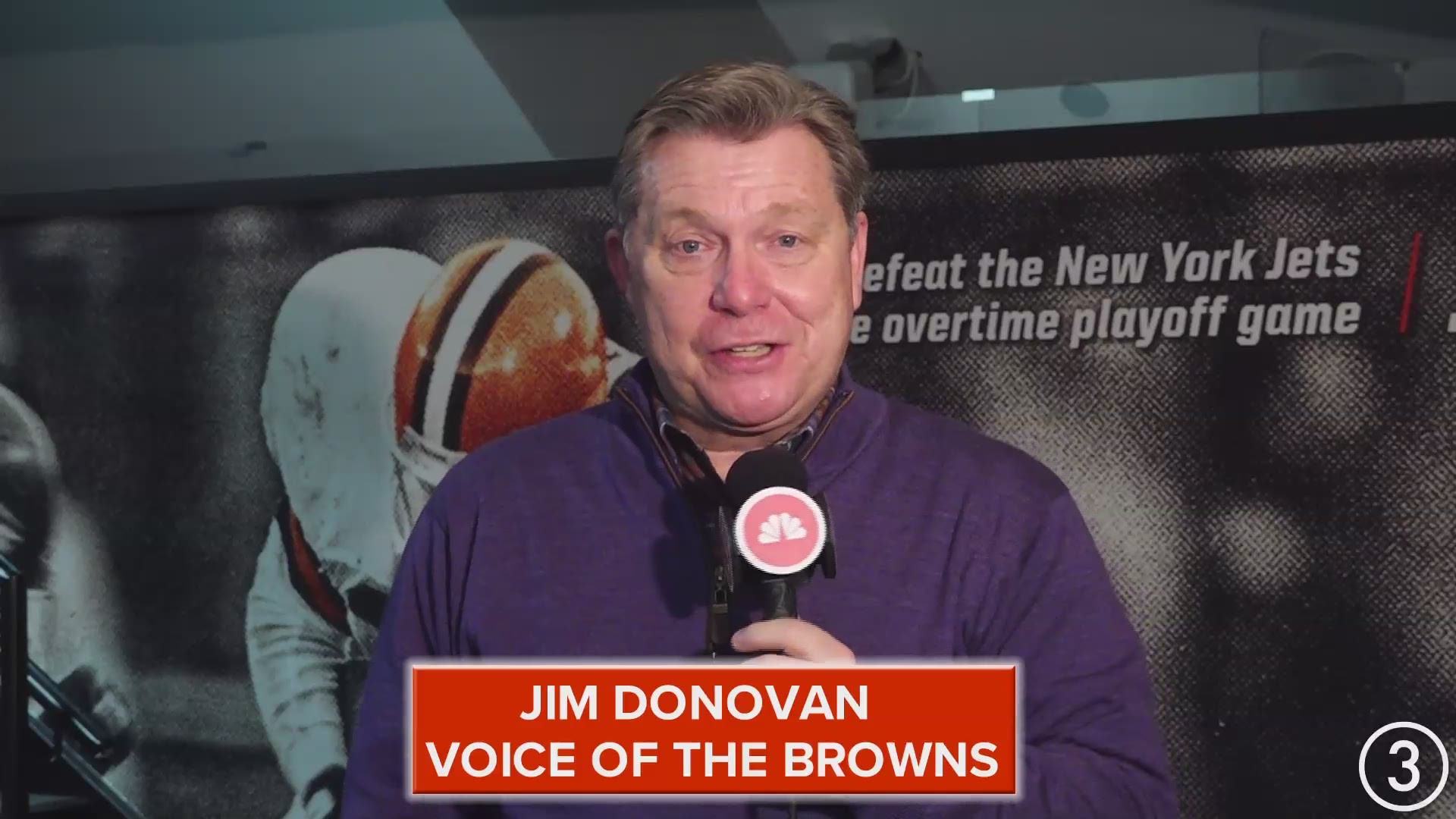 CLEVELAND — It has come to an end.

The Browns' playoff run is over following a loss to the Kansas City Chiefs at Arrowhead Stadium. The defending Super Bowl champs hung on (and I mean hung on) to win by a final score of 22-17.

It was a tremendous and thrilling year, with 12 wins and a big postseason win in Pittsburgh. They were right there with the Chiefs, but just couldn't get over the top, even on a day where it looked like Kansas City was ripe to be beaten.

A lot of things happened in this game. It was an afternoon chock full of opportunities, miscues, and crazy bounces and plays that ended up driving the Browns out of the playoffs and into elimination.

In the first half, the Browns had trouble getting off the field defensively, and Patrick Mahomes did what Patrick Mahomes does. He went down and scored multiple times, and the Chiefs raced out to a 19-3 lead.

But just before halftime, down by 13, Cleveland looked as though it was going to get back into it. Baker Mayfield drove them down into scoring position and hit Rashard Higgins with a pass. Higgins took it down inside the 1-yard line, but as he tried to stretch the ball towards the pylon, it got knocked out by Daniel Sorensen on a helmet-to-helmet hit that was not called.

The ball was fumbled away, into and out of the end zone, and the rule says that's a touchback and Chiefs ball at the 20. To add more insult to it, Kansas City went down and kicked that field goal, and the Browns were in a lot of trouble.

In the second half, though, they fought back and got things going. Yet the entire afternoon, they were never in total sync offensively. There were pockets where they played really well, but as far as overall, it was start and stop and start and stop. That wasn't going to get it done.

And when I say that it was the day where you could knock Kansas City out, imagine that the Browns literally knocked Patrick Mahomes out in the game. Following a hit by Mack Wilson, he went down, and was definitely woosy as he tried to get back up. He was taken out and eventually placed in concussion protocol, and Chad Henne came into the game.

Now, the key point in the ballgame came as the Browns intercepted Henne with just over eight minutes left to go. Starting at their own 20, they needed four downs to squeeze out a first down before running into all kinds of trouble.

They couldn't get lined up on first down and had to call a timeout before a bad run by Nick Chubb. A screen pass was blown up next, and then on third down and long, they had to bail out and throw a pass to Kareem Hunt, who only got a couple of yards.

Kansas City sent the house after Mayfield, and he had to get the ball out just to salvage something. The Browns had to punt, and that's where the problem came, as defensively they couldn't get off the field, couldn't get the ball back.

On third-and-14 after a Myles Garrett sack of Chad Henne, the backup quarterback got outside the pocket and ran for 13 and a half yards. on fourth down and inches on their own side of the field, Kansas City would not punt, and instead Henne drilled a pass to Tyreek Hill to move the chains.

Ballgame over, season over. The Browns are eliminated.

Twelve wins, a playoff victory, and a very close and tough call will send the Browns into the offseason saying, "Hey, we do want more." However, I sure wish we were going to Buffalo.