'The big-time game that we waited for was a big-time bust.' 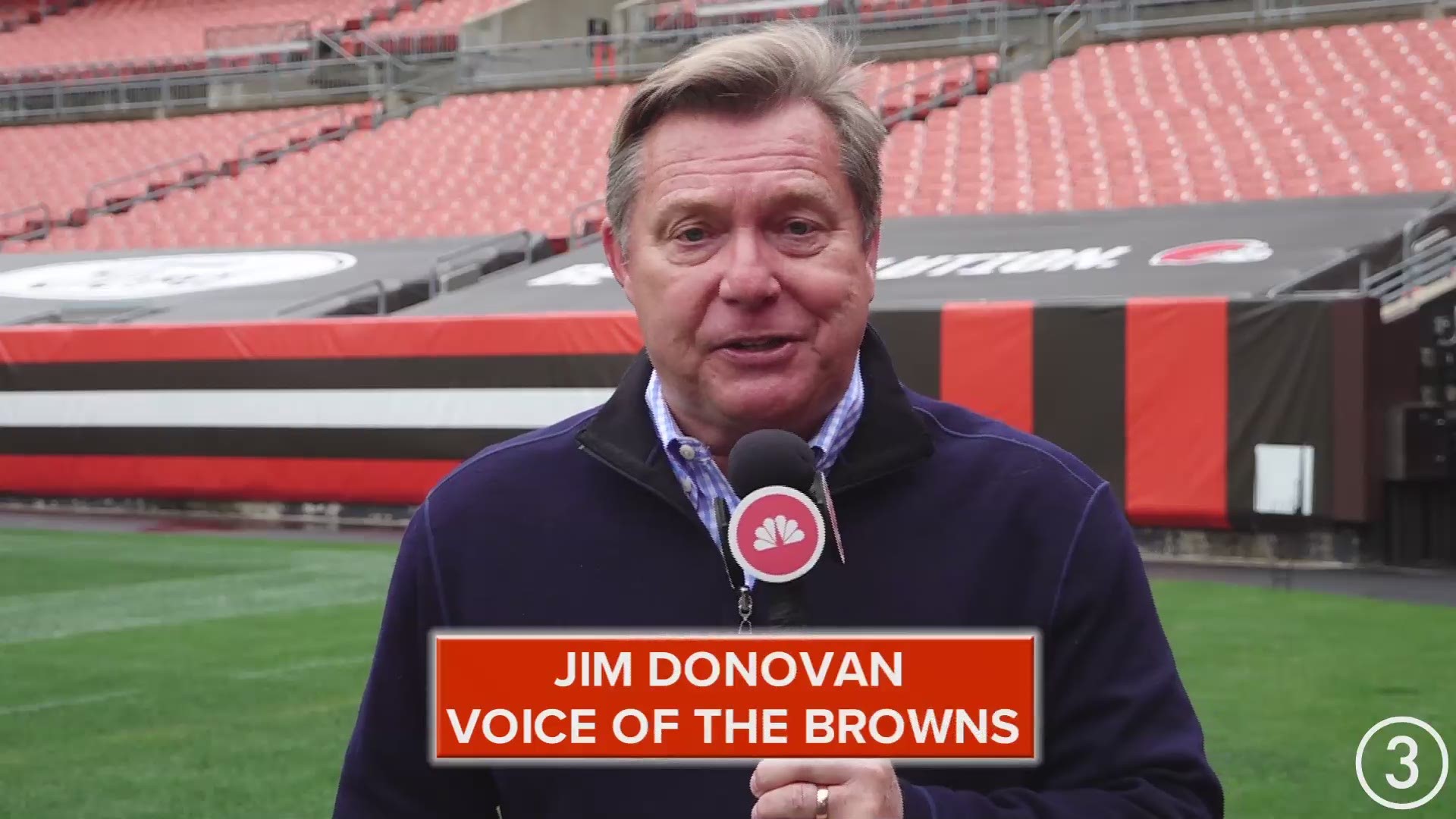 CLEVELAND — First, let me say it is safer to be in FirstEnergy Stadium right now than it is to be at Heinz Field if you're a member of the Cleveland Browns in any way, shape, or form.

The Browns were beaten soundly by the Steelers in the showdown game in the AFC North 38-7, which leaves you wondering: Are the Browns really ready for the big stage inside the division? Off two performances this year (both on the road, I'll give you that) at Baltimore and at Pittsburgh, there is a big gap between the Browns and the Ravens and the Browns and the Steelers.

If you're going to beat Pittsburgh, the blueprint says you cannot turn the ball over. And bang, right away, the Browns turned the ball over in the worst possible way.

Already down 3-0 as their defense bent but sort of broke on the opening drive, Cleveland took over on its first possession and Baker Mayfield tried to squeeze a ball in (and I mean squeeze it in) to Harrison Bryant between two Steeler defenders. Not good...Minkah Fitzpatrick picked it off and ran 33 yards with it for a touchdown.

At that point, you can almost say "That's ballgame," because the Steeler defense then teed off the rest of the afternoon.

Now, through the first five games before this performance, the Browns offensive line was terrific, really dominating. But they got dominated in this game; they could not hold up against the Steeler defensive front, whether it be in the running game or (most certainly) in the passing game.

Mayfield, already playing with sore ribs, was running for his life. He ended up being sacked four times and threw two interceptions. He did throw a touchdown pass to Rashard Higgins, but by halftime, this one was over, and in the second half it just got worse: Lack of tackling on the defensive side, Ben Roethlisberger doing whatever he wanted to do, James Conner running through arm tackle opportunities, and the Steelers end up winning a laugher like so many times before when the Browns come to town at Heinz Field. This makes 17 losses in a row at this stadium.

So, the Browns now drop to 4-2, and the injury report--already so important this week--is probably even more important going into next week when they take on the Cincinnati Bengals.

How healthy is Baker Mayfield? His right side is obviously paining him a great deal, and you wonder if he should've played in the first place today if he was in that kind of pain going up against that great a defense. The coach says he is alright, and that he never would've played him if there was any question, but he did take him out late in the third quarter because the beating was getting tough to watch and tough to deal with.

So Mayfield becomes a question again all week long as the Browns get set for a Bengals team that seems to be getting better and better week by week, and they played Cleveland to a really tough Thursday night game in the second week of the season.

RELATED: Browns Baker Mayfield was pulled due to ribs injury; will start at Bengals

If you're thinking about being a contender in the AFC North right now, the Browns seem to be a bit distant between the Ravens and the Steelers. They'll get each one of them here at FirstEnergy Stadium coming up later in the season, but they'll have to make up a lot of ground, as right now the Browns are not in the same class as those two teams.

The big-time game that we waited for was a big-time bust.