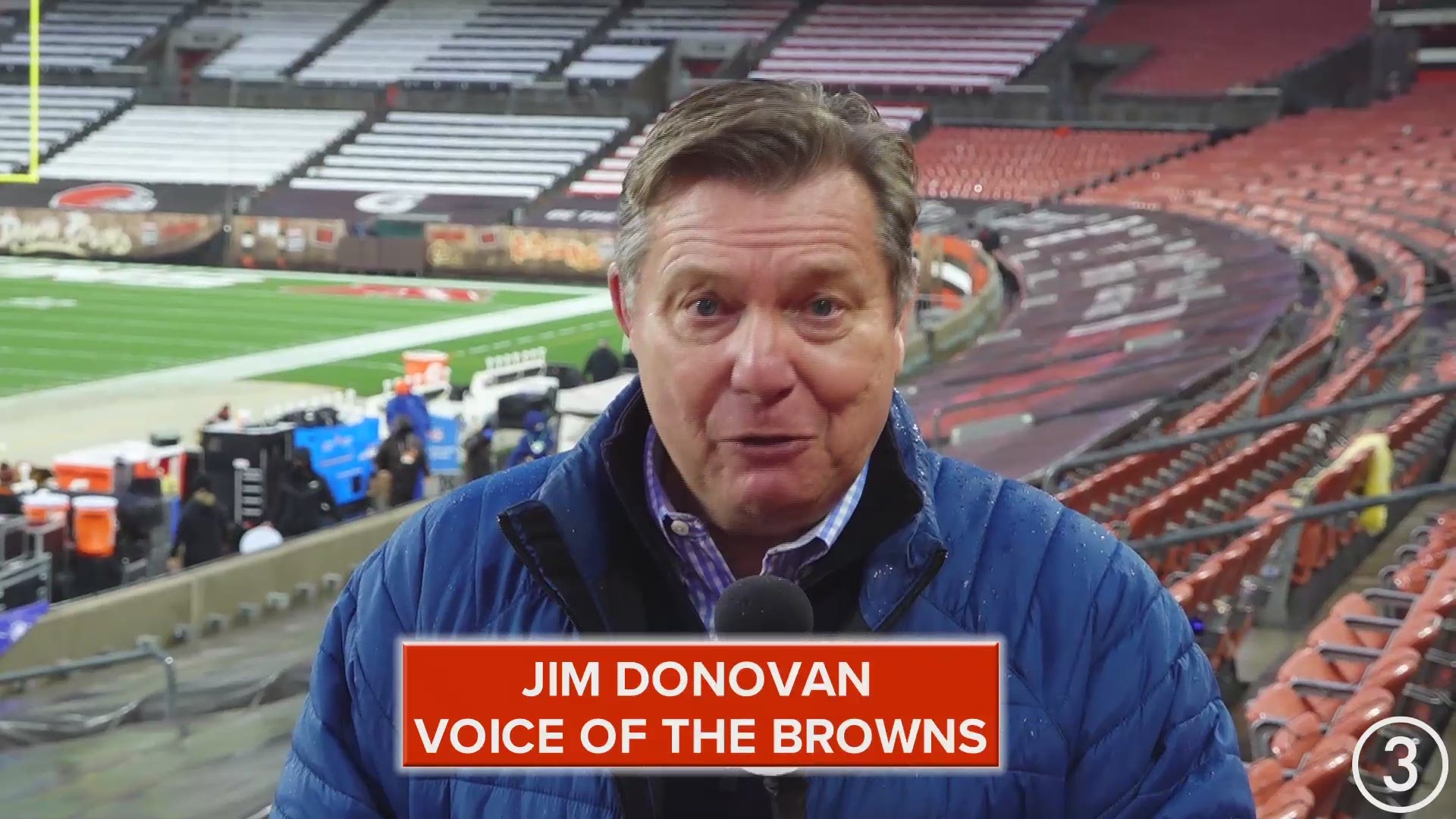 CLEVELAND — Who needs 70-degree days? Not this Browns team, which is turning out to be pretty good in the foul weather.

In three consecutive games played here at FirstEnergy Stadium--all played in horrible conditions--the Browns come out of it 2-1 after beating the Philadelphia Eagles today by a final score of 22-17.

The major concern coming into this game: How would the Browns defense be able to handle the Eagles offensively without Myles Garrett (on the reserve/COVID-19 list) being in the lineup? Well, they put together the defensive performance of the season, and the unit really gave Cleveland its only points early in the game when Sione Takitaki came up with an interception and returned it 50 yards for a pick-six.

It was all started by a Denzel Ward blitz: He hit Carson Wentz, the ball fluttered out, and Tatkitaki picked it off and took it the rest of the way to give the Browns a 7-0 lead.

PICK SIX❗️@DenzelWard applies the pressure and @STakitaki takes it to the house! 🏡

Later, with the Eagles hanging around, Wentz was all of a sudden trapped in his own end zone and sacked by Olivier Vernon for a safety. With nine points, the Browns defense turned in a magnificent performance, highlighted by Vernon's best game in Cleveland with three sacks. We've been waiting for it, and on a very important day, he delivered.

.@oliviervernon54 sacks Wentz in the end zone for the SAFETY 🙏

And oh yeah, the game needed to be put away. Nick Chubb had been stymied up all day long by a stingy Eagles run defense, but he did out things away with a classic Nick Chubb 54-yard run that set up a Browns 1st-and-goal inside the 10.

A couple of plays later, Kareem Hunt vaulted the final few yards over the pylon to give the Browns a bigger lead that they would hang on to.

A footnote on Chubb: He goes over 3,000 yards rushing already in his Browns career. He's now ninth all-time on the team's career rushing list, and that arrow is pointing up and up and up.

Also up? The Browns' playoff chances, after a big, big win. Remember, the day started out with six teams in the AFC all at 6-3, so Cleveland is able to keep pace and get to 7-3.

Now, they hit the road to (hopefully) sunny Jacksonville. The playoff train is rolling, and rolling pretty smoothly right now.