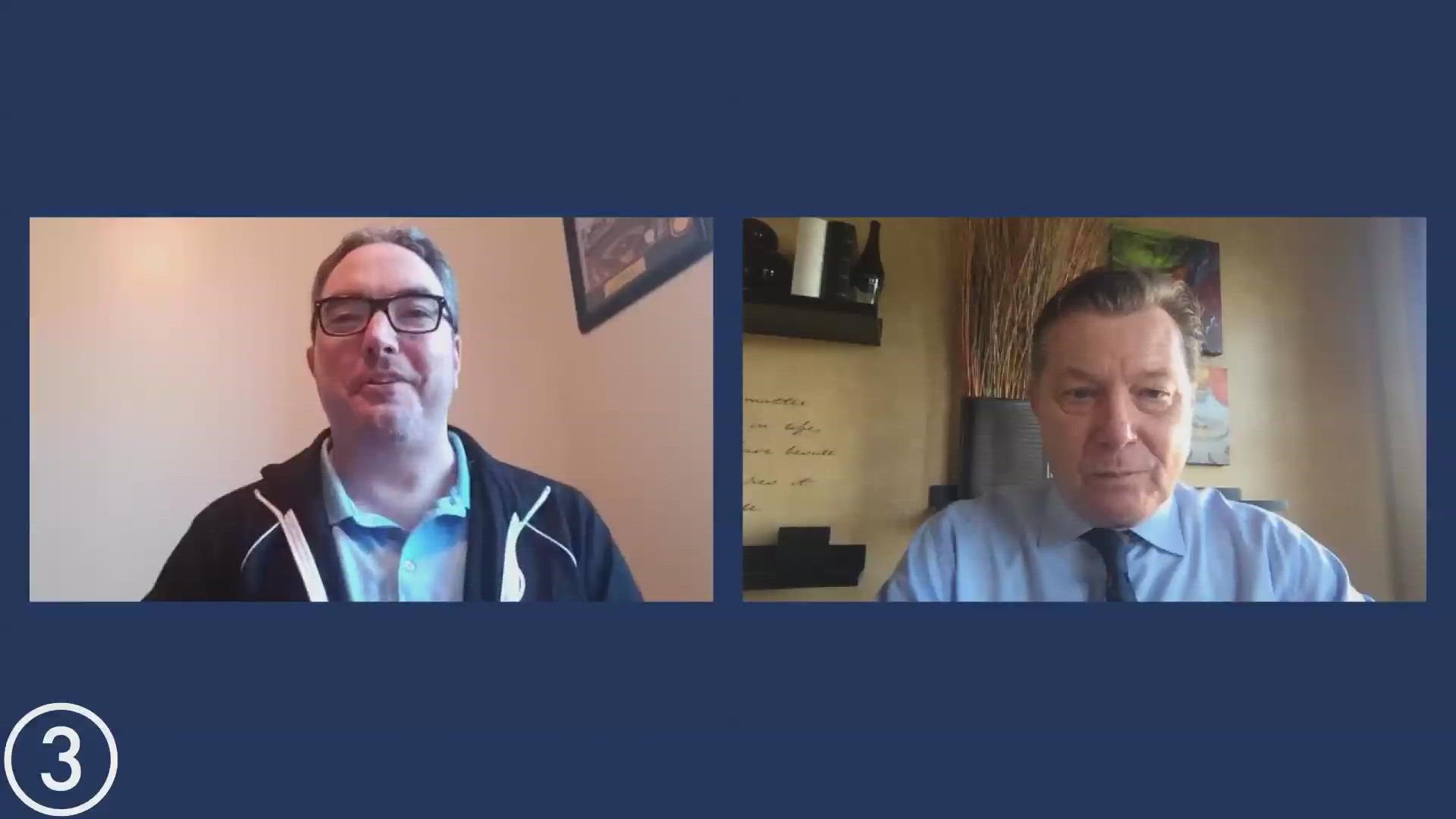 CLEVELAND — Wasn't it great to see the Browns one-two punch of Nick Chubb and Kareem Hunt back together at running back on Sunday in the win over the Texans?

Behind an offensive line that also welcomed guard Wyatt Teller back, Chubb and Hunt pounded away at Houston all afternoon and finally broke out with some big runs in the fourth quarter in the 10-7 victory at FirstEnergy Stadium.

Of course, the play that made Jim Donovan smile the most during our conversation on Donovan & Dino was Chubb's game-clinching run that saw him go out of bounds rather than scoring a touchdown, which enabled the Browns to run out the clock. I suggested to Jimmy that if he invites his 'adopted son' over for Thanksgiving dinner, make sure to give Nick Chubb and extra piece of pumpkin pie for that heads-up play.

But there were other highlights to bring up with Jimmy from Sunday. Myles Garrett continuing to make big play after big play on defense, for example. Garrett not only recorded another sack, but he stuffed Deshaun Watson short of the goal line on a 4th down quarterback draw. Every Browns win this year has been highlighted by a big play by Garrett it seems.

Can the Browns make it to the playoffs? Jimmy believes that if they can get to 10 wins, that should be sufficient to get a Wild Card berth. One thing that is concerning the "Voice of the Browns" right now is the team's inability to get the passing game untracked since Odell Beckham Jr.'s ACL injury. Certainly some of it has had to do with the conditions at the lakefront in the last two games, but the Browns have to figure out how to unleash Jarvis Landry and the rest of the receiving and tight end corps if they want to get to the postseason.

To end Monday's show, I wanted to ask Jimmy about two things he's passionate about besides the Browns: Notre Dame football and Hallmark Channel Christmas movies. The man known as "The Golden Boy," Paul Hornung, passed away late last week. Jimmy has memories of watching Irish games that Hornung was broadcasting, in addition to his exploits on the field as a member of Vince Lombardi's Green Bay Packers.

And yes, if you didn't know, Jimmy is a fan of Hallmark Channel Christmas movies. Now that we are right into the holiday season, I was curious to know what his favorite Christmas movies were.

You can see Jimmy's Take from Sunday's game by clicking here

Watch Donovan & Dino in the player above or from our YouTube video below: