Jim Donovan and Dave 'Dino' DeNatale recap key moments from the Browns' epic win in PIttsburgh and look ahead to Sunday's playoff game in Kansas City. 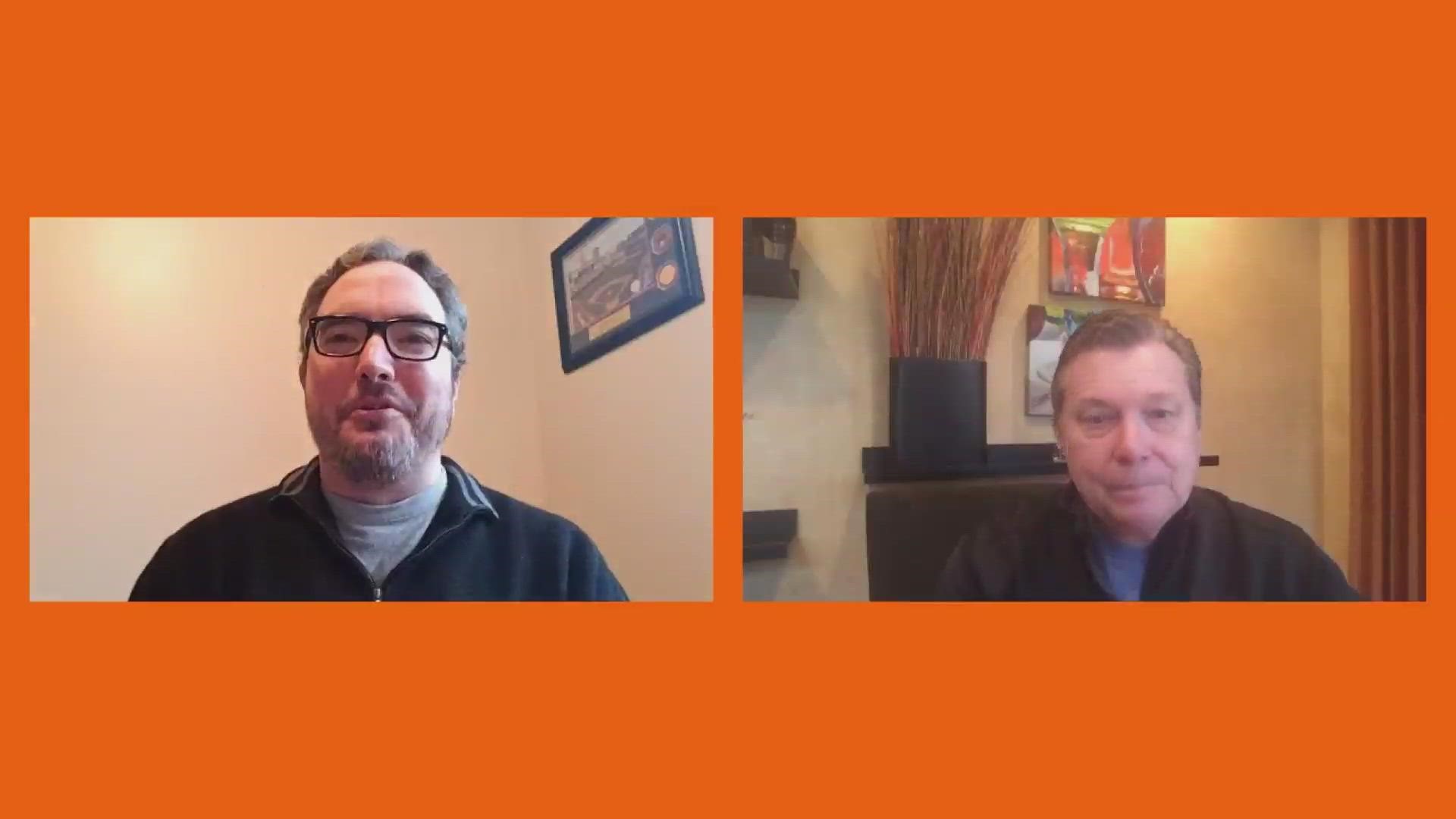 CLEVELAND — What a great day to be a Browns fan! We've waited so long to feel like this, haven't we?

I've been trying to put Sunday night's 48-37 win over the Steelers in the AFC Wild Card game into perspective. Just how big was the victory?

Look, it was a playoff win, not a championship, so I'm not going to go further back than 1964, but when you consider what the Browns had to deal with leading up to and during the game at Heinz Field, it was a monumental achievement.

Jim Donovan had similar thoughts during Monday's edition of Donovan & Dino. The Browns were operating without their head coach, without key assistants, without Pro Bowl caliber players on each side of the ball, with VERY limited practice time, against a team that has owned them in the past.

Yet, the Browns pulled it off in what Jimmy called 'an amazing feat.' And it really was.

How did it happen? For one thing, the Browns flipped the script on Pittsburgh and capitalized on every opportunity early to build those big 28-0 and 35-10 leads. Usually it's the other way around when the Browns play at Heinz Field.

And when the Steelers made their predictable rally in the 3rd quarter, the Browns proved that they truly are no longer the same old Browns. Baker Mayfield got the offense back into rhythm, thanks in large part to Jarvis Landry. He then hit Nick Chubb on a screen pass that turned into a knockout-blow touchdown.

As the game was coming to a close Sunday night, NBC's cameras zoomed in on Browns owner Jimmy Haslam on the sidelines. I couldn't help imagining what must have been going through his mind as the victory was becoming clear. After all of the years of misery and failure, the Browns are truly heading in the right direction as a franchise. The right people are in place, on the same page, and taking this team to a place we haven't been to in generations. And that's worth celebrating.

Next up for the Browns will be the defending Super Bowl champion Kansas City Chiefs at Arrowhead Stadium. We know the Browns are capable of scoring in bunches, but no one does it better than Patrick Mahomes and company. So how do you design a game plan for that? Jimmy and I discuss.

Savor this, Browns fans. You deserve it!

You can watch Monday's Donovan & Dino in the player below:

As an added treat, check out this video of Jimmy calling the final moments of Sunday's Wild Card win below:

You can also check out Jim's thoughts on the Browns win in Pittsburgh on Jimmy's Take here.