The "Voice of the Browns" joined Jay Crawford on What's New to talk about Mayfield's injury. 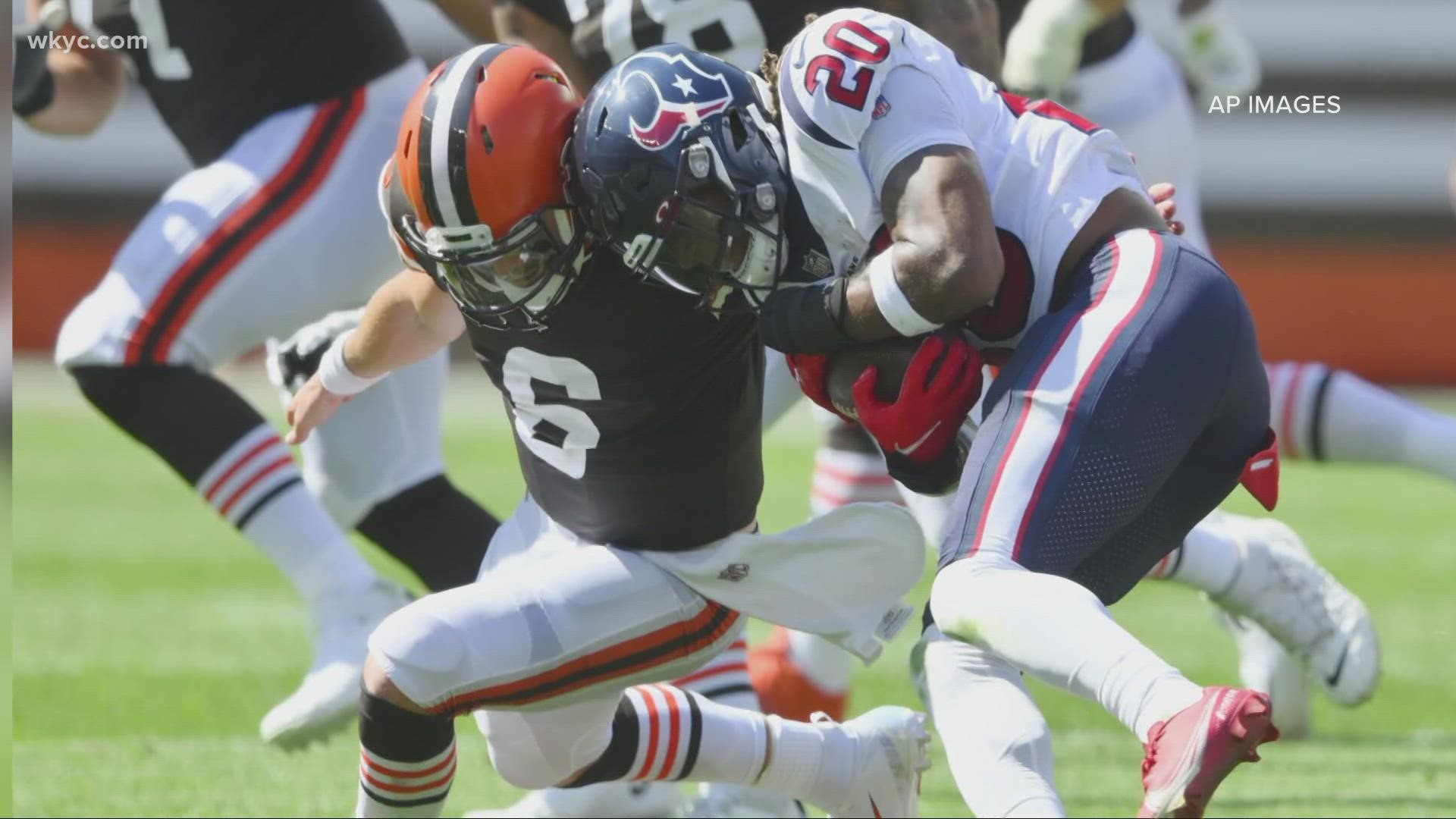 We found out on Thursday that Browns quarterback Baker Mayfield has indeed been playing injured going back to the Week 2 win against the Houston Texans.

Mayfield sustained a partially torn labrum in his left shoulder while trying to tackle Houston safety Justin Reid after an interception. The first overall pick in the 2018 NFL Draft left the field for a bit, but never missed a snap. Mayfield said after the Texans game that his shoulder had popped out and then it was popped back in.

Since the injury on September 19, Mayfield has been wearing a harness on his non-throwing shoulder. He has said on several occasions that the injury has not impacted his throwing ability. However, Mayfield came under criticism following a poor performance last Sunday at Minnesota, when he completed just just 15 of his 33 pass attempts for 155 yards.

According to Jimmy, this is a period of time in which a bye week would be welcomed by Baker Mayfield. But the Browns do not have a bye week until Week 13 in early December. There will be a bit of a break for Mayfield coming up later this month after the Browns play a Thursday night game with Denver and will then have a whole weekend off.

"The other side of the story with Mayfield this week is that there's been a real public relations campaign going on, maybe by Baker's people, but certainly by the Browns players and coaches in the aftermath of his poor outing in Minnesota," Jimmy told Jay Crawford during their conversation on Thursday's What's New. Mayfield has taken a lot of heat on national talk shows from experts who say he is not worthy of a big contract extension. Jim wonders if everyone is smoothing things over by revealing that Mayfield is playing with an injury right now.

One of those who came to Mayfield's defense on Thursday was Browns wide receiver Odell Beckham Jr., who revealed that he has been dealing with a torn labrum going back to his time at LSU a decade ago.

"That shit hurts," OBJ said of the injury. "He's (Mayfield) tough. It doesn't feel good. He's not going to sit there and complain about it, he's just going to go out and play. I know it's unfortunate, but it is what it is."