'He left the field in tremendous pain and it looked like his day might've been done, but he came racing back out of the locker room and never missed a play.' 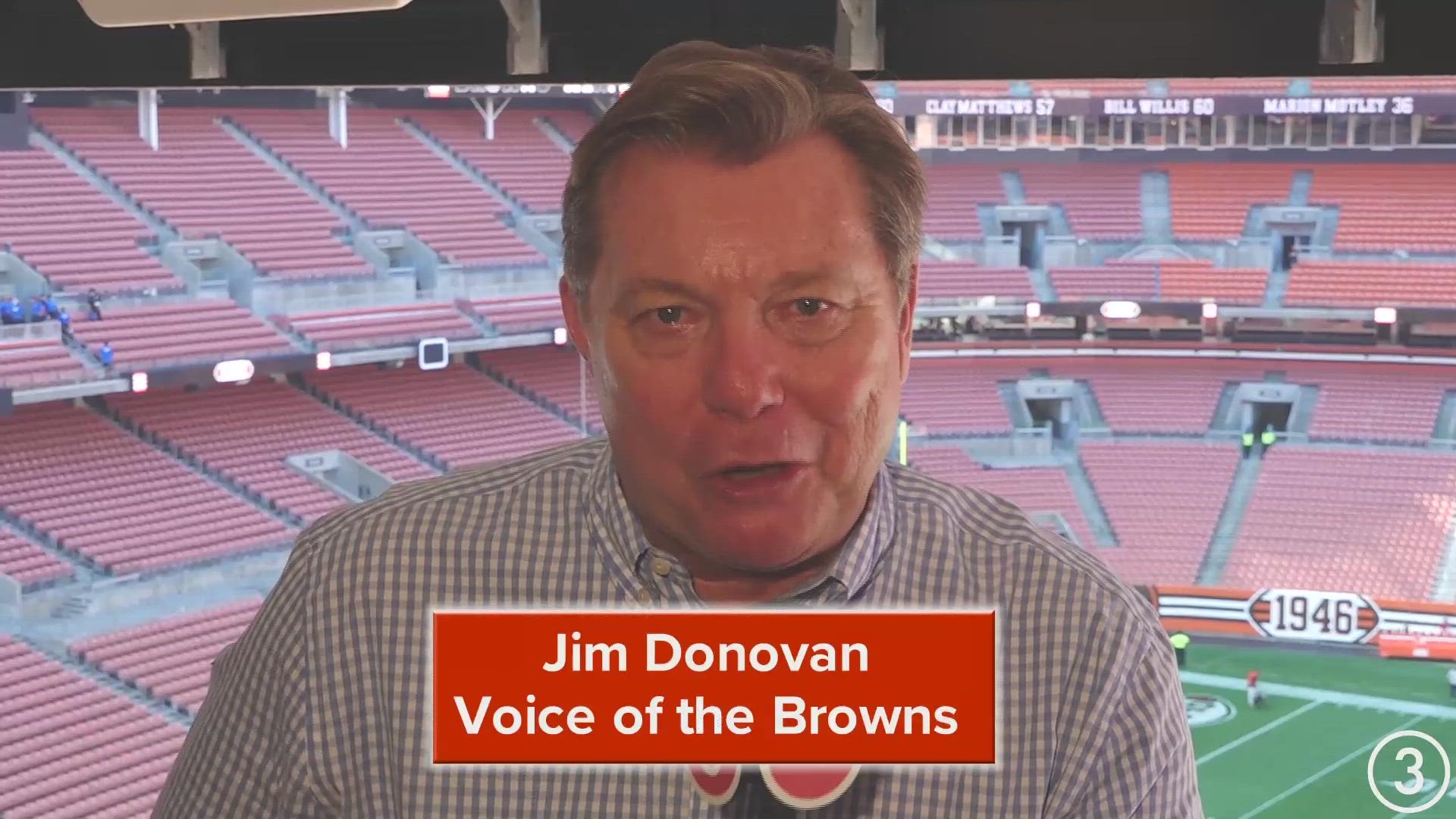 CLEVELAND — The home opener is a win for the Browns, by 10 to be exact over a tough, resilient Houston Texans team.

Back and forth they went, and finally the Browns separated themselves in the second half and pulled the game out. But the matchup had a lot of drama connected to it, largely due to injuries on both sides of the ball.

Jarvis Landry went out of the game in the first half. He hurt his knee, and it looks like at least a sprained MCL. We'll have MRI results tomorrow, but all of a sudden, the Browns are super young at wide receiver, especially with Odell Beckham Jr. still trying to come back from that torn ACL and subsequent surgery.

But in this game, Baker Mayfield comes up big and courageous and tough, because upon throwing an interception in the first half, Mayfield decided to be a tackler on Justin Reid's return and injured his own left shoulder in the process. He left the field in tremendous pain and it looked like his day might've been done, but he came racing back out of the locker room and never missed a play.

Mayfield was 19 for 21 throwing the football on the day (remember, he hurt his left shoulder), and he also threw a touchdown pass and ran for a touchdown. What's more, he was 10 for 10 immediately after the interception.

No. 6️⃣ is in for 6️⃣. @bakermayfield #Browns

The game had some glittering highlights. Nick Chubb gave you a Nick Chubb game: 11 carries, 95 yards, and a thrilling 26-yard run for a touchdown that sort of put the game on ice. Rookie Demetric Felton had an amazing 33-yard catch-and-run, zig-zagging through the Texans defense for his first career TD. This kid's got a lot of giddy-up, and he thrilled this packed house at FirstEnergy Stadium.

No one was going to stop @Demetricfelton7!

But on the other side, the Browns' defense, well... that's going to be a work in progress. Tyrod Taylor had an easy time working through and around defenders as well as throwing over them, but eventually left the game with a hamstring injury at halftime. Lucky for the Browns, Davis Mills — a rookie from Stanford — took over in the second half; I don't know if they would've been able to stop Taylor as the afternoon went along.

In the end, the Browns are in the win column. 1-1, and it looks like next week they'll be playing against not just the Chicago Bears, but former Ohio State quarterback Justin Fields. The first-round pick came into the Bears game today against Cincinnati when out injured, and the rookie finished 6 for 13 to help Chicago eek out a 20-17 win.

So that's the storyline for next week, but on this Sunday the Browns survive. The home crowd — which was electric all day long — goes home happy, and now gets set for a "Victory Monday."