JIMMY'S TAKE: Cleveland Browns 'can't get much worse' than they were in Sunday's opening loss

The team suffered their worst season-opening defeat in 21 years. 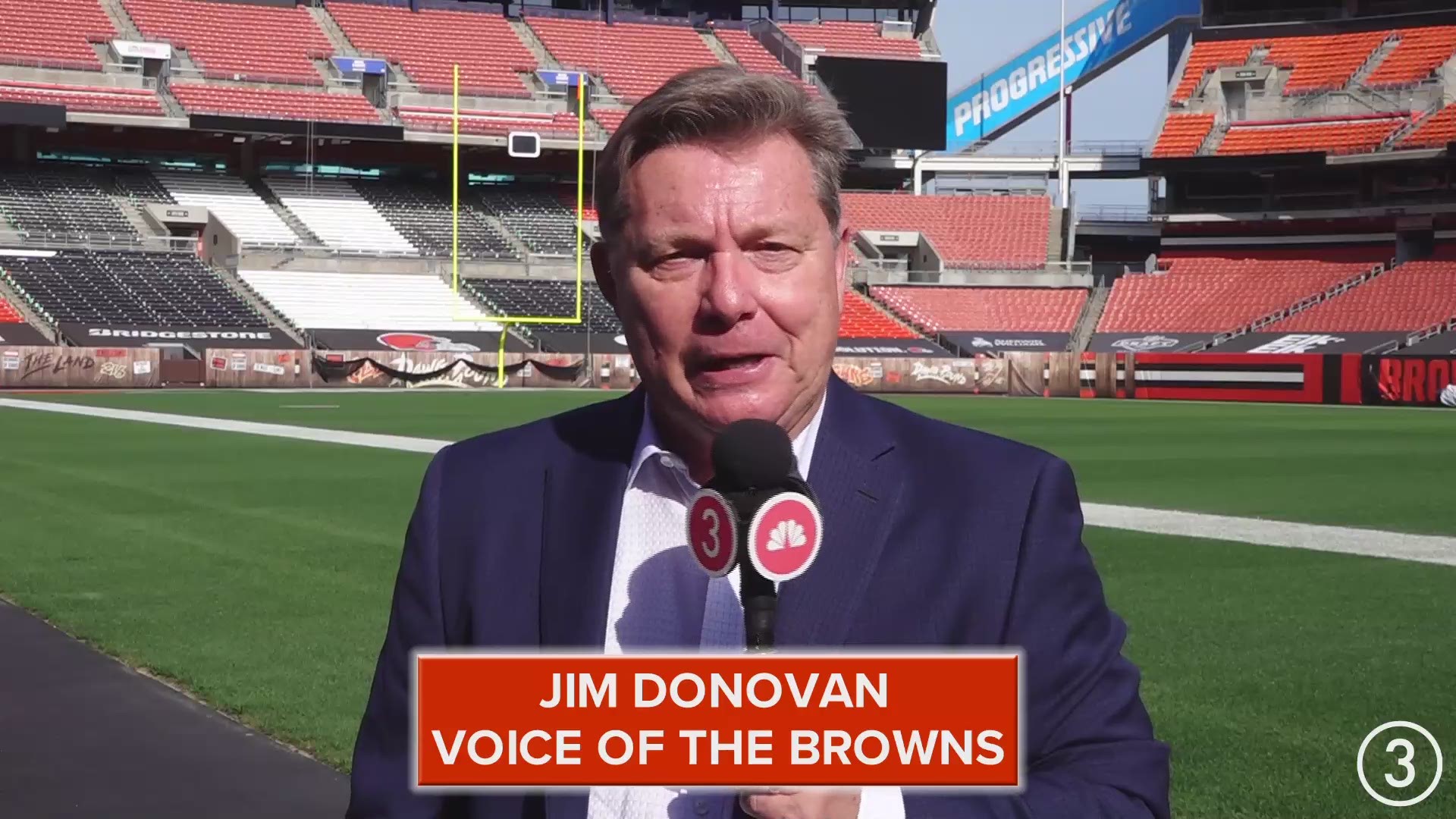 CLEVELAND — It's really as bad an opener as you could ever imagine for the Browns, as they lost to the Baltimore Ravens on Sunday, 38-6.

For those who think the Ravens could go to the Super Bowl, you're probably right. They look that good, but we have to be concerned about the Browns.

You cannot make the kind of mistakes they made and expect to win anywhere. You certainly can't turn the ball over, and right away the ball got turned over on the opening drive of the game by Baker Mayfield on a deflected pass that ended up being picked off by Marlon Humphrey.

Special teams were an absolute disaster, and it wasn't like the Ravens had to be great on that front. The Browns just disintegrated, starting with a fake punt that ended up as a fumble near the Cleveland 20-yard line. Then after the Browns finally got a touchdown, Austin Seibert unfortunately did what he did a lot last year by missing the extra point. Even if it had been a tight game, they would've been chasing that point for the rest of the afternoon.

A 41-yard field goal by Seibert right in the middle of the field sailed very wide right (not even close), and then countless numbers of penalties from the special teams unit helped gift wrap the game to the Ravens.

Defensively? Well, there are worries there, but there were already worries before kickoff because of injuries during training camp and a great deal of inexperience. The Browns got torched defensively, not up front, but everywhere we worried about: at the linebacker position and in the secondary.

Guys were running wide open. It's not like Lamar Jackson had to make tough throws, and he didn't run a lot because guys were so wide open he would've been insane not to throw the ball to them: Mark Andrews, Willie Snead, Marquise Brown, they all made plays.

The Ravens' running game outdid the Browns' running game in this one. Rookie and Ohio State legend J.K. Dobbins looks like a perfect fit, while the Browns struggles after a couple successful runs early. Once they starter to run to the right, it just blew up on them. They couldn't get any kind of holes open for either Nick Chubb or Kareem Hunt.

If there was a bright spot, though, it was Hunt. He ran hard, he ran well, he ran fast. He can be a sensational player for the Browns, but once again we go into this season and the idea of having Chubb and Hunt together remains just an idea. It doesn't come out on the field. For some reason, no matter who's calling the plays, they just can't seem to come up with the right formula to make it tricky for an opposing defense to defend against both on the field at the same time.

Once again, the Browns fell into the bad habit of becoming obsessed with getting the ball to Odell Beckham Jr. Jarvis Landry had a great game, but then all of a sudden Baker Mayfield didn't look his way. They became obsessed with the idea of, "If we don't get the ball to Beckham, he's going to be upset."

So, from halftime on, they tried to get the ball to Beckham. He had a very frustrating day, including a huge drop and a face mask penalty that ended up costing the Browns 15 yards.

For Kevin Stefanski and the coaching staff, there's not a lot of time to get ready for the next test, which is Thursday night against the Cincinnati Bengals. There are injuries, there are problems on defense, and the offense and the young quarterback Baker Mayfield ("starting anew" in his third season) still remain stuck in mud.

It's got to get better on Thursday night. It can't get much worse.