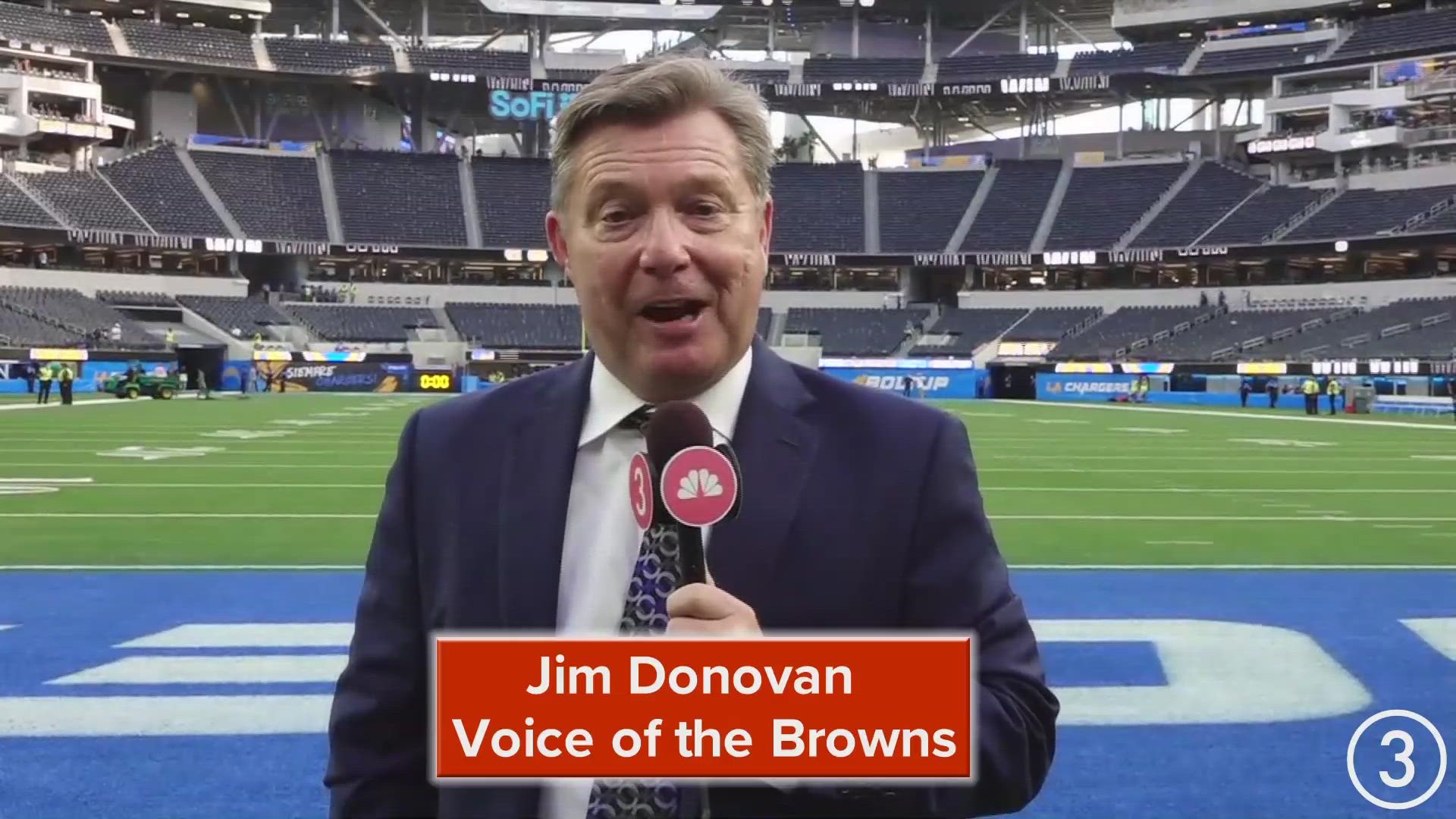 INGLEWOOD, Calif. — You wanted a shootout? You got a shootout.

But when you're in the shootout, you want to win it, and the Browns couldn't close the game out.

The Browns led at the end of the first half, had the game totally in control, dominated in time of possession, got a 52-yard touchdown run for Nick Chubb to start the second half, and all of a sudden it's a 14-point lead. At that point, you must close the game out, and they couldn't do it, neither defensively nor offensively.

Even through they scored 42 points, Cleveland only had a one-point lead with 3:15 left and the ball. Chubb and Kareem Hunt had been running so well, but they went three-and-out, and Justin Herbert moved the ball right down the field for the deciding score.

It's a heartbreaking loss for the Browns. Their three-game winning streak comes to an end, and they get unbeaten Arizona at FirstEnergy Stadium next Sunday.

You have to wonder: Who's going to be able to play next Sunday? The Browns were wiped out with injures defensively, particularly in their secondary. What's more, left tackle Jedrick Wills Jr. already missed the game with an ankle issue, and right tackle Jack Conklin later had to leave with a bad knee. You have to be concerned about the health of the team as they approach a game against a dynamic young quarterback in Kyler Murray (doesn't it seem like every week we play a dynamic quarterback?)

Nick Chubb was tremendous and Kareem Hunt was Kareem Hunt, battling all the way through. Baker Mayfield had a bounce-back game, but unfortunately, he was good, their guy was great.

Justin Herbert, in only his second year, had a magnificent performance. 6-foot-6, big throws, stood in the pocket, was just cool as a cucumber all the way through, even when they were down by a couple of touchdowns. First-year coach Brandon Staley has got a gift in that young quarterback.

For the Browns, they look back now and say, "We had a nine-point lead late in the game at Arrowhead Stadium and it slipped away. We had a 14-point lead in this game, a couple of seven-point leads late in the game, a one-point lead with 3:15 left to go, and we did not close the game out." I would add: Last week in Minnesota, they got by, but they didn't close that game out well either.

3-2? Not bad, but I have to tell you, they have to put the breaks on this very, very quickly. If you're going to play with the elite, losing streaks are not allowed.

It'll be a long flight home.