"The Browns are going to be a very good football team. He cannot be a distraction." 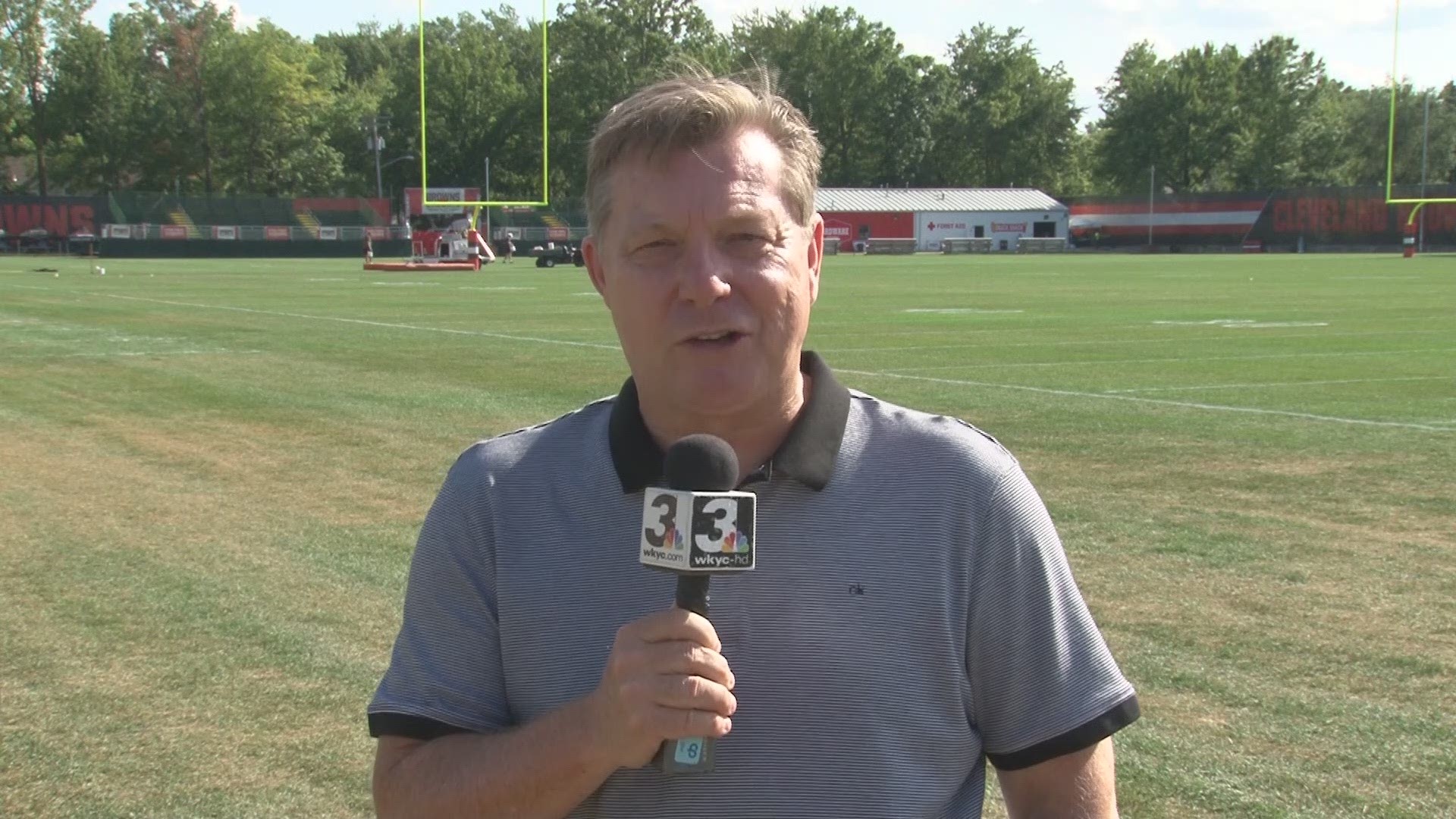 BEREA, Ohio — Coming off of Thursday's impressive preseason win over the Redskins, there were two downers that hit the Cleveland Browns on Friday.

First was the fact that they had to practice at all.

More important, however, was the news that wide receiver Antonio Callaway has been suspended for the first four games of the regular season for violating the NFL's substance abuse policy.

In the mind of the "Voice of the Browns," Jim Donovan, Callaway "is running out of chances with the Cleveland Browns."

The Browns took a flyer on Callaway in the 2018 NFL Draft knowing that he had some off-the-field issues at Florida. He was suspended for the entirety of his last season with the Gators.

Last August, he was issued a citation for marijuana possession and driving with a suspended license in Strongsville.

In February, the marijuana possession charge was dropped after Callaway pled guilty to driving with a suspended license. Ultimately, the was sentenced to one year of probation and $400 in court fines and other fees.

If the Callaway suspension had happened two years ago, the Browns would be in trouble. Not so much now. The Browns are loaded at the wide receiver position and should be able to withstand the loss of Callaway to start the season.

Jimmy feels the Browns need to have a genuine heart-to-heart conversation with Callaway. Because as he put it, "The Browns are going to be a very good football team. He (Callaway) cannot be a distraction."