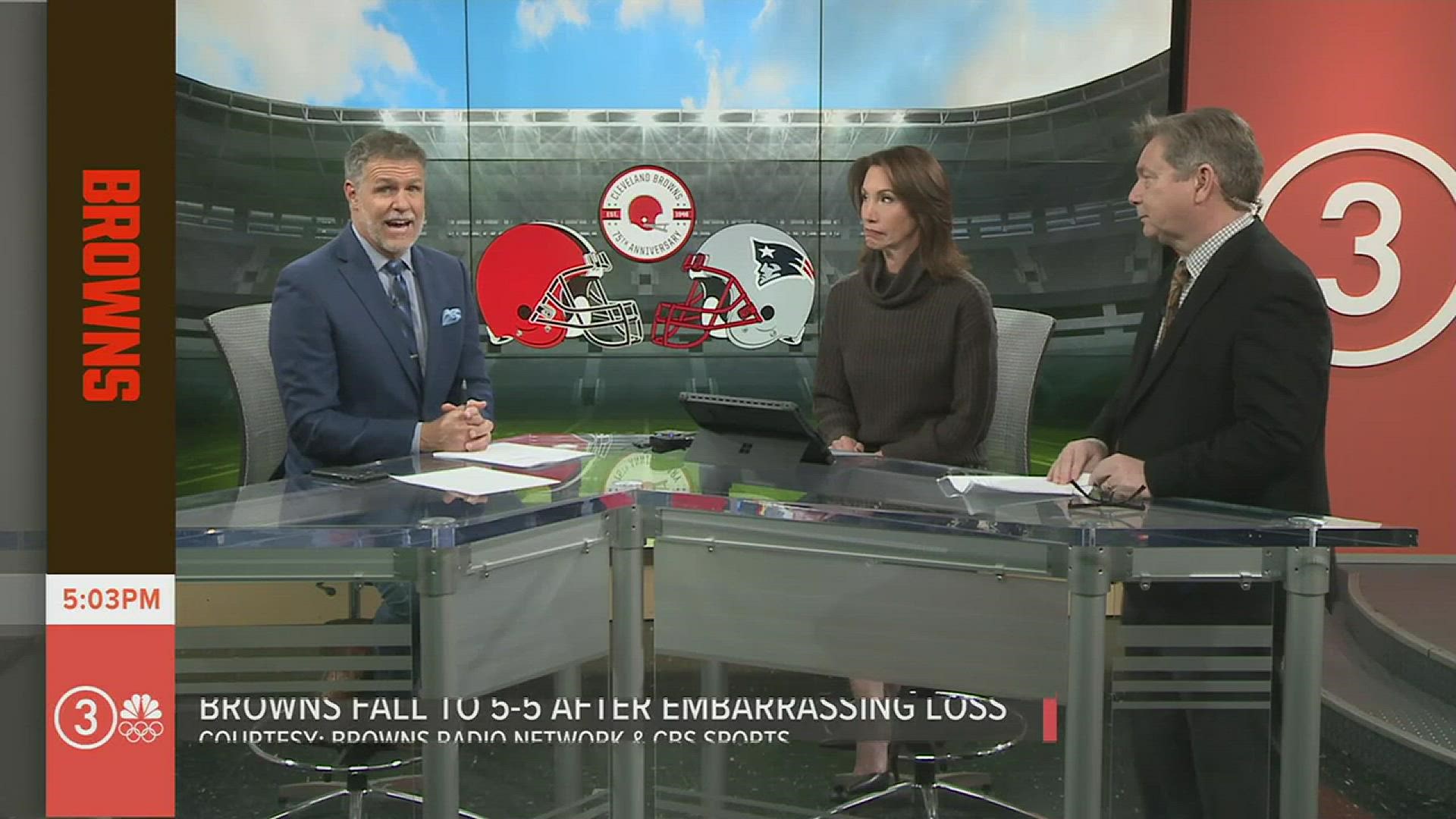 CLEVELAND — The "Voice of the Browns," Jim Donovan, was not shy about how he felt about Cleveland's performance in Sunday's 45-7 blowout loss at New England.

"I would put it this way: The performance was puzzling and pathetic," Jimmy told Jay Crawford and Betsy Kling during Monday's What's New. "It was puzzling because the Browns had to realize it was a great opportunity for them after playing so well in Cincinnati. The Ravens had lost on Thursday, the Steelers tied on Sunday. It's puzzling because they weren't ready to play. It was pathetic because, well did you watch it? It was pathetic!"

The first factor Jimmy pointed to as to why the Browns took a step back was that their defense couldn't get off the field against New England. In fact, the Patriots offense put together three touchdown drives of 90 yards or more during the game. It led to a couple of postgame comments from All-Pro defensive end Myles Garrett questioning (to presumably defensive coordinator Joe Woods) why the unit failed to make any adjustments during the game.

"I kind of wonder right now if the Browns players believe in this scheme," Jimmy told Jay and Betsy.

Jimmy also took a look at the Browns' troubles on third down on both sides of the ball. Yes, the defense couldn't get off the field, but the offense couldn't stay on it either. The Browns offense was just 1-for-11 in 3rd down conversion opportunities. New England's offense was an unreal 7-for-9 on 3rd downs. That's never a winning formula.