'Boy, will the Browns be glad to get back to FirstEnergy Stadium.' 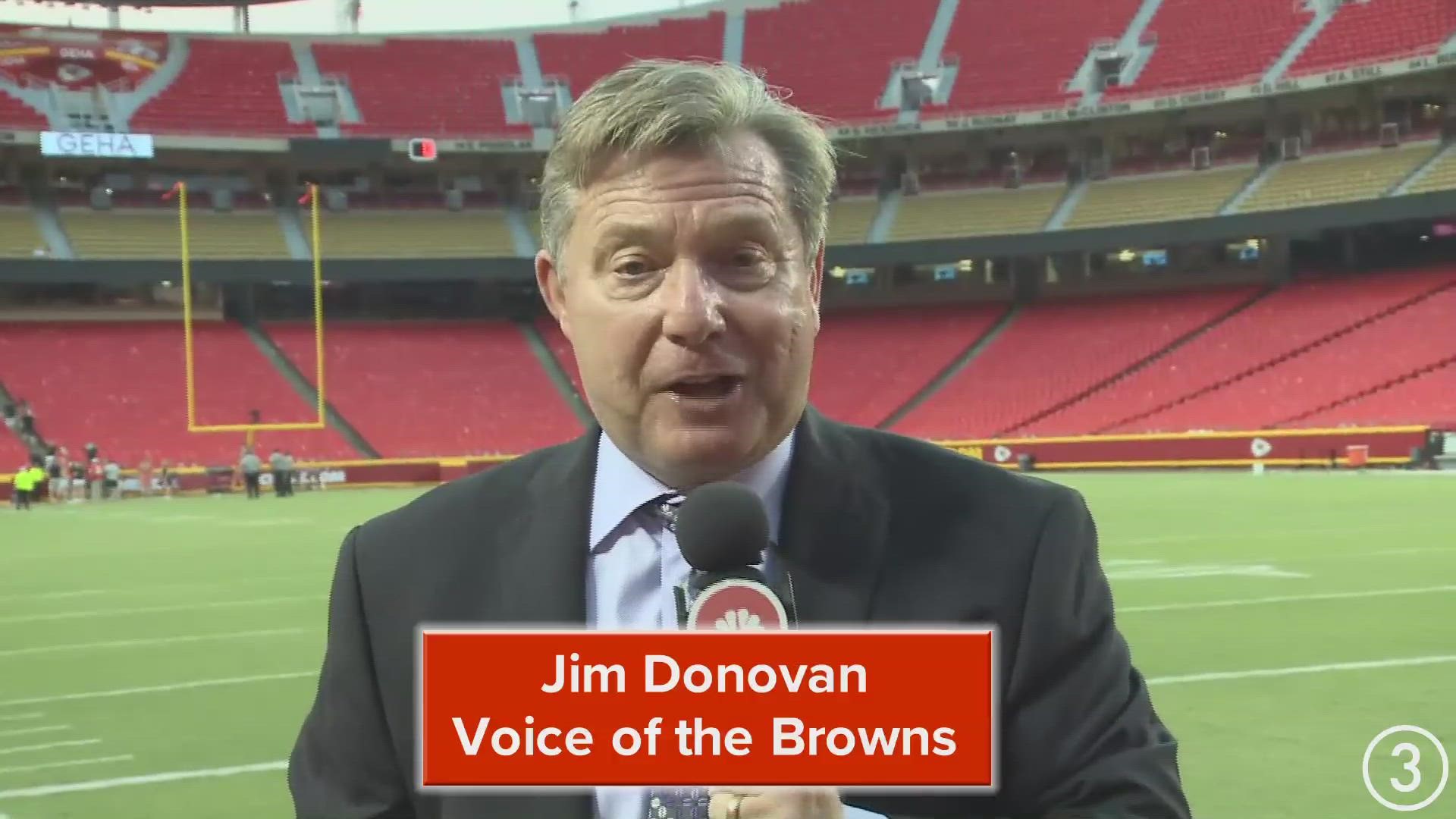 KANSAS CITY, Mo. — They say, "If you're going to beat the Kansas City Chiefs, whether it's at here at Arrowhead Stadium or whether it's at your place, you have to play a perfect game."

For 53 minutes, the Browns were perfect, but in the last seven minutes, it all fell apart on them. Their mistakes multiplied, Kansas City cashing in on each and every one of them.

Painful? You bet. Remember, the Browns have only won once on Opening Day since coming back in 1999.

Mayfield dominated in the first half, but Mahomes pulled a rabbit out of his hat a couple of times in the second half to lead his team. He is truly amazing, and the Browns defense had their hands full with him all game long.

Only @PatrickMahomes and @Cheetah... WOW.

Something else happened in the second half: Kansas City got rolling, Nick Chubb fumbled, Jamie Gillan dropped the snap on a punt to give the Chiefs the ball at the 15-yard line, and the Browns suddenly went from nine points up to four points behind.

Then, the drive that defines great quarterbacks who want to get big contracts. Mayfield got the ball in the final minutes after a Myles Garrett sack forced Kansas City to punt, and he threw an interception on an ill-advised pass to Harrison Bryant that he says he was trying to chuck out of bounds.

He didn't get it there, Mike Hughes picked it off, and Kansas City had a hard-fought, well-earned win over a Browns team that controlled the game for so long.

As for the Browns' defense. What about it? They have a lot of new people, and I don't think it's fair to judge them after one game, specifically against this offense that's so tough to stop. Every team in the NFL has a difficult time against the Chiefs, with Kelce and Tyreek Hill and Clyde Edwards-Helaire complementing the great Mahomes. We'll judge the defense as we go down the road.

We'll also take a look at the Browns' offensive line, which lost Jedrick Wills Jr. early in the game with an ankle injury similar to the one he had hear in last January's playoff game. A left tackle injury is a problem, and so the team will have to address that during the week.

The Browns will be back home next Sunday, and if you lose the opener, you really must win Game No. 2. They'll get Houston, who beat Jacksonville in Week 1.

Boy, will the Browns be glad to get back to FirstEnergy Stadium.