"How did you like the Browns? You had to love them on opening night." 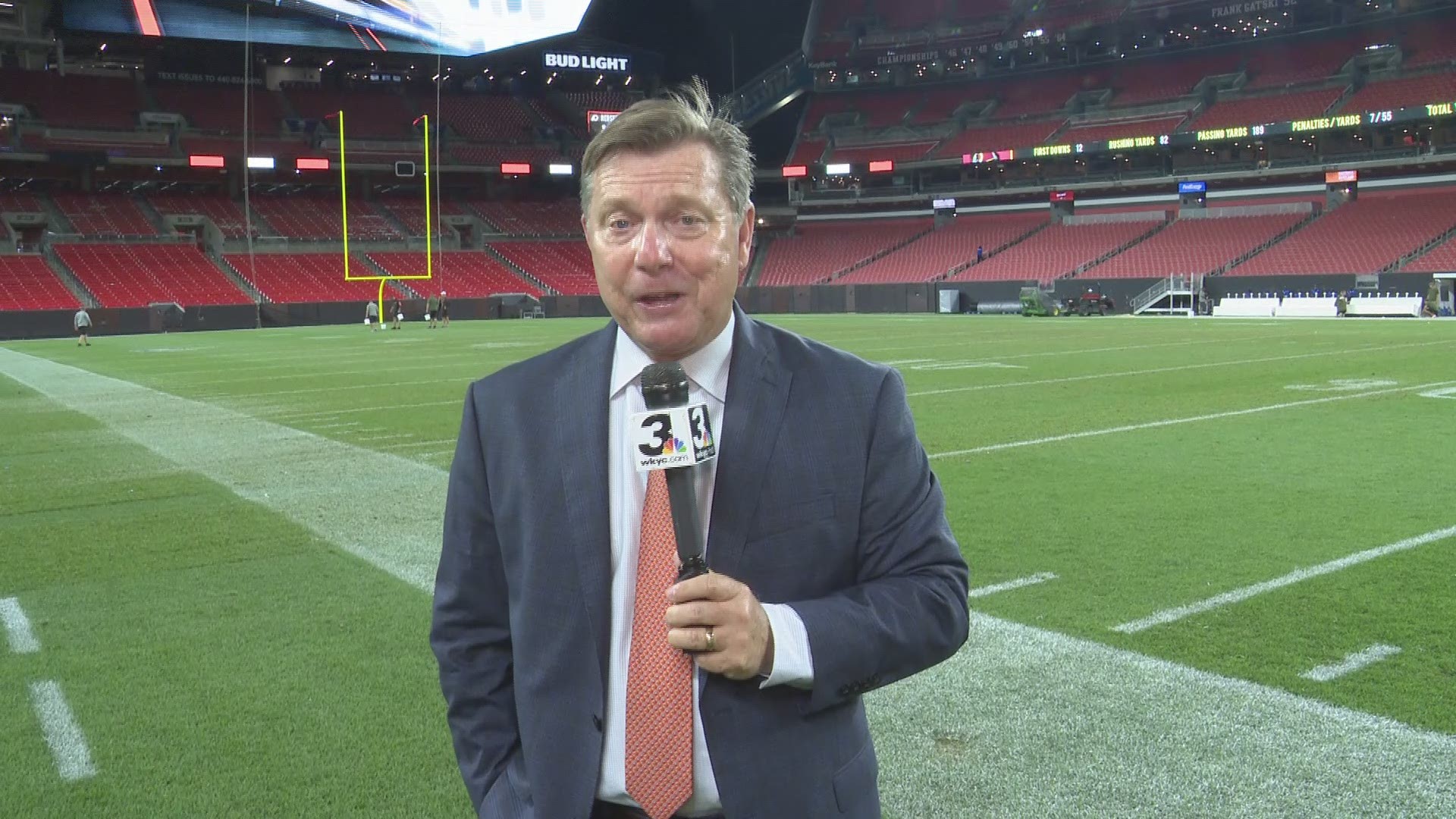 CLEVELAND — The tone was set right out of the gate by the Cleveland Browns in Thursday's preseason opening win over the Redskins.

Baker Mayfield directed the first-team offense on a seven-play, 89-yard touchdown drive that culminated in a 24-yard touchdown pass to Rashard Higgins. It took just over two minutes.

"The Voice of the Browns," Jim Donovan, described the sequence as a "thing of beauty" as Mayfield and company executed the two-minute drill to perfection. In fact, they went to second down only once on the drive.

From that point, the Browns dominated the game.

There were three highlights that Jimmy pointed out in his postgame report:

The Browns will return to the practice field on Friday and then start to get ready for a trip to Indianapolis next week that will feature two days of practices with the Colts prior to their preseason battle on August 17.