'The Voice of the Browns' reflects on the improbable story of the son of a tire worker from Gadsden, Alabama, rising to become head coach of one of the NFL's most storied franchises 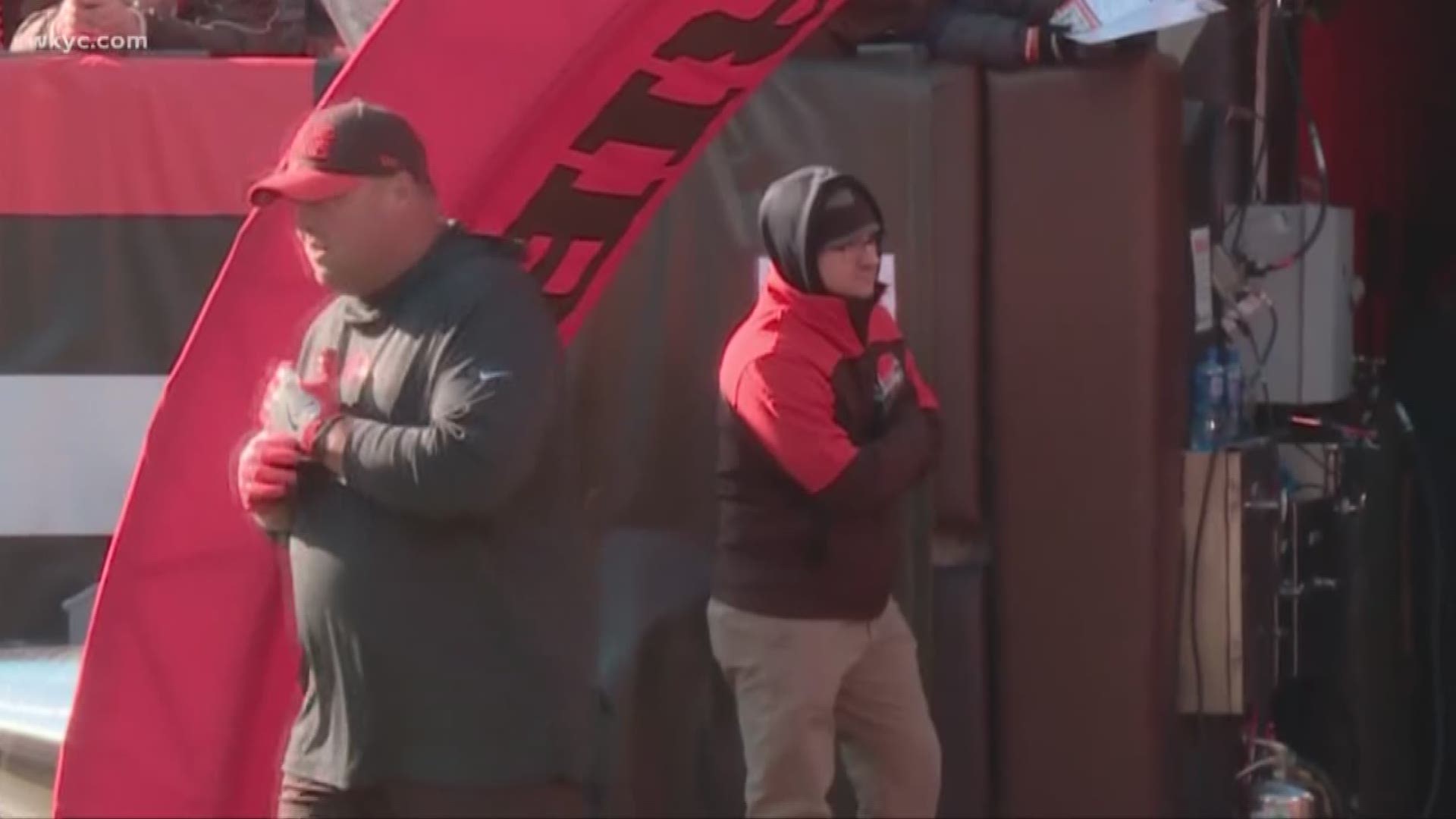 CLEVELAND — The search for the next head coach of the Cleveland Browns was a wide one. Seven candidates were interviewed.

As it turns out, the right guy was just three doors down the hall.

Freddie Kitchens has just pulled off one of the all-time great seasons a coach in the NFL has ever had.

He arrived in Cleveland as the running backs coach. He stepped up to become offensive coordinator for the final eight games of the 2018 season after Hue Jackson and Todd Haley were fired.

On Wednesday, Kitchens completed the triple crown by winning over the Browns' players, GM John Dorsey, and the Haslams to become the next head coach of the franchise.

Not bad for the son of a tire worker from Gadsden, Alabama.

That he's here at all is a miracle.

In 2013, a health catastrophe struck Kitchens when he suffered a tear in his aortic valve. He was given just a 20% chance to survive, but he did.

And it was in the Browns' fourth preseason game in Detroit when they found out that they had more than just a running backs coach in Kitchens. The team gave him the chance to call the plays that night and rookie quarterback Baker Mayfield never looked better.

Which brings us to Baker Mayfield and Freddie.

They click. And that's how you win in today's NFL.

The star quarterback and his coach have to be great together. These two are.

That's maybe the biggest reasons why the Browns made Kitchens the head coach.

One other point: There have been too many head coaches who have come through here over the years and made no connection with you, the fans.

Sam Rutigliano did during the 'Kardiac Kids' era of the late 1970s and early 80s. He was "Coach Sam," the pied piper of Cleveland.

Marty Schottenheimer continued along those lines, receiving that same amount of respect and love.

The guy in the orange 'Dawg Pound' hooded sweatshirt. He's our new leader.

If he were a fan at FirstEnergy Stadium, that's where he would sit...in the Dawg Pound.

RELATED: Gregg Williams thanks Browns fans for their support during his tenure with team