The Browns leave for Indianapolis on Tuesday for two days of joint practices, followed by Saturday's preseason matchup with the Colts 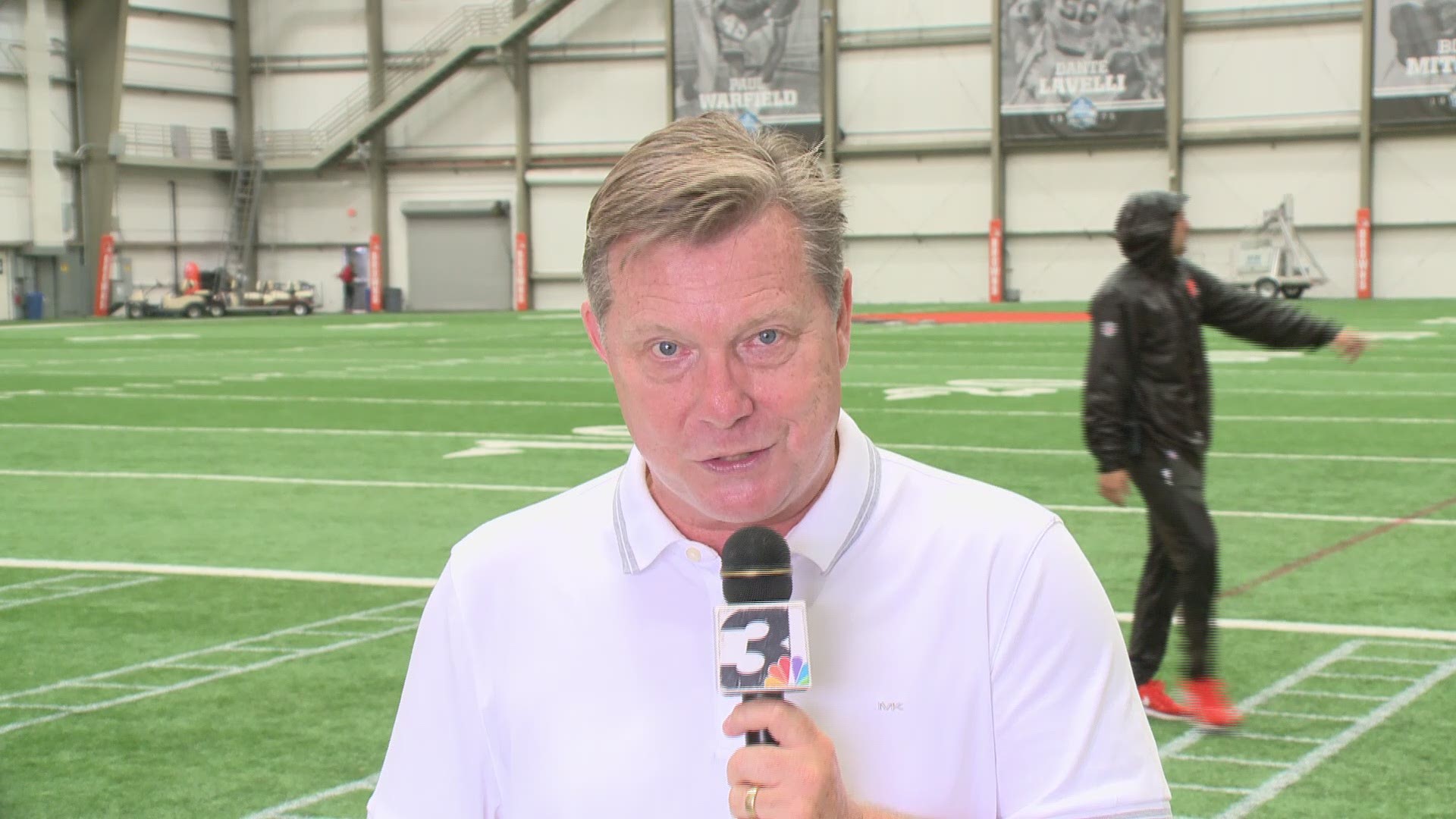 BEREA, Ohio — The Cleveland Browns were back on the practice field on Monday for day 14 of training camp as they get a busy week underway.

The team will have a walk-through in Berea on Tuesday, then a flight out to Indianapolis. The Browns will practice with the Colts on Wednesday and Thursday before squaring off with them at Lucas Oil Stadium in preseason game number two on Saturday.

The Browns were in full contact mode on Monday for yet another physical day in the pads. There was one scary moment as defensive end Chad Thomas sustained a neck sprain and was immobilized on a backboard, carted off the field during a drill at Monday’s training-camp practice in Berea and taken to the hospital for precautionary reasons.Thomas' status to return to practice is day-to-day.

Baker Mayfield had a crisp practice on Monday, although it's too early at this point to know how much or how long he and the starters will play on Saturday.