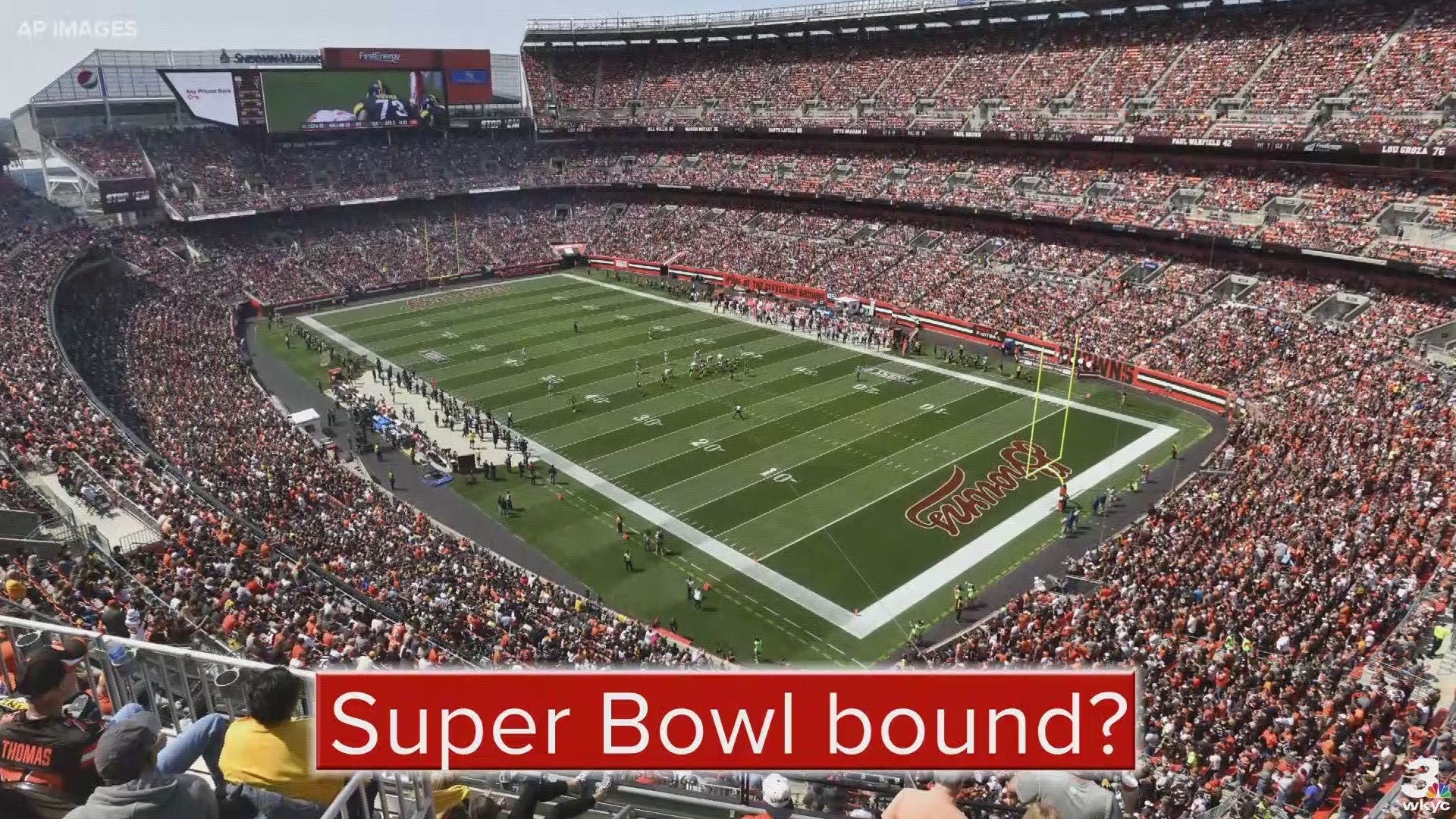 CLEVELAND — The Cleveland Browns have the longest active playoff drought in the National Football League, but after an aggressive start to the offseason with trades for Pro Bowl talent in wide receiver Odell Beckham Jr. and defensive lineman Olivier Vernon, as well as the signing of interior defender Sheldon Richardson, the expectations are high.

Despite the Browns not yet holding a single practice in the offseason workout program, predictions are being heaped on the team, including by former All-Pro left tackle Joe Thomas, who said on NFL.com that fans “realistically should be” expecting a trip to the Super Bowl.

“When you look at the pieces that were put together, you’ve got to say, ‘On paper, this is a roster that’s talented enough to go to the Super Bowl,” Thomas said earlier this week. “Now, they still have a second-year quarterback. They’ve got youth all over the roster.

“Is Freddie Kitchens, in his first year as a head coach, going to be able to take all of those pieces and get them to play together as a team? We don’t know yet, but we can project and we can be excited, and I think that’s where we all are right now as Browns fans.”

Since returning to the NFL in 1999, the Browns have had just two winning seasons and made only one trip to the postseason.

By acquiring Beckham Jr., Vernon, Richardson and several other players through free agency to add depth at tight end, defensive back and offensive line, Thomas believes the Browns are primed to win back fans that have known nothing but losing football over the last 20 years.

“When I retired and now, I’m stepping back and I’m ‘Average Joe Fan,’ and then, moving into the media space, I started to think, ‘If the Browns don’t turn it around soon, we’re at risk as an organization, as fans now of losing this entire younger generation because they’ve never known the Browns to be anything but losers,’ and what kid in today’s society wants to cheer for the team that’s always lost,” Thomas said.

“This turnaround is happening at the absolute perfect moment to hopefully save that generation of young people that their parents and grandparents and their grandparents’ parents, were all huge Browns fans and you’ve got to turn it around now or these guys will be gone forever.”

Thomas knows what it is like in Cleveland when a major-sports team wins a championship, as he was still a member of the Browns when the Cavaliers made an historic comeback to win the 2016 NBA Finals over the record-setting Golden State Warriors in seven games.

And while a reported crowd of 1.3 million people poured into Downtown Cleveland for the Cavaliers’ Championship Parade and Rally, Thomas believes that will pale in comparison should the Browns bring home the Lombardi Trophy after winning the Super Bowl.

“This is something that everybody in Cleveland talks about, especially when the Cavs were really good and the Indians made a couple runs there,” Thomas said. “Everybody said, ‘This is great, and the city is loving it, but this is a Browns town, and if the Browns were making this championship run that the Cavs did, the place would be absolutely electric.’

“Everybody talks about what it was like in the ‘80s, and really, the love in that city, it’s such a blue-collar city, is for football, first and foremost.”