GM John Dorsey believes the Cleveland Browns’ fan base is more passionate than that of the Green Bay Packers. 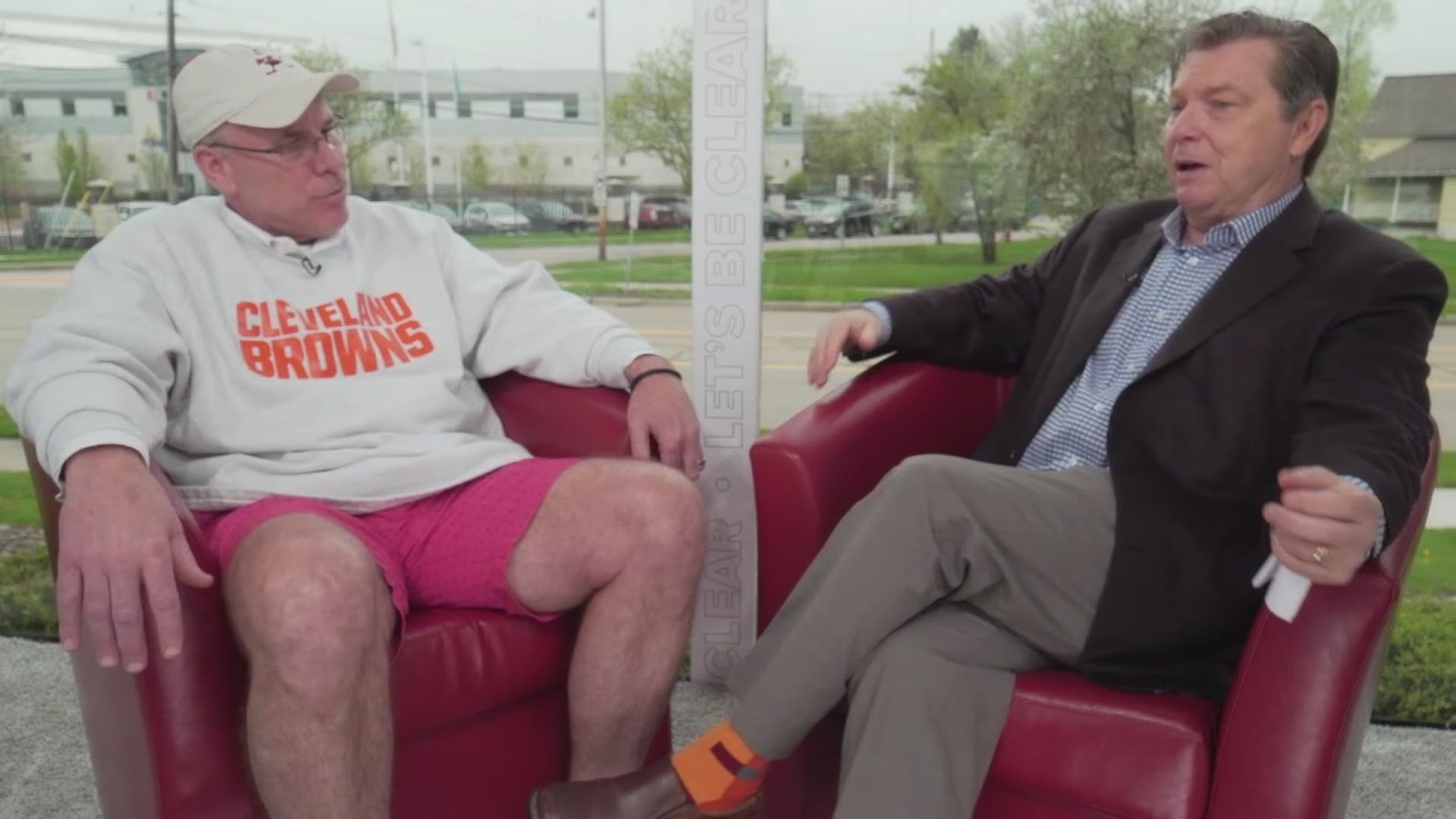 CLEVELAND — Cleveland Browns general manager John Dorsey knows a thing or two about playing in front of and leading teams that have passionate fan bases.

As a player and young executive, Dorsey grew up in the Green Bay Packers’ organization, and later, became the general manager of the Kansas City Chiefs, whose fans at Arrowhead Stadium have set world-record highs for decibel levels reached in a professional sports stadium.

But since coming to the Browns in December of 2017, Dorsey has gained an appreciation for the kind of support there is in Cleveland for the football team.

“The fan base for the Cleveland Browns is more passionate than Green Bay Packers fans,” Dorsey said in a “Let’s Be Clear” interview with Jim Donovan during rookie minicamp.

“That means a lot, but there are a lot of similarities between the Green Bay Packers and Cleveland Browns because of those iconic years early on. That’s why I’m so ecstatic to be here because this is the Cleveland Browns. You can go back to Paul Brown. If it wasn’t for Paul Brown, I probably wouldn’t have a job because he basically evolved scouting.”

Throughout their history, the Browns have enjoyed the support of a loyal fan base, which helped keep the colors, names and records in town when the original team moved to Baltimore after the 1995 season, and has remained strong despite the struggles in the 20 years since their return to the NFL in 1999.

The Browns’ 6.0 optimism score is a combination of the volume of tickets fans have purchased matched up with the amount of wins the Las Vegas sports books have predicted the team would have during the 2019 season.

Dorsey’s comments and StubHub’s Fan Optimism Index are the latest acknowledgements given to Cleveland fans during the offseason. Earlier this year, Browns fans won a Twitter tournament to figure out what NFL team had the most loyal fan base.

Unlike past years, Browns fans have plenty of reason to be optimistic heading into the 2019 season.

At 2-5-1 following a 33-18 loss to the Pittsburgh Steelers on October 28 and in the middle of an unprecedented midseason coaching staff upheaval following the dismissals of Hue Jackson and offensive coordinator Todd Haley, the 2018 Browns looked to be anything but a team capable of the greatest year-to-year turnaround in franchise history.

Credit: Matt Florjancic
Cleveland Browns GM John Dorsey remains committed to keeping his options open in the coaching search despite Gregg Williams' success in the second half of the 2018 season.

But a 5-3 record over the second half of the season and three-game winning streak in December secured the Browns’ greatest single-year turnaround in team history, as they finished plus-7.5 in victories over 2017’s winless campaign.

“I think the fan base deserves this because this is the Cleveland Browns,” Dorsey said. “To me, it’s one of the marquee, iconic franchises in the National Football League.

“Last year, we finished third in the AFC North. That’s not good enough, so what we did after the season ended, we constructed the plan on our second year of this thing. We began to fill some holes that needed some veteran leadership, but at the end of the day, when you have a young quarterback like Baker Mayfield, you want to surround him with some offensive weapons.

“I think we’ve accomplished that, and I think we’ve helped on the defensive front four. I think that’ll help Myles Garrett and make him a better player because now, you have legitimate four pass rushers, so I’m excited to see how things unfold.”