Kareem Hunt: Cleveland Browns ‘might not always be pretty, but have to find way to win’

Cleveland Browns running back Kareem Hunt says the team needs to continue overcoming adversity and keep winning games down the stretch run of the 2019 season. 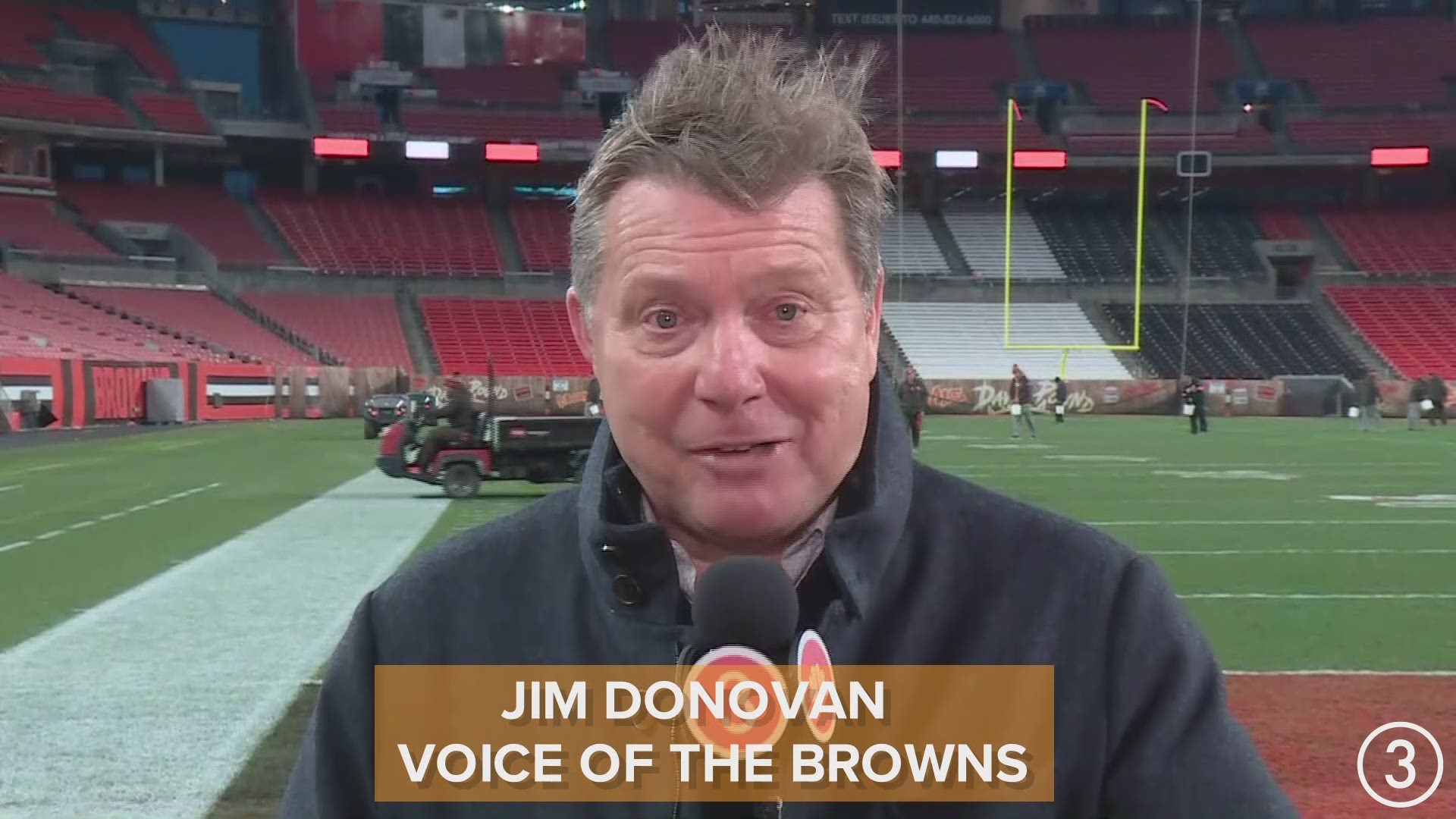 CLEVELAND — The Cleveland Browns had to wait a week to get back onto the field for a game after last Sunday’s loss to the Pittsburgh Steelers at Heinz Field in Pittsburgh, and they vented some of that frustration in the second half of “The Battle of Ohio” matchup against the Cincinnati Bengals at FirstEnergy Stadium in Cleveland Sunday.

After a slow start for the running game, the Browns (6-7) got things going on the ground with the two-pronged attack from Kareem Hunt and Nick Chubb and rode that momentum to a 27-19 victory over the Bengals (1-12) in front of the home fans.

“It is big,” Hunt said of the victory following the Bengals game. “Every game is big from here on out. We have to keep coming and winning. It might not always be pretty, but we have to find a way to win.”

RELATED | ‘We should be 5-0.’ Cleveland Browns QB Baker Mayfield still stinging from loss in Pittsburgh

After having just seven yards on three carries in the first half, Chubb finished the game with 106 yards on 15 attempts, thanks in large part to a 57-yard run up the middle that set up Hunt’s three-yard rushing touchdown.

Hunt accounted for 68 scrimmage yards (40 receiving, 28 rushing) and one touchdown against the Bengals.

“We lean on Chubb and Kareem, and those guys found ways to make plays,” wide receiver Jarvis Landry said. “The line did a hell of a job blocking downfield, and when we got in the red zone, found a way to get points. They did a good job.”

Quarterback Baker Mayfield added, “It is what we harped on at halftime for the offense, knowing that we got the ball on the kickoff, and we did just that. The offensive line played great in the second half. Obviously, Nick and Kareem ran the ball well and Nick had a field day.”

Sunday’s win over the Bengals was the Browns’ fourth victory in the last five weeks and fourth consecutive in front of the home fans at FirstEnergy Stadium. That run of success in Cleveland comes after the Browns started the year with an 0-3 mark in home games.

Hunt, who served an eight-game suspension for off-the-field incidents at the start of the 2019 regular season, is happy to be contributing to wins, but with the Browns sitting at 6-7 with just three weeks remaining before the playoffs begin, he knows there is little margin for error.

“It is nice playing at home, and it is even better playing for your hometown team,” said Hunt, a native of Willoughby, Ohio, “Plan on hopefully going undefeated here in Cleveland, and that will be something big. Hopefully, make a run, but we have to take it game by game. The most important game is Arizona now.

“You never know what can happen, so we have to come out here and win out pretty much. It starts with the next play against Arizona, the next quarter, everything. That is the biggest focus right now.”

RELATED | The 2019 Cleveland Browns will be remembered for too much drama and not enough wins: Bud Shaw’s Sports Spin

'COME GET ME OUT OF HERE': Odell Beckham Jr. reportedly told players he wants out of Cleveland

JIMMY'S TAKE: Browns' latest win 'was tough, but let's not be picky'