Meeting with reporters after the game, Kevin Stefanski discussed the Cleveland Browns' 26-6 victory over the Chicago Bears. 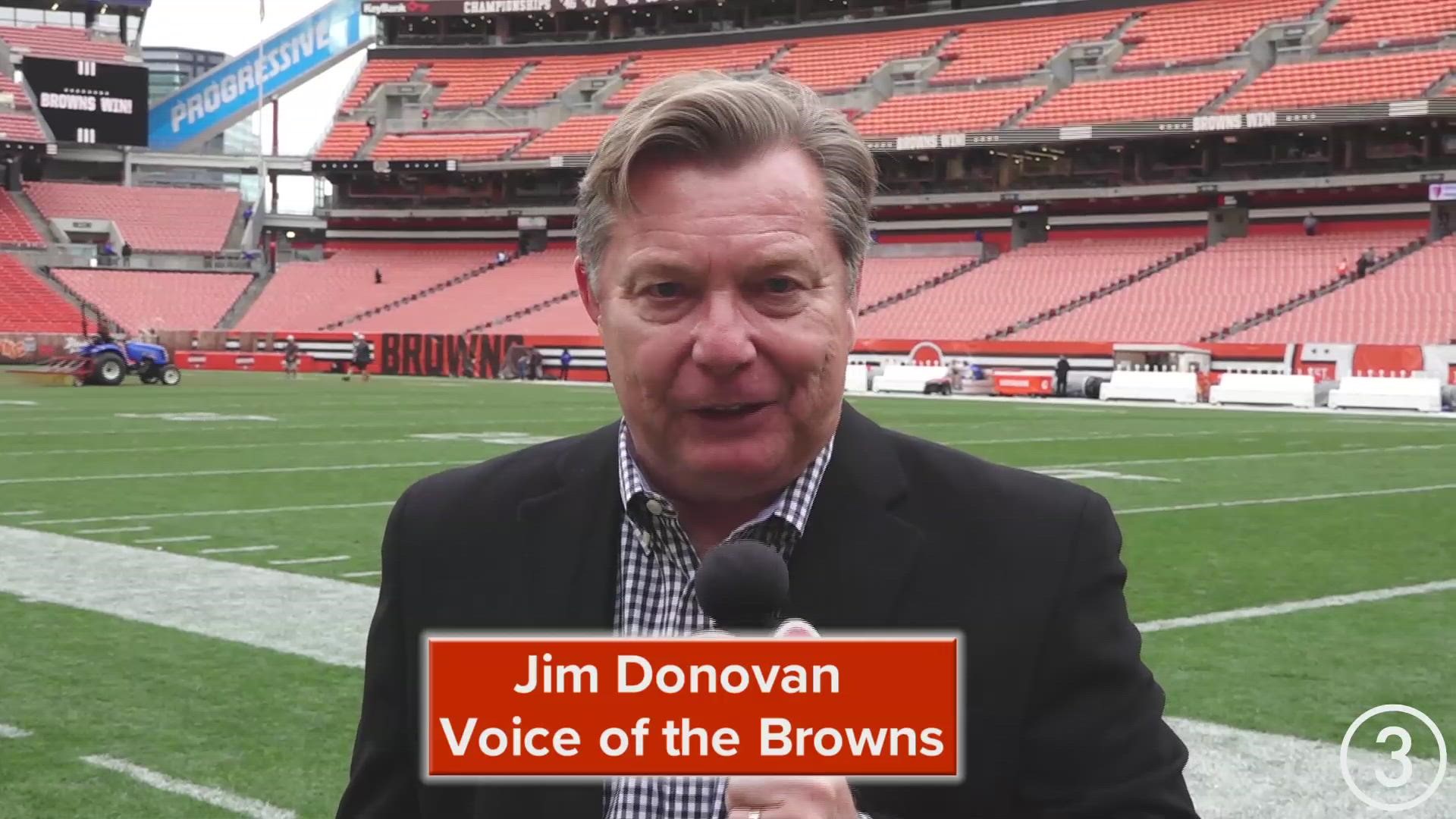 CLEVELAND — Meeting with reporters after the game, Cleveland Browns head coach Kevin Stefanski discussed the fallout from his team's 26-6 victory over the Chicago Bears.

What follows is a full transcript of Stefanski's postgame press conference as provided by the Cleveland Browns media relations department:

“Injury front: (CB) Greg Newsome (II) has a calf injury, and we will get an MRI on that in the morning.

“I thought our crowd was outstanding. They make a difference in these home games, and they certainly did today. They made life very hard on the opposing offense today. Hats off to the crowd. They were outstanding.

“Our defense, six points allowed, the nine sacks and one-of-11 on third down, which was a huge emphasis for us. Some unbelievable individual efforts, but I thought the guys played sound, played together, ran to the ball and obviously did a nice job to hold that team to six points and 47 yards. Special teams, (K) Chase (McLaughlin) was outstanding – four-for-four and two 50-plus. Those guys were flying around on kickoff. (RB) Demetric (Felton) was outstanding. Offensively, start with we did not turn the ball over so did not give the ball away, which is a huge emphasis for us. That is a really good front. That is a really good front on their defense, and we knew it was not going to be easy. We knew we were going to have to chip away at it, and eventually did with 215 yards on the ground. (RB) Kareem (Hunt), as you guys know, was outstanding.

“We are a 2-1 football team. It was great to come in here and get a team win in front of our fans and then we will make some corrections tomorrow.”

On Hunt helping change the tone on offense with hard runs, particularly in the second quarter:

“Kareem runs very hard. When it is there, he runs hard and makes great yards. When it is not there, he is still running hard and he is spinning out of it. I have seen it live and in living color with a great seat the last couple of years to see this kid fight for every yard out there. He has a great mentality and is a team guy all of the way. We are certainly were leaning on him there in moments.”

On making adjustments in pass protection after Mayfield was sacked multiple times early in the game:

“Yeah I would tell you first thing is I did not do a good enough job in the pass protection and how I called it, I need to be better. Baker can’t get hit like that so that is on me, and I will be better. I thought the guys understood the challenge. It was a stiff test versus that front, but I can help out there.”

On DE Myles Garrett ‘calling out his teammates to give him some help’ earlier in the week and if it had any effect on his performance today:

“No, I do not think it had any effect. Myles is a great player. He is a team leader. We are going to need him to be great. He was great today.”

On the Browns defense’s performance after tying a franchise record with nine sacks in the game:

“It was great, but what I would tell you is these guys practiced their tails off this week. In particular on Thursday, which is our third down day, we were flying off of the ball and executing the games. I really believe you take the practice field to the games. I would tell you that the guys were outstanding during the week and then they showed up today.”

On four of Garrett’s sacks occurring on third down:

“As we talked about, third down was a huge emphasis for us this week. It will be next week and the week after that. It is just the nature of the game. It is the money down. I thought the guys did a nice job of getting off [of the field] today.”

On WR Odell Beckham, Jr.’s performance in his first game back from injury:

“He did a nice job. He made a couple of nice plays for us. I do not know the exact number of plays he played, but I know he was productive in the pass game. I think it was good for him to get out there and help his team win.”

On if he could sense Beckham’s excitement to be back on the field:

“He worked very hard to get back here. Any guy who is coming off an injury and coming off of an offseason surgery, it is not easy. He pushed very hard and I was proud of him out there.”

On how he would describe Garrett’s performance:

“Good – you guys are the wordsmiths; I do not describe (laughter).”

On Beckham played as much or more than expected:

“We just had a constant dialogue between myself, AVP (offensive coordinator Alex Van Pelt) and CO (pass game coordinator/wide receivers coach (Chad O’Shea), just making sure he was good to go. I do not know what the exact number was.”

On if he was surprised Bears QB Justin Fields did not run more and what the Browns did to contain Fields:

“I think that was a big focus for us – his ability to get out of the pocket. Whether we were rushing four, five or six, we had to be true to our rush lanes. I think there were moments where he pulled the ball and tried to run, and the guys did a great job of executing the plan.”

On if this game epitomizes what the Browns are looking to establish as a tough team:

“I think we want to play attacking defense, get that lead and then be able to run the ball like we did in the second half. I think that is not secret that it is a blueprint for success. Now, you have to play great defense, you have to get the lead and you have to be able to run it when they know you are running it so it is way easier said than done.”

On having confidence in McLaughlin to make two 50+yard FGs:

“He was good in warmups. He has been good at practice. I have confidence in the kid.”

On if Mayfield’s left shoulder felt fine after taking a few sacks:

On the two failed fourth down attempts in the first half, including a poor snap on the first and potential miscommunication on the second:

On if the defense needed a dominant day to rebound from the first two weeks:

“Anytime you do not win, you lose Week 1 and everybody is disappointed. After a win, you make corrections. I think about our performance today – it was good, but we have to make corrections and we have to clean things up because whoever we play next week is another big game. That is just the NFL. We have to be ready to go week to week.”

On how crucial it was to end the first half with a long TD drive:

“I thought that was a big deal. We were backed up there, got some breathing room and got into the two-minute. Obviously, Kareem made some plays in there. I thought the communication and the operation was efficient and then got a good look at a play with Hoop (TE Austin Hooper) going down the middle. Baker made a great throw, and Hoop made a great catch. We really did need that to go into the half with seven points.”

“I would have to look at it, but I am going to guess he was running around making plays.”