Browns head coach Kevin Stefanski: 'There's no such thing as an ugly win' 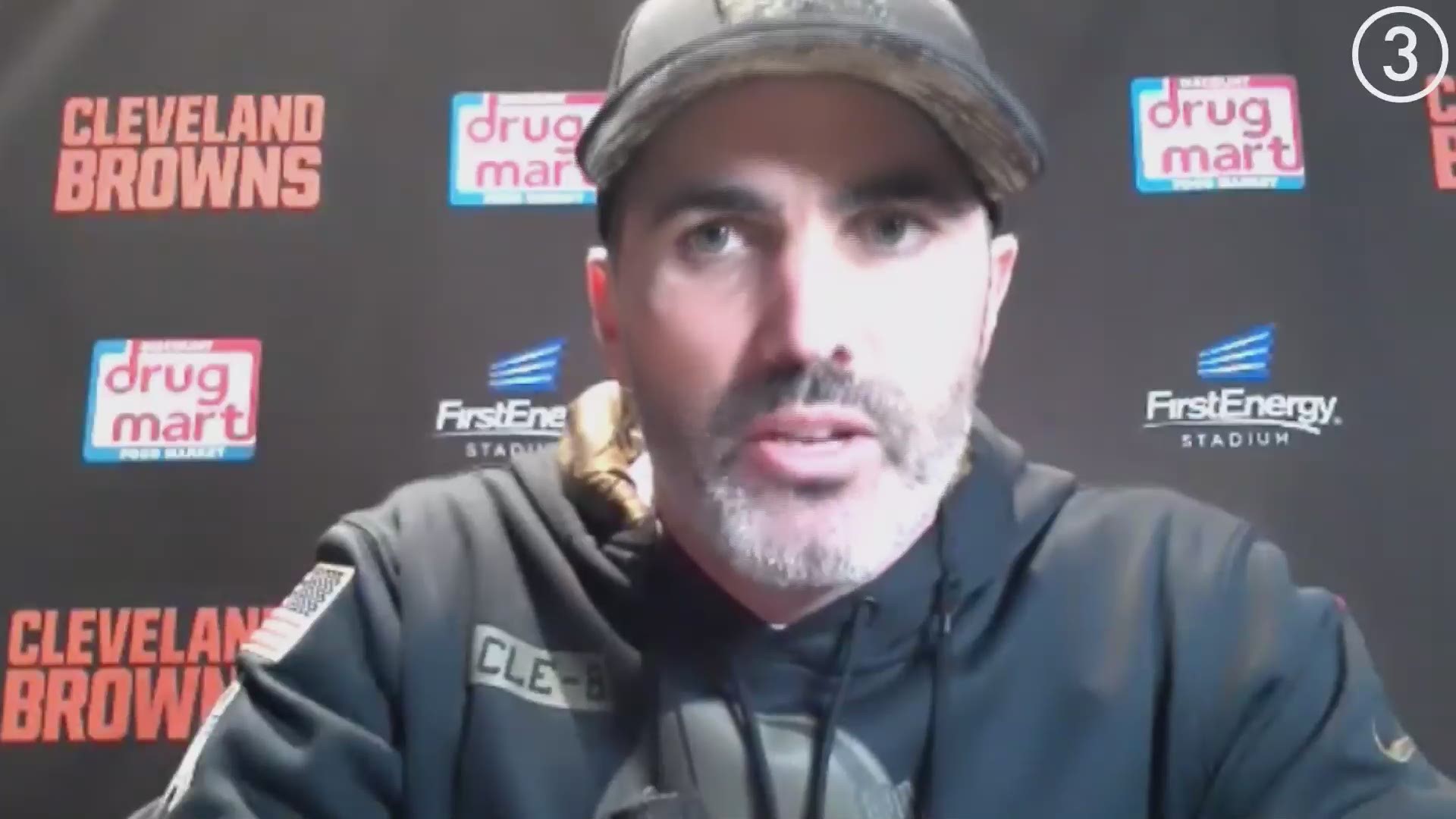 This week, the Browns battled against rain throughout the entirety of what wound up being a 22-17 victory vs. the Philadelphia Eagles.

Between the low-scoring nature and consistent elements that were present in both games, both of Cleveland's last two victories were described by many as "ugly." Speaking to reporters on a Zoom call following his team's win over the Eagles on Sunday, Browns head coach Kevin Stefanski took issue with that description.

"There's no such thing as an ugly win," Stefanski said. "That was a beautiful win."

"There's no such thing as an ugly win. That was a beautiful win." pic.twitter.com/WpcVKgbedF

To Stefanski's point, it's wins and losses and not point differential that matter in the NFL standings. And through 10 games, the Browns lay claim to a 7-3 record -- their best 10-game start since returning to the NFL in 1999.

Now sitting at second place in the AFC North, one game ahead of the 6-4 Baltimore Ravens, Cleveland is currently in the thick of the AFC Wild Card race. With one of the easier schedules in the NFL remaining, the Browns are well-positioned to end an NFL-long 18-year playoff drought. And it doesn't matter whether they've won "pretty" or "ugly" to get to this point.

"We're worried about the singular focus. A win is a win and we'll take it however we get there, we'll take it," Cleveland quarterback Baker Mayfield said on Sunday. "So, defense playing lights out -- you might call it 'ugly' but Coach Stefanski called it 'beautiful' after the game. Complementary football is what we needed to accomplish that win today."

Having played their past three games in Cleveland, the Browns will now hit the road for a pair of road games against the Jacksonville Jaguars and Tennessee Titans. After that, they'll return for a matchup against the Baltimore Ravens on Monday Night Football on Dec. 14, which could prove pivotal in their quest to end the NFL's longest active playoff drought.