Fred Nance negotiated with the NFL in 1995 on behalf Cleveland to keep football here. 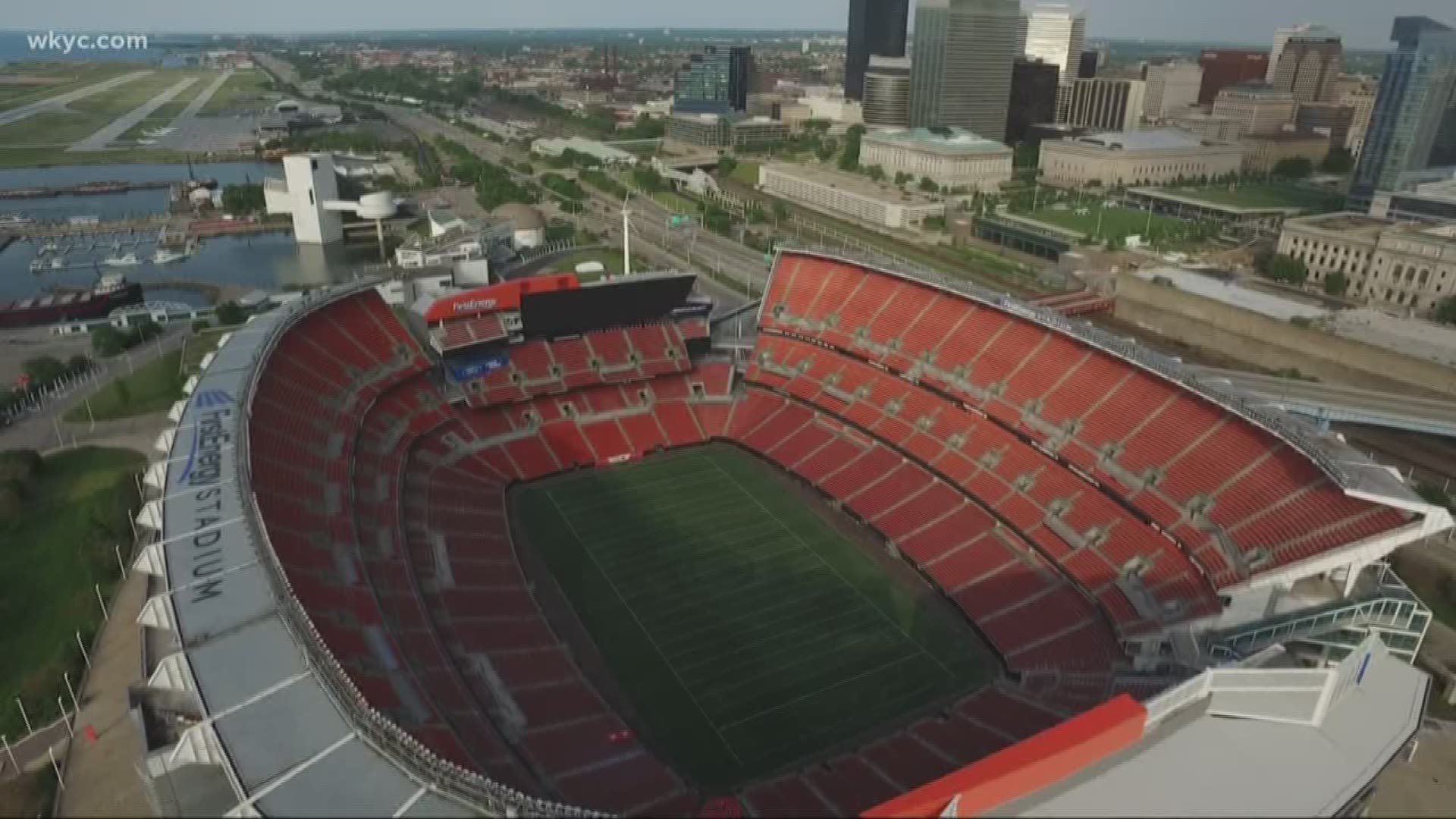 CLEVELAND — Cleveland’s lakefront, which has been slowly developing over the last two decades, is a good place for a football stadium, says attorney Fred Nance.

Global managing partner of the law firm Squire Patton Boggs, Nance negotiated in 1995 with the NFL on behalf of then-Cleveland Mayor White to keep football in town, after Art Modell, the owner of the old Browns, bolted for Baltimore.

While the city leaders considered other sites, including a couple near Gateway, the sports complex that’s home to Progressive Field and Rocket Mortgage Field House, they settled on the footprint of old Municipal Stadium on the lakefront. Some critics have argued that the massive structure stymied expansion along the lakefront.

“But ultimately the NFL was as interested as Mayor White in trying to keep it here at this location because we all foresaw the development of lakefront and the fact that Cleveland was going to become a place that had a vibrant downtown,” he said in a recently in an interview with Channel 3 outside FirstEnergy Stadium. “And a lot of those predictions have come true and I think the Browns had been part of some of those discussions about lakefront development.”

Nance, who does not represent the Browns organization, said he doesn’t know what team owners, Dee and Jimmy Haslam, plan to do when the team’s lease with the city of Cleveland, which owns FirstEnergy Stadium, expires in 2029.

ESPN reported in 2018 that the Haslams were studying development options on the lakefront as well as options for building a new stadium elsewhere.

The Browns told Channel 3 that preliminary discussions are underway, but nothing is settled, not even a timeline for proceeding.

“Again, too early to determine,” Browns VP of Communications Peter John-Baptise said in an email. “Lots to discuss. Grateful to be part of the conversations because our lease is up in nine years. Obviously, we are committed to this region and planning for an enormous project like this will take time.”

You can read more comments from Peter John-Baptise here.

Nance said the pressure of building a stadium in three years per the NFL agreement was challenging.

“The more ambitious you're willing to be, obviously the earlier you have to start,” he said.  “I think right now the conversations are very general. They're very conceptual. I don't think there had been any [decisions] made, but yes, if you're going to think about doing a substantial project, the lead up time is critical, particularly if there is another site that might be involved. But my understanding is there seems to be a lot of a sense that the lakefront is in the process of being developed on multiple fronts.”

Nance said renovating the current stadium is a viable option given its strong foundation. He said that new technology can be incorporated into a renovation to make the stadium more attractive. He couldn’t say if a roof could be added to the facility.

The Browns lease includes a provision that the city must keep the stadium “competitive and comparable and within the top echelons of the league," Nance said. He said keeping pace requires constant updates.

You can watch the extended interview with Nance in the player below: 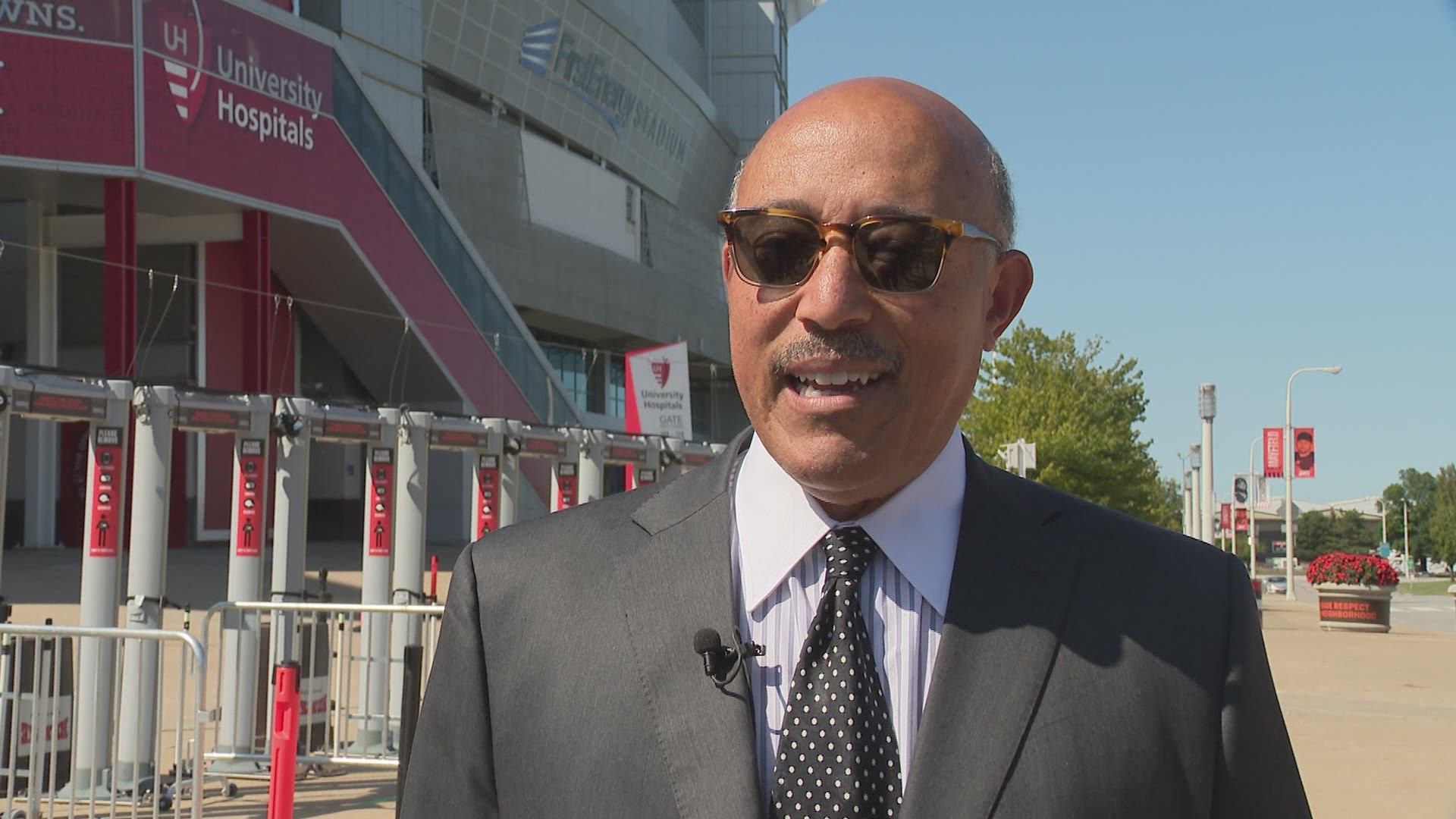 Paying for renovations or building a new football stadium will be costly. Several new stadiums and nearly completed ones around the country include related development and cost more than $1 billion.

When the team settles on an approach, it will surely spark a debate about who – taxpayers or team owners – should foot the bill. An existing public money stream from a tax on the sales of alcohol and tobacco will not be available. And it's likely that the Cleveland Indians, whose lease with Gateway expires in 2023 will seek a major renovation.

Mark Rosentraub, a professor of sports management at the University of Michigan and a former Clevelander, said stadium projects with related development could reduce the cost to taxpayers.

“It’s getting to the point where you say, right now, the most cost-effective thing, is to figure out how to renovate it,” he said about FirstEnergy Stadium. “And by the way, renovation does not mean a $200 million dome.”

Nance said that fans and the NFL had “no stomach” for including a dome when FirstEnergy Stadium was built. He said doing so would have delayed the return of the Browns by a year and added about $100 million to the stadium’s $300 million price tag.

Rosentraub said the trend on building stadiums “is to capture the larger portion of the entertainment audience” through related development.

“If we could get a sustained growth on the lakefront – more businesses, more businesses moving, that’s the only way it pays off. It’s getting more regional activity to concentrate inside the city of Cleveland. And that’s why the goal has to be strategic, because if you don’t reach that goal, it can’t pay for itself.

But he said the Haslams will have to put money into any project.

“This is going to be a painful conversation, and you’re certainly going get a lot of pushback from the team,” he said.

MORE: Man banned from FirstEnergy Stadium tells WKYC he was not the one who poured beer on player at Cleveland Browns game