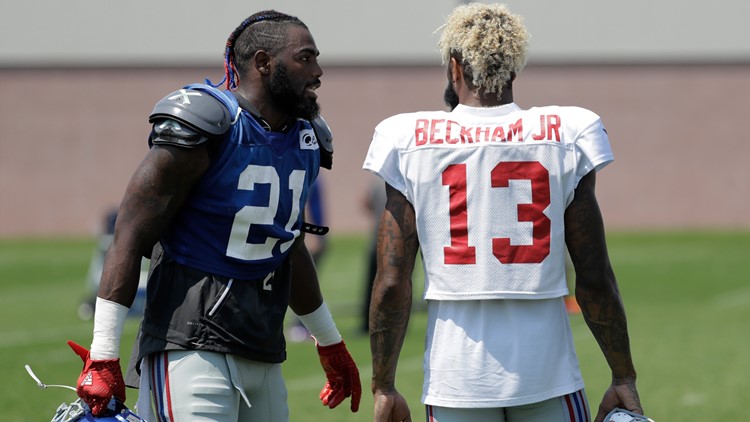 Landon Collins says Browns WR Odell Beckham Jr. was 'loved' by teammates, despite Giants management thinking he was a problem

One of the best defensive players in football, Landon Collins was surprised when the New York Giants failed to offer him a contract before he signed with the Washington Redskins this offseason.

But when it came to his former team's decision to trade Odell Beckham Jr. to the Cleveland Browns, the 3-time Pro Bowl safety was anything but shocked.

Beckham's issues with his now-former team have been well documented. Asked in his own interview with NJ.com shortly after dealing Beckham to the Browns if the Giants have a culture issue, New York general manager Dave Gettelman replied, "Not anymore."

But while Giants management may not have supported the polarizing wideout, Collins insists that wasn't the case inside the Giants locker room. In fact, the 2016 All-Pro went as far as to say Beckham was beloved and that he didn't understand why the front office saw him in such a different light.

“We loved him,” Collins said. “Odell is my brother. He is not that kind of guy, or what people think he is about or what the organization did. I don’t know why."

That's not to say that the 26-year-old Beckham didn't have his brush ups, including an ESPN interview in which he appeared to not support quarterback Eli Manning and an Instagram video in which he could be seen with a woman who was sitting in front of a white substance. Beckham has also been critiqued for his on-field celebrations and dustups with opposing players -- and kicking nets -- but his immense talent has always seemed to outweigh any of the perceived trouble he had caused.

To this point in his Cleveland career -- which is admittedly just two months old -- Beckham has steered clear of controversy, although that hasn't stopped him from taking to Instagram to clarify comments he felt were taken out of context.

As for his new teammates, the former of the Rookie of the Year has been received just as well in Cleveland as he was in New York. And as for his reputation elsewhere, he continues to insist he's not all that concerned.