Las Vegas named host of 2020 NFL Draft, Cleveland-Canton had been a finalist

Northeast Ohio had previously been named a finalist to host the 2020 NFL Draft, which would have coincided with the 100th anniversary of the Pro Football Hall of Fame. 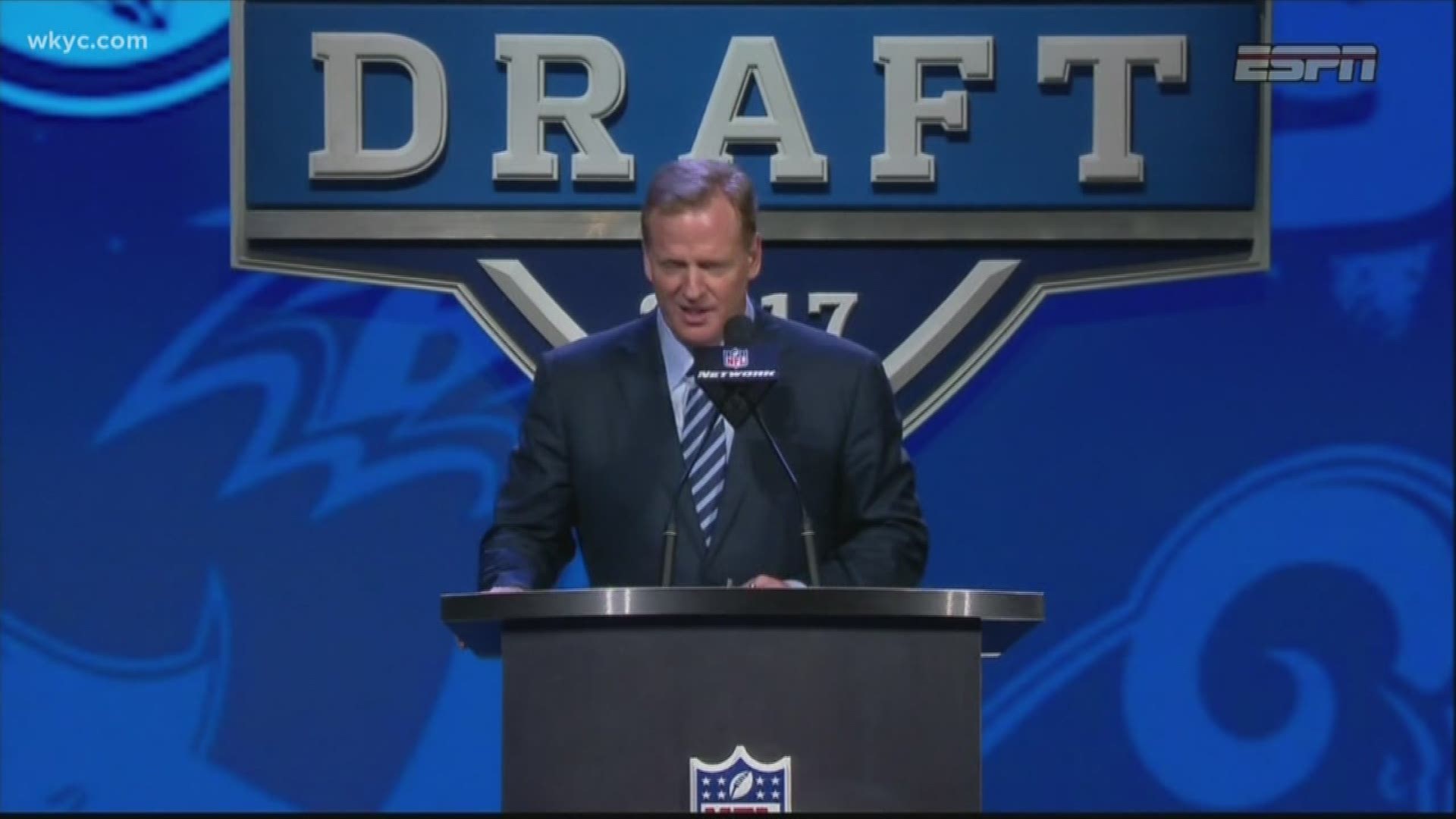 As it turns out, the NFL Draft isn't coming to Northeast Ohio.

At least not anytime soon.

On Wednesday, the league announced that Las Vegas will host the 2020 NFL Draft. Cleveland-Canton had previously been named a finalist for both the 2020 Draft and 2019 Draft, the latter of which was awarded to Nashville earlier this year.

2020 would have doubled as the 100th anniversary of the Pro Football Hall of Fame.

"They're putting a hotel around here,” said Kiggans. “They’re increasing the infrastructure around Canton. What else can we do?,” he asked.

Cleveland was selected as one of five finalists to host either the 2019 or 2020 drafts, along with Denver, Kansas City, Nashville and Las Vegas, earlier this year.

"Meanwhile, the Hall, the city of Canton, and all of northeast Ohio continue to focus on a spectacular centennial celebration of the founding of the NFL that will take place in 2020."

At Jerzee’s Sports Grille in Canton, bar manager Scott Pillen says the NFL’s decision is a blow to the city of Canton.

Las Vegas' hosting of the draft will come in the same year that it is expected to become the home of the Raiders. It remains to be seen whether Cleveland-Canton will move forward with a bid for the 2021 Draft and what the league's timetable will be for announcing such event.

"We will not disappoint you,” said Pillen. “We throw a great party here. We love football. It belongs here."