It took just 2:13 of the first quarter for Jimmy to call the first Browns touchdown of 2019 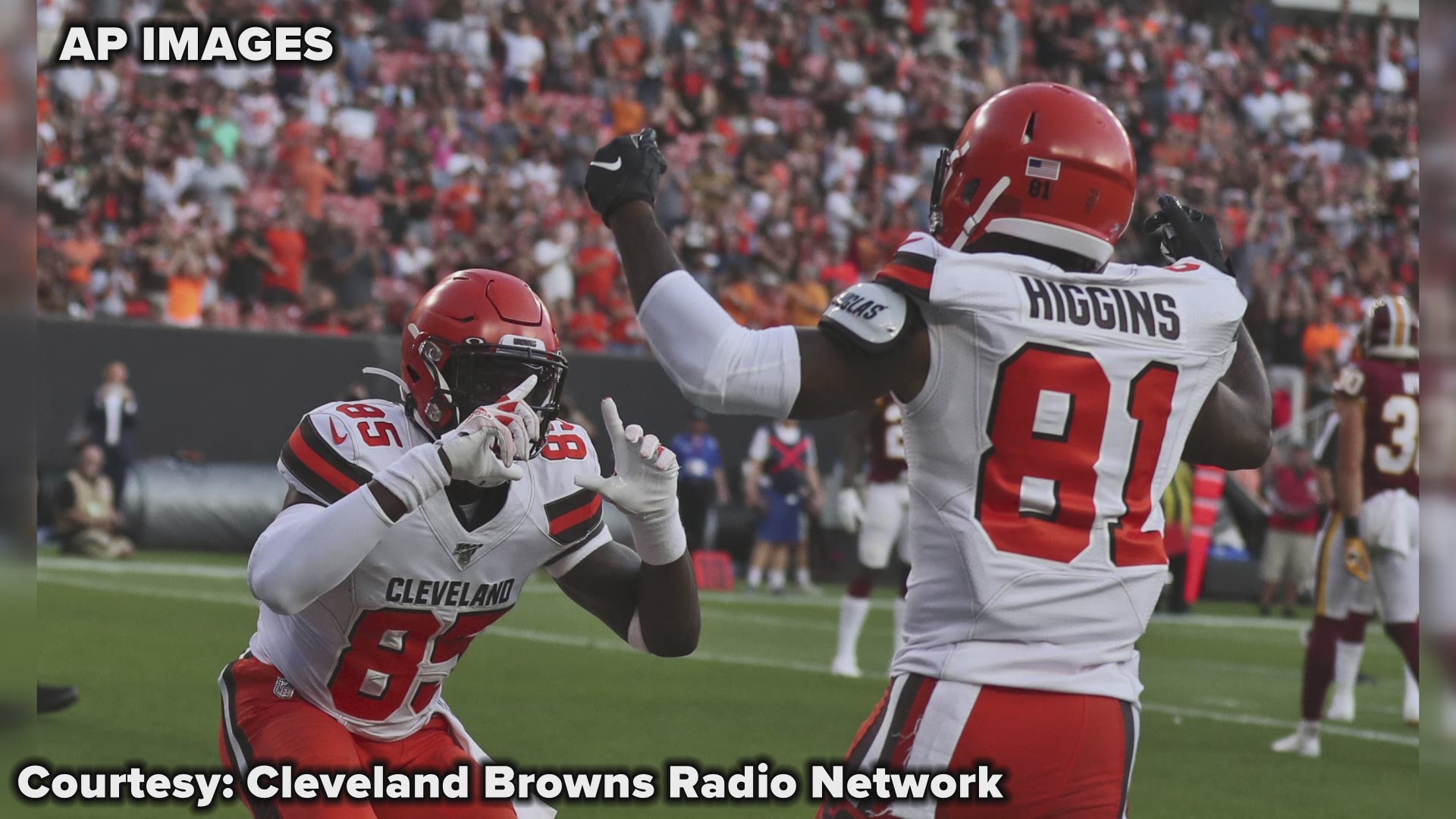 CLEVELAND — It didn't take long for Jim Donovan to call a Cleveland Browns touchdown in 2019!

The Browns marched 89 yards in seven plays with the opening kickoff to start the preseason on Thursday night against the Washington Redskins. The drive culminated in a Baker Mayfield 24-yard touchdown pass to Rashard "Hollywood" Higgins.

Donovan, now in his 21st season as the "Voice of the Browns," was in midseason form on the call. He shouted "BAKER MAYFIELD ON FIRE" following the touchdown and then followed Baker's path to the endzone, noting that the Browns offense snapped a virtual photo of Higgins. Partner Doug Dieken worked in a few chuckles after watching Mayfield's antics.

Here's the best part of Jimmy's call: "That's how it's gonna go, everybody."

Mayfield completed five of six passes on the drive for 77 yards. He was taken out after the touchdown drive.

Browns fans hope that Jimmy is on target with his prediction.