The starting quarterback played the entire first quarter and even threw a touchdown pass to KhaDarel Hodge. 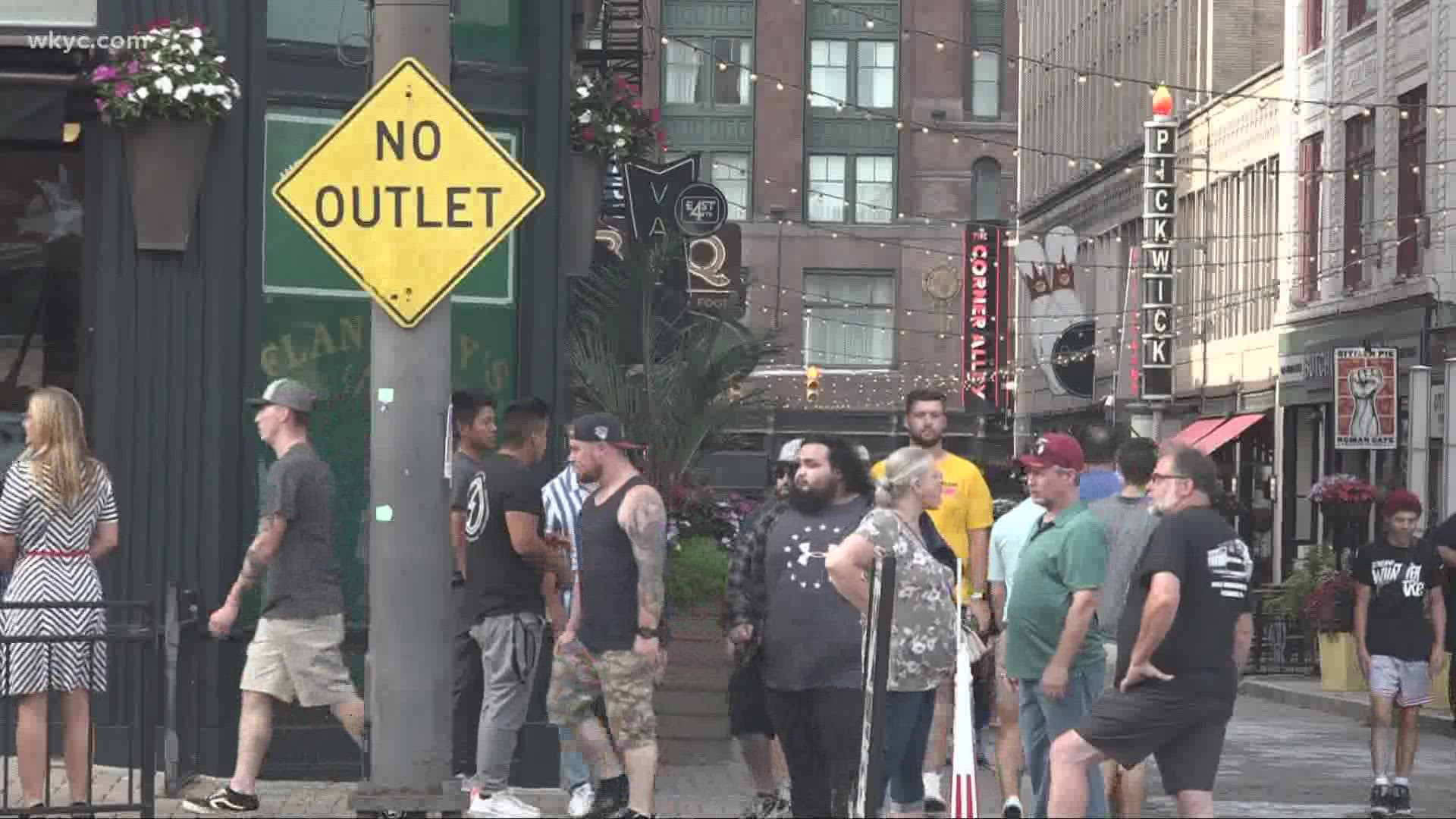 ATLANTA — The Browns have finished the 2021 preseason undefeated, and most of their big contributors appear to have made it through unscathed.

A fair number of Cleveland’s starters saw action in the exhibition finale, a 19-10 win over the Atlanta Falcons on NBC’s “Sunday Night Football.” Notably, quarterback Baker Mayfield was under center the entire first quarter, going 6 for 10 for 113 yards and a touchdown pass to KhaDarel Hodge.

Most of the Browns’ first-team offensive line played as well, and tight end Austin Hooper had a nice 35-yard catch-and-run on the opening drive. On defense, rookie Greg Newsome II appeared to solidify his hold on the second starting cornerback spot, and Cameron Malveaux impressed off the bench with a pair of sacks.

The Browns will now focus on final roster cuts, with the deadline looming at 4 p.m. Tuesday. The regular season will begin Sept. 12 in Kansas City, a rematch of last year’s AFC divisional playoff.

What follows is a comprehensive drive-by-drive recap of tonight's action, with the most recent plays and updates closest to the top. Stay with WKYC.com and 3News for the latest throughout the evening.

1:08: Down by two scores, the Falcons again go for it deep in their own territory, but Josh Rosen's fourth-down pass sails incomplete. The Browns take over on the Atlanta 22 and will kneel away the remainder of the clock.

1:57 - Browns 19, Falcons 10: A touchdown takes us to the two-minute warning, with Davion Davis making a juggling catch from 10 yards out. However, Chase McLaughlin's extra point attempt sails wide right, his second missed kick of the evening.

5:42: The Falcons get near mid-field, but Josh Rosen is sacked by Cameron Malveaux on fourth down. The Browns take over at the Atlanta 41-yard line.

7:32: The Browns' latest series stalls on the Atlanta 41 and Jamie Gillan comes out to punt for the first time tonight. His kick pins Falcons at their own 11-yard line, but a fair catch interference penalty moves it all the way up to the 26.

11:39 - Browns 13, Falcons 10: The Falcons take advantage of the takeaway and finally get in the end zone, with Josh Rosen hitting Juwan Green for a 7-yard touchdown pass.

14:50: Kyle Lauletta gives it right back as his pass is picked off by Dwayne Johnson Jr. He promptly fumbles it again, but this time the Falcons recover and will start on their own 48.

That rocks! @__DwayneJohnson with the pick!

0:09: In a strange turn of events, Kyle Lauletta's pass is intercepted by Kobe Jones who promptly fumbles it at the Cleveland 40. Browns offensive lineman Colby Gossett recovers at his own 21, and a 15-yard penalty pushes it backup to the 36, where the Browns will retain possession.

But seriously, Kobe Jones has to be better there. The way he ran with the football was asking for a fumble. pic.twitter.com/UpQU29dpcV

5:39: Josh Rosen leads the Falcons downfield, but is sacked on first-and-goal from the 1 before throwing three straight incompletions. The Browns have the ball now on their own 10.

9:41 - Browns 13, Falcons 3: Kyle Lauletta comes in at QB and leads the Browns deep into Falcons territory again. Chase McLaughlin nails a 28-yard field goal to give Cleveland a two-score advantage.

12:56: Josh Rosen comes in at quarterback for the Falcons, but on his fifth play, he fumbles the snap. Jordan Elliot recovers for the Browns at the Atlanta 48.

0:00: Case Keenum leads the Browns into Falcons territory again, but Chase McLaughlin's 56-yard field goal attempt clanks off the crossbar as time expires. We head into halftime with Cleveland up 10-3.

1:44: The Falcons once again go three-and-out, but Cameron Nizialek booms the punt 57 yards. JoJo Natson returns it to the Cleveland 14.

2:55 - Browns 10, Falcons 3: The Browns again stall deep in Atlanta territory, but this time Kevin Stefanski elects to try a field goal, and Chase McLaughlin makes it from 32 yards out.

6:29: The Falcons go three-and-out and are forced to punt. Demetric Felton returns the kick to the Atlanta 41, where the Browns will start.

8:03: With Case Keenum now in at quarterback, the Browns second-teamers march down the field, but are once again stopped on fourth-and-goal. The Falcons will take over at their own 3-yard line.

12:31 - Browns 7, Falcons 3: A 14-play drive ends with a 41-yard field goal by Younghoe Koo, and the Falcons are on the board. Cameron Malveaux was able to sack Felipe Franks on third down to force the kick.

4:38 - Browns 7, Falcons 0: The (unofficial) first of what we hope will be many Baker Mayfield touchdown passes this year goes to KhaDarel Hodge, who makes the grab and then stretches over the goal line for the 22-yard score. The Browns take the early lead.

8:34: A number of Browns defensive starters are in action as well, although Myles Garrett and Jadeveon Clowney will not play. On the field, rookie quarterback Felipe Franks leads the Falcons to their own 46 before they are forced to punt, and Donovan Peoples-Jones returns the kick to the Browns 25.

11:22: Besides Baker Mayfield, the following offensive starters are playing tonight:

As for the game itself, the Browns get deep into Atlanta territory after a nice catch-and-run by Hooper, but are stopped on fourth down just inside the 10. The Falcons will take over.

The following Browns players will be inactive due to injury:

In addition, several other starters will likely sit for rest purposes. Jim Donovan talked to head coach Kevin Stefanski about his preseason roster strategy prior to the game: