Nick Chubb had a solid day in his return from IR. 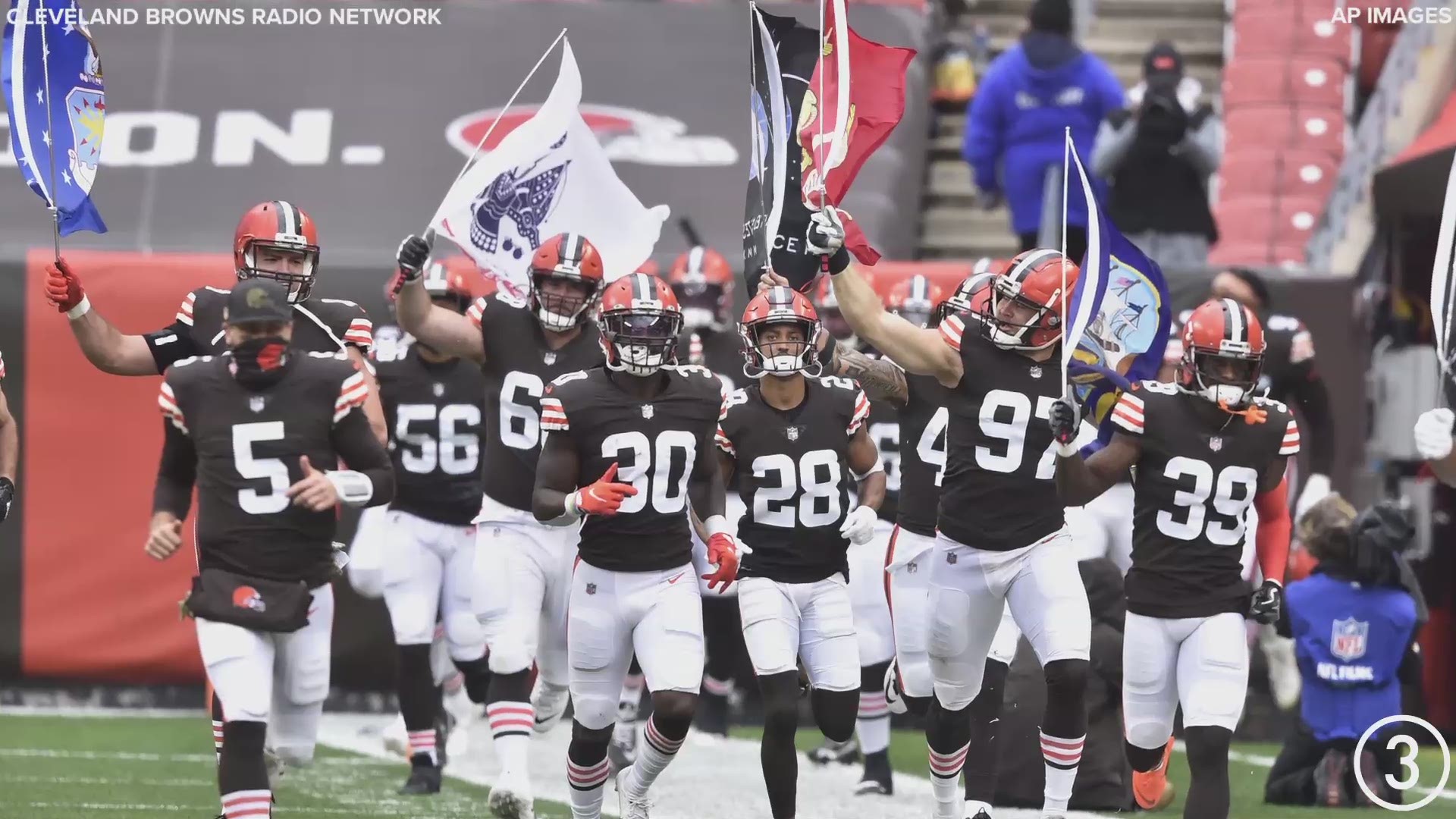 CLEVELAND — It certainly wasn't pretty, but the Browns will take it.

Cleveland beat the Houston Texans 10-7 Sunday in a sloppy affair that was beset by wind and rain. The Browns' running game shined, with Nick Chubb and Kareem Hunt combining for over 200 yards and the former scoring a touchdown in his return from injured reserve.

What follows is a drive-by-drive recap of today's action, with the most recent plays and updates towards the top. Stay tuned for analysis throughout the day on 3News and WKYC.com.

4:59: Brush alum Pharaoh Brown catches a 16-yard touchdown pass from Deshaun Watson. The Texans are back in it, down only 10-7.

Right where it had to be 🎯

The score was set up by an incredible throw by Watson earlier in the drive when it looked for sure like he would be sacked.

7:51: Kareem Hunt barrels his way through the line to help the Browns burn some clock, but in the end they are forced to punt. Jamie Gillan pins the Texans back at their own 10-yard line.

12:29: The struggling Texans offense goes three-and-out after Randall Cobb drops a pass. Bryan Anger punts, and the Browns will take over at their own 20-yard line.

13:32: Welcome back, Nick Chubb: The star rusher finally busts out and ends a dominant drive with a 9-yard touchdown run. The Browns extend their lead to 10-0.

3:33: The Texans get a couple of crucial third-down conversions to earn a 46-yard field goal attempt, but Ka'imi Fairbairn misses it wide left. The Browns take over on their own 36.

10:35: A Corey Liuget sack of Baker Mayfield helps lead to a Browns punt, which DeAndre Carter returns to the Texans 29.

13:57: Former Brown Duke Johnson gets a nice gain on a catch-and-run, but the Texans are unable to convert from there. Bryan Anger's punt goes into the end zone, and Cleveland will start at its own 20.

0:24: The Browns drive into Texans territory, but are stopped on downs at the 37, where Houston will take over with all three timeouts remaining.

4:20: Houston ends up stalling at the Cleveland 30, in part due to another sack of Deshaun Watson. Rather than attempt a 48-yard field goal, Ka'imi Fairbairn opts for a pooch punt that pins the Browns at their own

9:33: The Browns get a first down on a nice throw from Baker Mayfield, but Jarvis Landry gets called for a questionable taunting penalty to push the team back. The Texans subsequently get a stop, and take over on the Cleveland 49-yard line after a solid return by Will Fuller.

12:54: Deshaun Watson leads the Texans all the way to the Browns 2-yard line, but on 4th-and-goal, Myles Garrett and Andrew Sendejo get to the quarterback for the stop. Cleveland holds and takes over at its own 4.

4:47: The Browns return the favor with a three-and-out of their own. Jamie Gillan punts to the Houston 29, where the Texans will start.

6:19: The Texans go three-and-out and are forced to punt. The Browns will take over at their own 22.

8:27: The Browns start with the ball and march down the field, but a bad snap by JC Tretter forces an intentional grounding penalty by Baker Mayfield after the team got near the goal line. Cody Parkey still converts a 41-yard field goal, and Cleveland takes an early 3-0 lead.

1:25 p.m. Both teams have retaken the field. Kickoff is expected to take place in about 10 minutes.

1:20 p.m. Despite the bad weather, the Browns at least seem to be having fun!

The pre-game weather was wild 😆 pic.twitter.com/o1ZOTxMDBG

1:04 p.m. Lightening has been spotted in the area, and the teams are headed to the locker room while fans have been told to shelter in place. The game has been delayed at least 30 minutes.

12:58 p.m. Expect the weather to be a factor today. Much of Northeast Ohio is currently under a wind advisory or severe thunderstorm warning, with gusts of up to 70 miles per hour expected.