The Browns have now lost 17 straight games in Pittsburgh dating back to 2004. 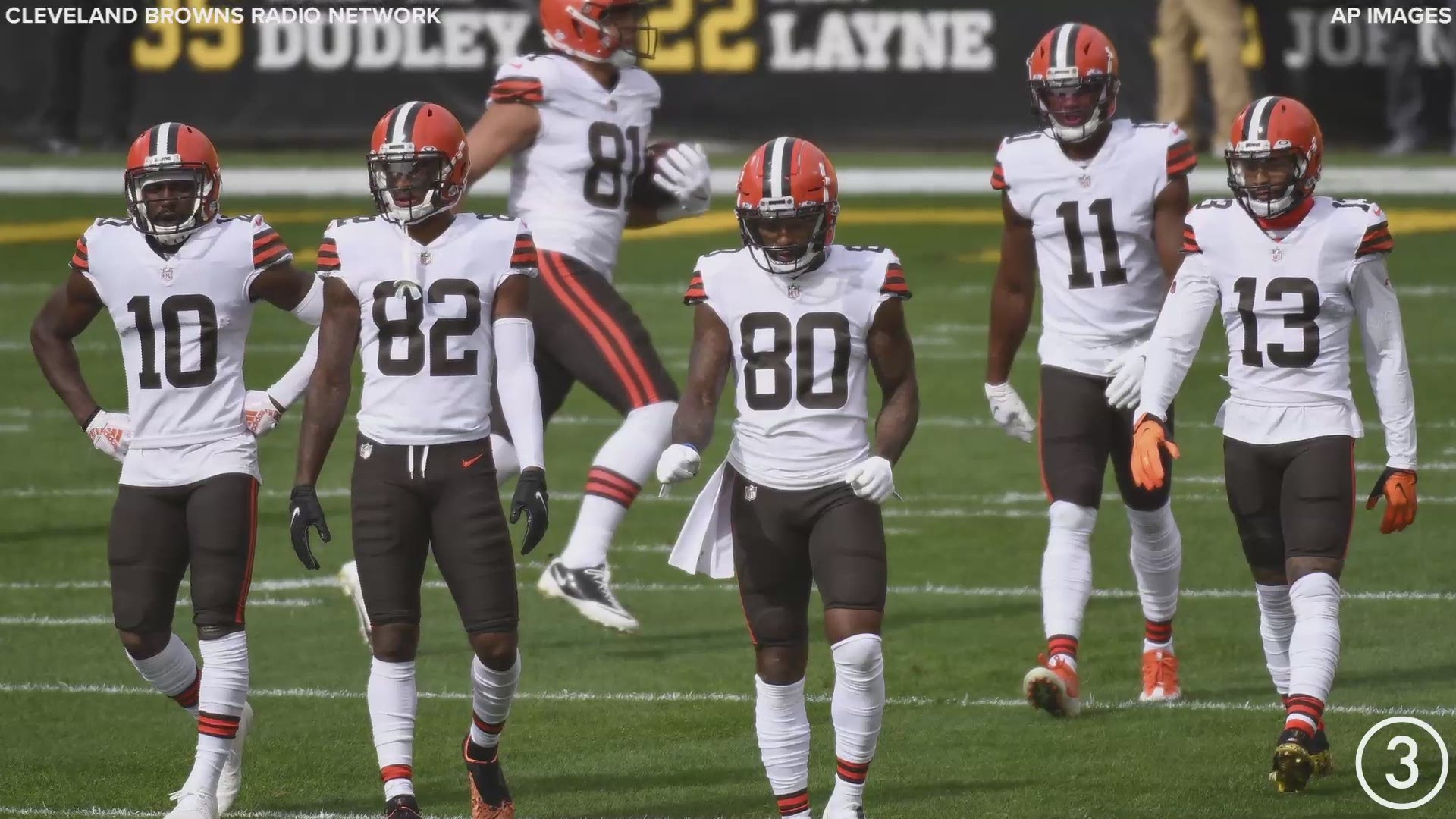 PITTSBURGH — It's a movie we've all seen before.

The Browns were destroyed in Pittsburgh Sunday afternoon, 38-7 by the archrival Steelers. It's Cleveland's 17th straight loss at Heinz Field, a streak that dates back to 2004.

Baker Mayfield had one of the worst games of his professional career, completing just 10 of 19 passes for 119 yards and a touchdown with two interceptions, including one returned for a score by Minkah Fitzpatrick. He was replaced by backup Case Keenum late in the third quarter with the game already out of reach.

The rest of the team didn't exactly do much better, with Kareem Hunt managing just 40 yards on the ground and Odell Beckham Jr. held to only two catches. In total, the Browns put up a meager 220 yards of total offense.

3News' Ben Axelrod gave his thoughts on the loss earlier:

What follows is a drive-by-drive recap of today's contest, with the most recent plays and updates closest to the top. Stay tuned for analysis throughout the day on 3News and WKYC.com.

1:44: Another three-and-out forces a Browns punt, and the Steelers take over at the Cleveland 48 looking to run out the clock.

3:17: Mason Rudolph is in at quarterback for the Steelers, who are eventually forced to punt as time winds down. The Browns take over at their own 12-yard line.

6:07: For the third time in the second half, the Browns are stuffed on 4th-and-short. The Steelers take over at their own 46.

8:08: The Steelers add salt to the wound as Benny Snell Jr. plunges in for a 1-yard touchdown. It's now 38-7 Pittsburgh.

13:43: Case Keenum takes over at quarterback and completes some passes, but the Browns again fail to pick up a fourth down at the Steelers 45. Pittsburgh takes over looking to put the ice on a victory.

0:52: Chase Claypool scores his second touchdown of the day, this time on a three-yard end around. The Steelers now lead 31-7.

5:55: The Browns elect to go for it on 4th-and-inches from their own 29, but Kareem Hunt is stuffed in the backfield. The Steelers take over deep in Cleveland territory.

7:41: A Steelers third-down conversion deep in Browns territory is negated by an offensive pass interference penalty. Dustin Colquitt punts it into the end zone, and Cleveland gets the ball at its own 20-yard line.

12:48: A sack and a penalty push the Browns all the way back to their own 2-yard line, and Jamie Gillan once again has to punt. Ray-Ray McCloud returns it to the Cleveland 45.

Also an injury update: Pittsburgh linebacker Devin Bush will not return with a knee injury.

0:02: The Browns fail to sufficiently move the ball and are forced to punt, and the Steelers will kneel on it to end the half.

0:33: The Steelers go three-and-out and fail to burn much time off the clock. The Browns get the ball on their own 39 after a punt and a penalty, with a chance to cut into the deficit.

1:01: The Browns are on the board at last after Baker Mayfield hits Rashard Higgins for a 13-yard touchdown. The Steelers still lead, however, 24-7.

5:43: Ben Roethlisberger hits a wide-open James Washington for a 28-yard touchdown, and it's all Steelers now. They lead 24-0.

7:41: Baker Mayfield is really struggling right now, as he throws his second interception of the day to Cam Sutton. Steelers get the ball at mid-field.

10:28: Ben Roethlisberger throws a bomb to rookie Chase Claypool to set up a 3-yard rushing touchdown by James Conner. The Steelers are out to a 17-0 lead.

14:05: After getting a first down, the Browns stall at the Steelers 37 and then squander a fourth down opportunity on a false start by Jedrick Wills Jr. Jamie Gillan punts again, and pins the Steelers on their own 12-yard line.

1:04: The Cleveland defense forces another three-and-out, and will get decent field position after a sky-high Dustin Colquitt punt. Donovan Peoples-Jones returns it to the Browns 46.

2:37: The Browns finally get a couple of first downs, but a Devin Bush sack of Baker Mayfield stops the drive at the Steelers 43. Jamie Gillan's subsequent punt pins Pittsburgh back at its own 14-yard line.

5:30: Now its the Steelers' turn to go three-and-out as Sheldrick Redwine and B.J. Goodson team up to sack Ben Roethlisberger. Donovan Peoples-Jones returns the Dustin Colquitt punt to the Browns 32, where they will start.

DOWN goes the QB!

7:14: The Browns go three-and-out on their next drive as Bud Dupree sacks Baker Mayfield. The Steelers will get the ball on their own 35 following a Jamie Gillan punt.

8:58: Disaster for the Browns as Minkah Fitzpatrick returns a Baker Mayfield interception 33 yards for a touchdown. The Steelers are out to a 10-0 lead.

10:35: The Steelers' opening drive stalls in the red zone, but they strike first on a 35-yard field goal by Chris Boswell. Pittsburgh leads 3-0 early.

The Browns had a bit of a scare this week after Odell Beckham Jr. was sent home from practice with an unknown illness, but the stud receiver has been cleared to play after testing negative for COVID-19. Additionally, quarterback Baker Mayfield is expected to start after suffering a rib injury in last week's win over the Indianapolis Colts.