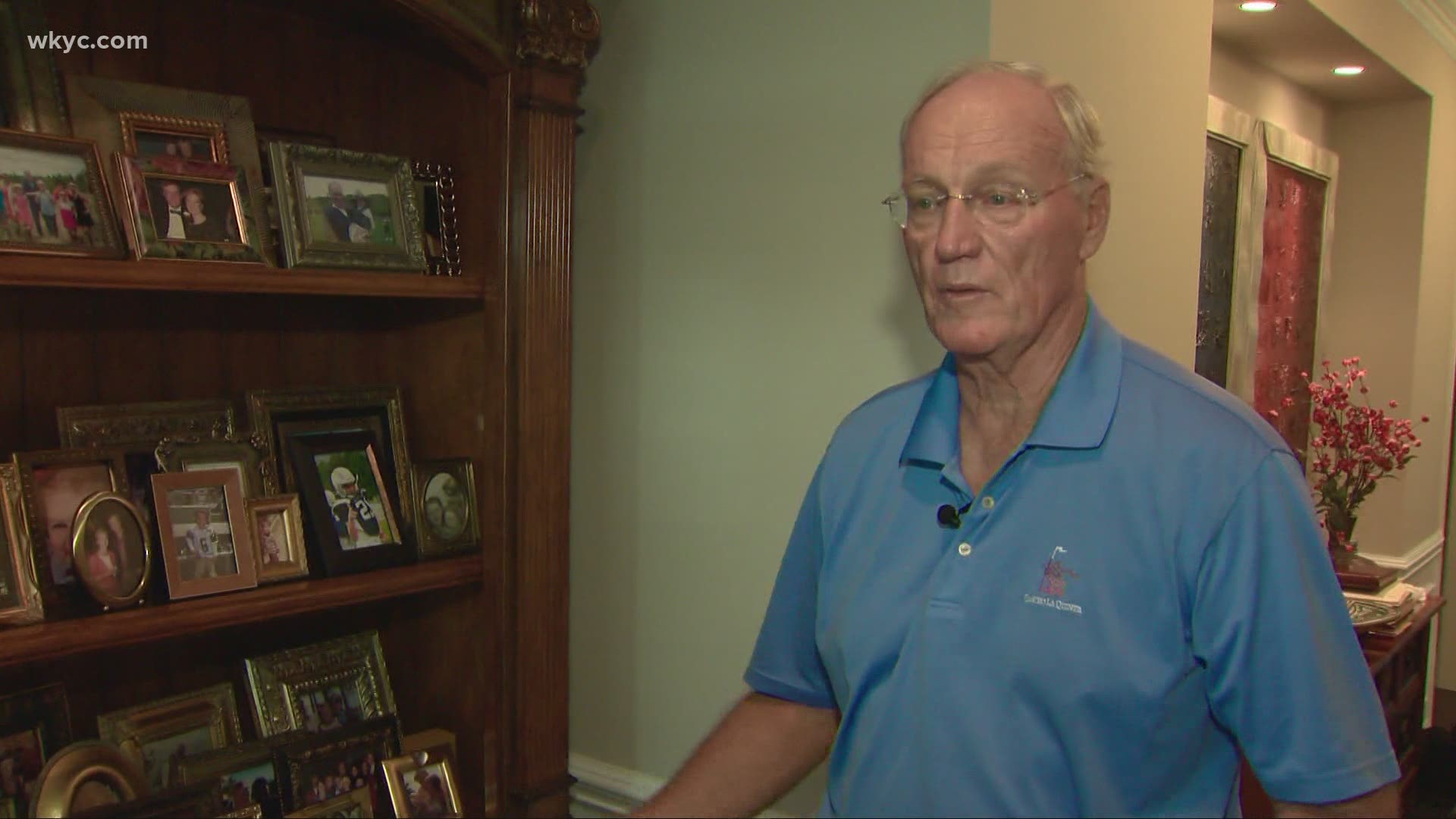 On Monday, former Cleveland Browns head coach Marty Schottenheimer passed away at the age of 77 following a six-plus year bout with Alzheimer's.

As news of Schottenheimer's death spread on Tuesday, many in the NFL community, including players, coaches, teams and members of the media, took to social media to pay tribute to the longtime head coach, whose career, in addition to Cleveland, included stints as the head coach of the Kansas City Chiefs, Washington Redskins and San Diego Chargers.

Coach Marty Thank U For All You’ve Done & Ment In Mine & So Many of Our Lives U Will Be Greatly Missed 🏈For The Luv Of The Game 🙏🏼U Matter pic.twitter.com/7eHLbDq0Pp

Very sad & difficult day for me with the passing of Marty Schottenheimer. I covered the Chiefs in 1989 in his first season in KC before moving to Dallas. We developed a professional bond & friendship that lasted for decades. He gave me this gold engraved money clip when I left KC pic.twitter.com/fpYIuklXfT

Praying for Coach Schottenheimer’s family upon hearing of his passing after a 7 year battle with Alzheimer’s.

This is a picture of him as Head Coach of the @Browns, talking to his linebackers, including my dad, Clay Matthews, and Bill Cowher. pic.twitter.com/2AIpciRzwX

RIP Coach Schottenheimer .... thank you for all the great memories

RIP Marty Schottenheimer. One of the greatest coaches of all time. His words will forever echo in my head, “This is a performance driven business, men. If you don’t perform, you won’t be in business long.” My condolences to Marty’s family and friends. His legacy will live on❤️💛 pic.twitter.com/wkCPmVYSfL

So sorry to hear about the passing of Marty Schottenheimer. He was a great man and a great coach. He impacted so many lives for the better, including mine. My heart goes out to the Schottenheimer family.🙏🏽 pic.twitter.com/Hsdj6kV071

There were a lot of days when Marty Schottenheimer used to sign autographs for an hour or more after practice during training camp.

#ForTheLoveof Marty. Blessing for the Life you gave me and the lives you caused to be better. https://t.co/SNFfZY7d2s pic.twitter.com/WqJVYp3yYt

Today, we remember former NFL coach Marty Schottenheimer who has passed away. He was influential on the careers of many Hall of Famers. They have shared their thoughts on Schottenheimer over their years in their Enshrinement speeches. pic.twitter.com/gPPc4KfXxh

The lessons and wisdom of Marty Schottenheimer will forever ring in my ears. He loved his players and he loved his family. I am so grateful and honored to have played for him. Rest In Peace Coach Marty! https://t.co/vPZKXqtCis

We are saddened by the passing of former NFL head coach and Boston Patriot Marty Schottenheimer: https://t.co/45szHTeoDO

Following a six-year playing career as a linebacker with the Buffalo Bills and Boston Patriots in the AFL, Schottenheimer began a coaching career that spanned the course of four decades. In 1980, Schottenheimer arrived in Cleveland as the Browns' defensive coordinator and took over as the team's head coach following the firing of Sam Rutigliano during the 1984 campaign.

Schottenheimer remained Cleveland's head coach from 1985-1988, leading the Browns to the playoffs in all four seasons, as well as two AFC Championship Game appearances. The 1986 AFC Coach of the Year went on to amass a 205-139-1 career regular season and postseason record over the course of his time as the head coach of the Browns, Chiefs, Redskins and Chargers.

Ranking seventh in NFL history with 200 career regular-season wins, Schottenheimer is the only eligible head coach to not being elected to the Pro Football Hall of Fame with at least 200 wins.