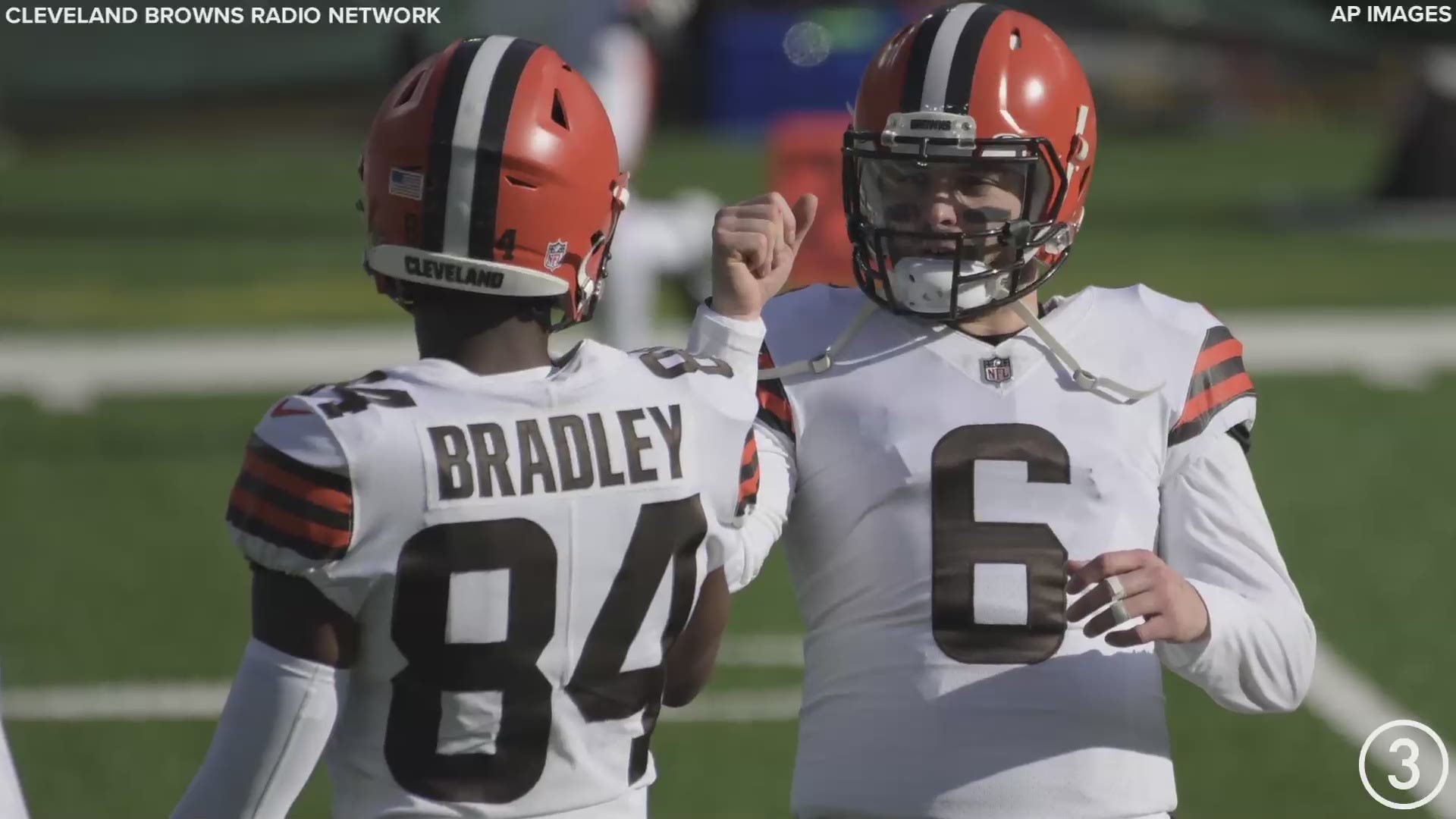 CLEVELAND — As the Cleveland Browns attempt to clinch their first playoff spot since 2002, they'll do so while facing the Pittsburgh Steelers' backup quarterback. On Tuesday, Steelers head coach Mike Tomlin announced that Mason Rudolph will start at quarterback in Sunday's matchup against the Browns in place of starter Ben Roethlisberger.

With the Steelers having already clinched the AFC North division title, many expected that Pittsburgh might sit key players against the Browns on Sunday. While the Steelers do have a shot at passing the Buffalo Bills for the No. 2 seed in the AFC Playoffs, Pittsburgh doesn't control its own destiny in that regard.

Furthermore, the Steelers haven't had a traditional bye week all season as the result of COVID-19-related re-scheduling. Pittsburgh is also coming off a stretch in which it just played five games over the course of 26 days.

Tomlin's decision to go with Rudolph over Roethlisberger could prove to provide a big boost to the Browns, who would end the NFL's longest active postseason drought (17 years) with a win on Sunday. It also adds a new storyline to Sunday, which will mark the Steelers' first game at FirstEnergy Stadium since last season's fight between Rudolph and Browns star defensive end Myles Garrett, who was suspended for the remainder of the 2019 season after hitting Rudolph in the head with his helmet.

RELATED: How can the Cleveland Browns clinch a playoff spot in Week 17?

In addition to Roethlisberger, remains unclear how many other Pittsburgh players -- if any -- will sit against Cleveland as a precautionary measure. In his Tuesday press conference, however, Tomlin made it clear that even without their starting quarterback, the Steelers are making a full effort to win the game.

"Our job is to win," Tomlin said. "Maybe the formula looks a little different. Maybe the process is a little bit more uncomfortable based on the circumstances and so forth. But the bottom line is football is our game, our business is winning and our intentions are to handle business."