After a year of very limited tailgating, fans are happy to be back celebrating at full capacity. 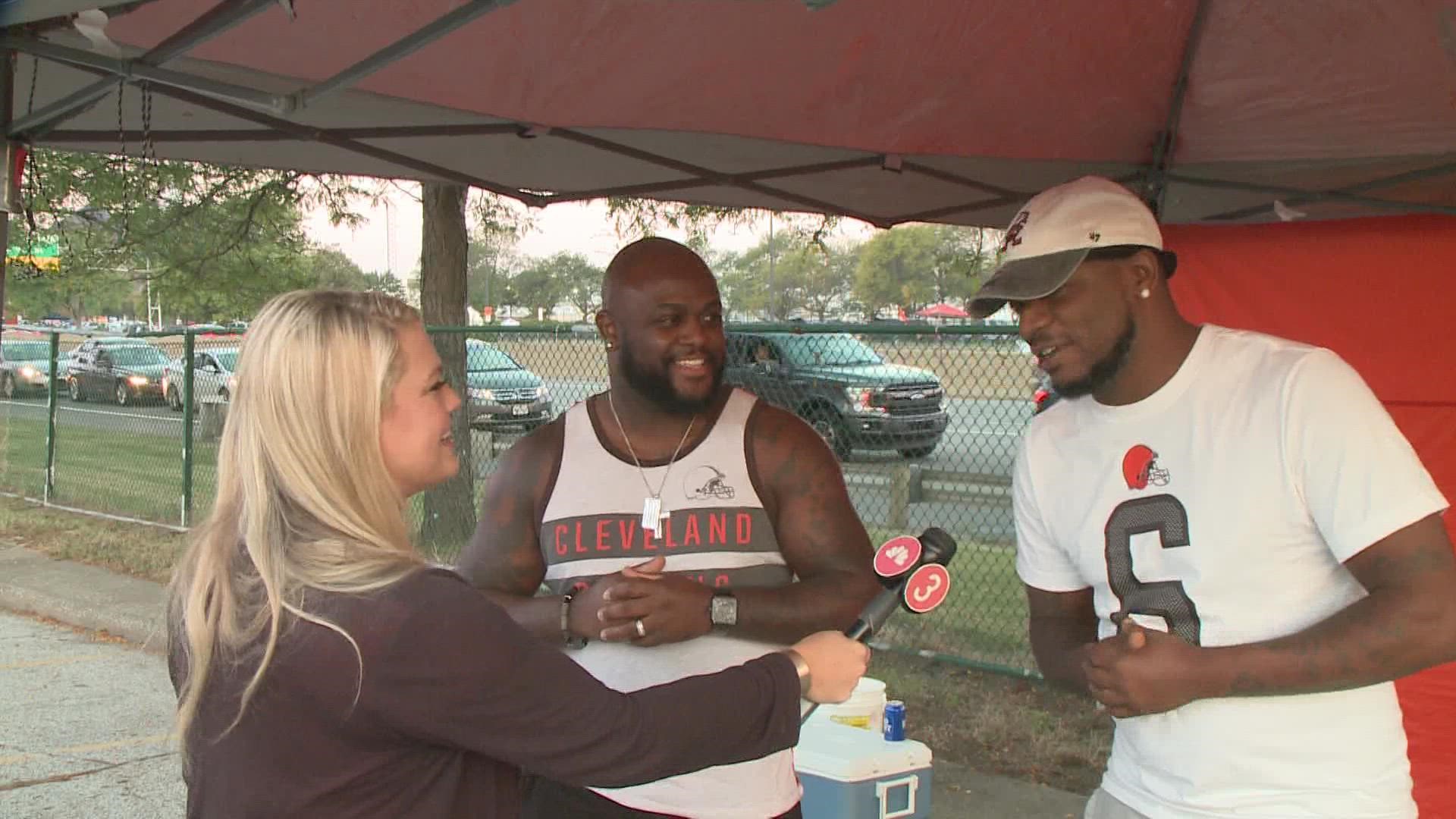 CLEVELAND — For Browns fans, all feels right with the world again.

The team is back in Cleveland Sunday for its home opener against the Houston Texans, the first full-capacity game at FirstEnergy Stadium in almost two years. But while the stadium will also be packed, perhaps even more importantly, the Muni Lot will be as well.

BROWNS vs. TEXANS: Preview, point spread, how to watch

The parking lot has long been sacred ground for tailgaters, but such activities were severely limited last season due to the COVID-19 pandemic. Now, with restrictions lifted, Clevelanders are back in grand style.

3News' Lindsay Buckingham was there, speaking to some people who showed up as early as 2 a.m.

Check out some of the coolest sights and sounds from the return of the Muni Lot party! You can also text us your own photos to (216) 344-3300 or share them using the "Near Me" feature on the WKYC app.

A look at the muni at 7:22am! #GoBrowns #3Browns @wkyc 🏈 pic.twitter.com/lRdvQxtlWm

If you’re planning on parking in the Muni Lot tomorrow... leave earlier, #Browns fans are the best around. pic.twitter.com/k5wod4WArD

Look who we just ran into at Muni Lot, @Slimdog! Such a good dude. We were all smiles. Go #Browns! #BrownsTwitter pic.twitter.com/l0QMAk5uu8