One Cleveland Browns fan found himself in the right place at the right time when he ran into Myles Garrett on Wednesday. 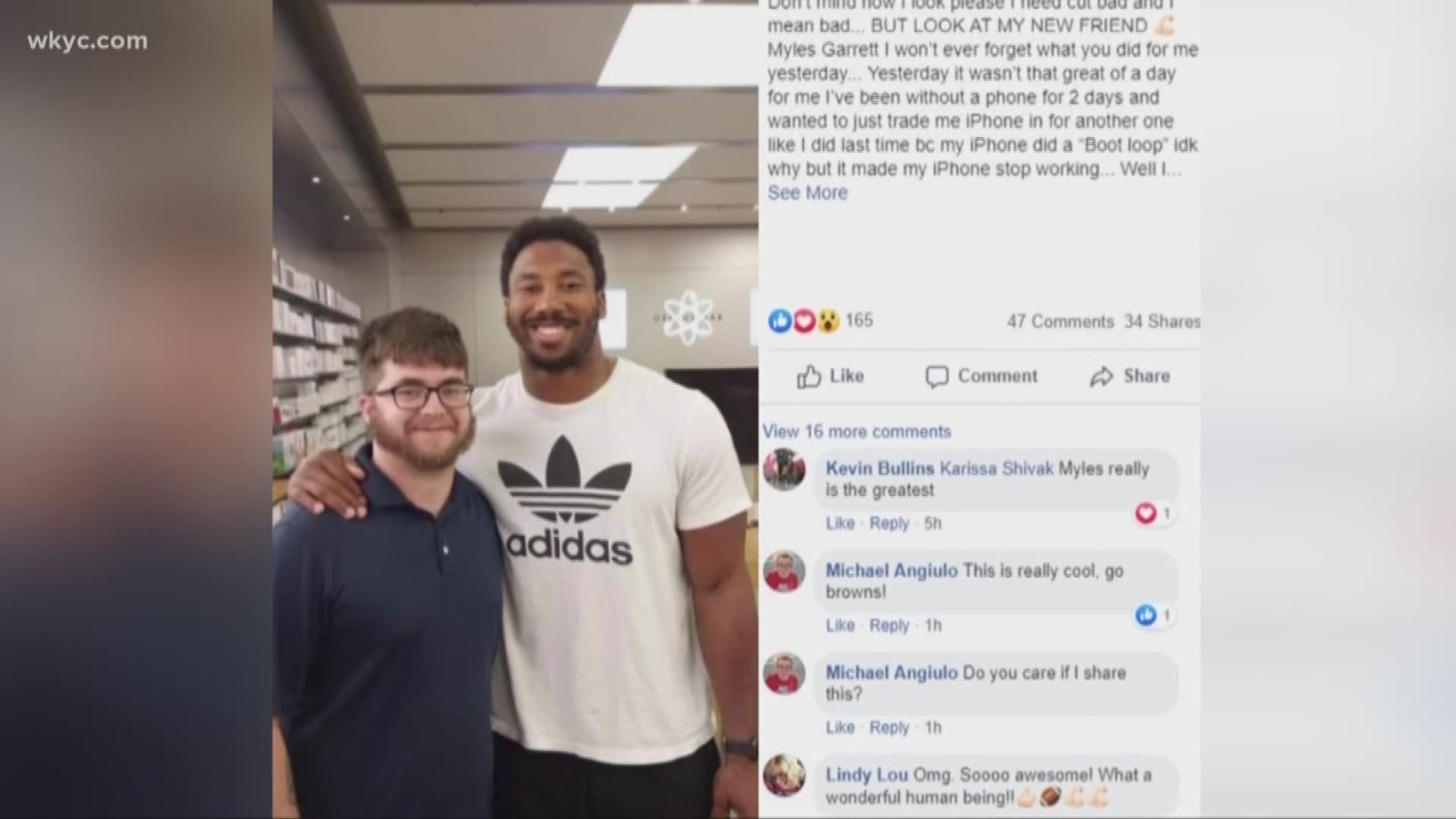 CLEVELAND -- Even before arriving at the Apple Store, JJ Remmy was already having a bad day.

With his iPhone stuck in a "boot loop," the Cleveland Browns fan had been without a working phone -- or the means necessary to purchase a new one.

Fortunately for Remmy, he found himself in the right place at the right time. In a Facebook post that has since gone viral on other social media platforms such as Reddit and Twitter, the big Browns fan -- whose Facebook profile picture features himself in a Baker Mayfield t-shirt -- shared the story of Myles Garrett offering to pay off his iPhone bill.

"Myles Garrett I won’t ever forget what you did for me yesterday," Remmy wrote in a post on Thursday. "Yesterday it wasn’t that great of a day for me I’ve been without a phone for 2 days and wanted to just trade [my] iPhone in for another one like I did last time [because] my iPhone did a “Boot loop”... Well I couldn’t get a new phone without paying $115.99. I had no cash... spent the rest of my money getting my title for my car. So at this point, I’m like well I’m screwed [because] nobody is gonna let me borrow that much.

"Well I’m getting ready to leave and MYLES GARRETT LOOKS AT ME AND SAYS I'LL PAY YOUR BALANCE. I literally almost broke down man. Myles is a Great guy and he changed my whole entire day yesterday. Just had to share my story... GO BROWNS!!!!"

Garrett was tagged on a tweet about the story on Friday and did respond.

"I’m just grateful that I’m in the position to help others," he wrote. "I didn’t think this would get recognition, but I’m glad I could make his day a little better." He then tweeted to Jordan, "Everyone needs a little help at some point, happy I could be there for you. Enjoy the phone Jordan!" 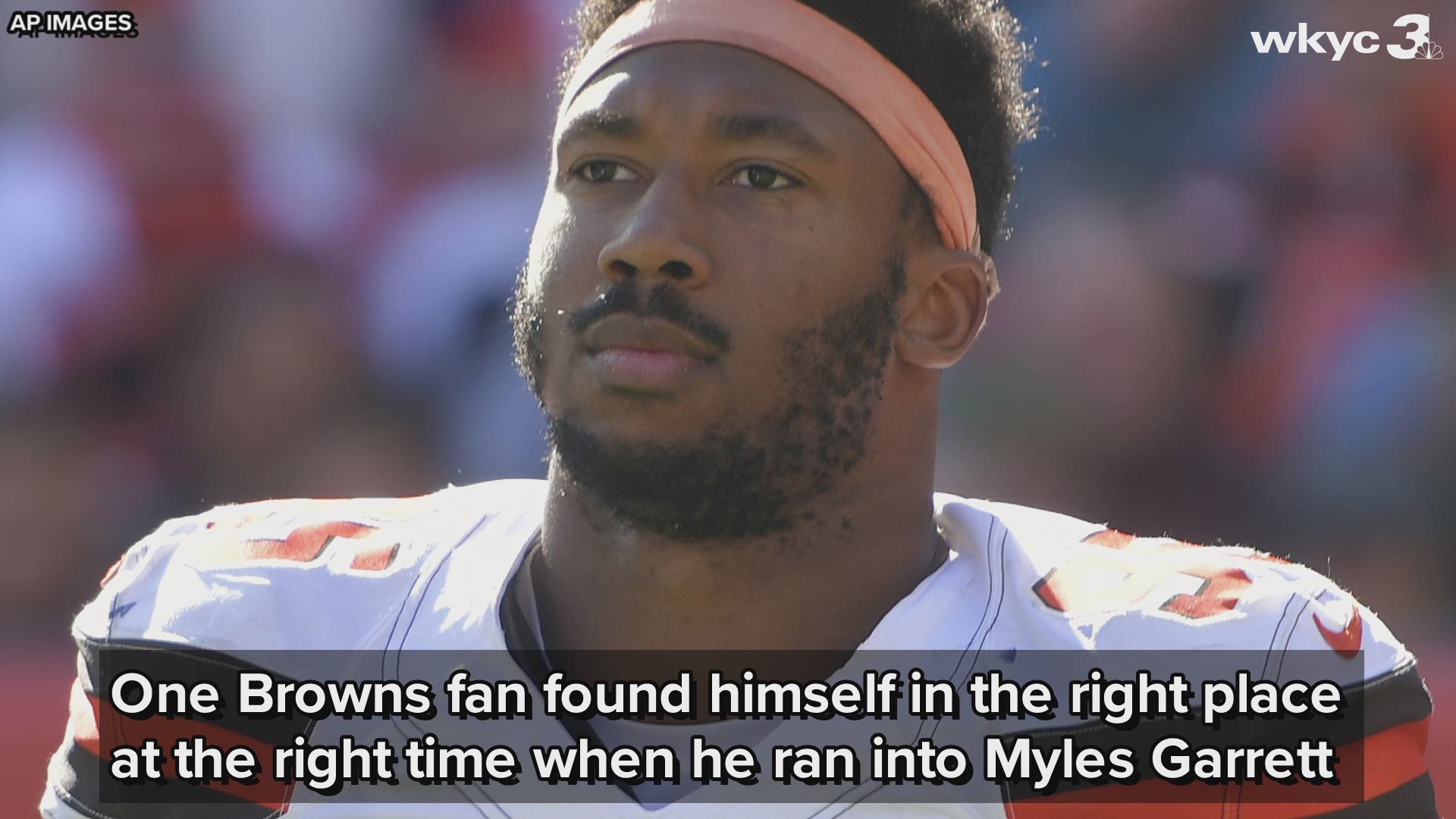 Since being drafted by the Browns with the No. 1 pick in the 2017 draft, Garrett has made his presence felt within the Cleveland community. In April, he organized a puppy playdate in Kirtland, in which Browns fans were encouraged to bring their "doggies" to the Lake Metroparks.

Entering his third season in Cleveland, Garrett hasn't been too shabby on the field either, tallying 13.5 sacks, 12 tackles for a loss and 29 QB hits in 2018. Last week, Browns defensive coordinator Steve Wilks spoke fondly of the Texas A&M product's potential of becoming one of the top defensive players in all of football.

"It is that time," Wilks said. "First overall pick. Very talented individual. Played well last year, and I think you are only going to see continued growth out of him each and every year."