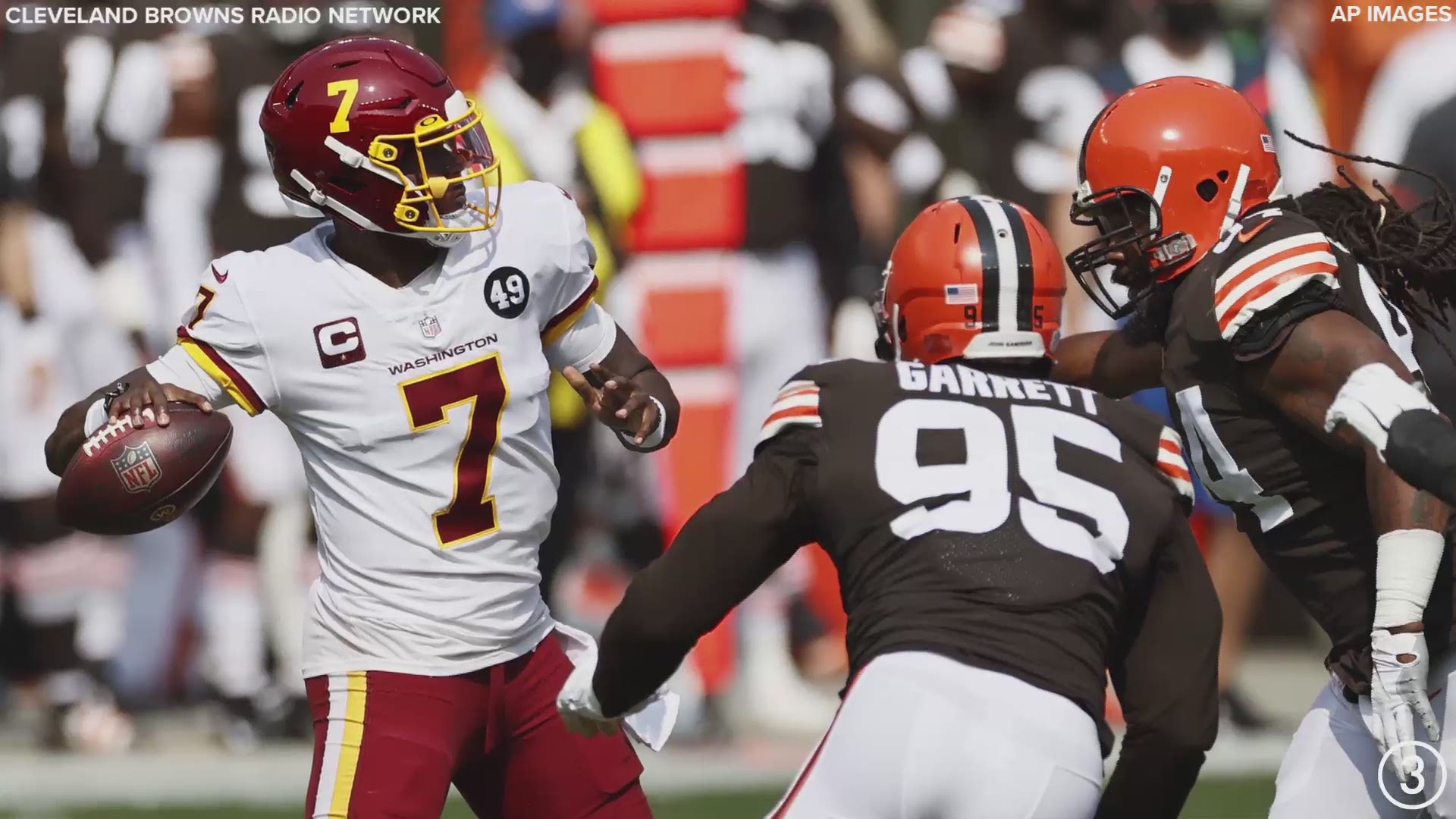 CLEVELAND — For the first time since 2014, the Cleveland Browns have a winning record.

And they partially have their franchise defensive player to thank.

Trailing the Browns 31-20 with less than seven minutes remaining in the fourth quarter on Sunday, the Washington Football Team moved the ball into Cleveland territory on an Antonio Gibson 4-yard run. Washington's time on the Browns' side of the field -- and on offense -- wouldn't last long, however, with Myles Garrett recording a strip-sack on Dwayne Haskins, recovering the fumble himself.

Cleveland would proceed to put together a 10-play, 29-yard drive that spanned five minutes and 20 seconds and concluded with a Cody Parkey 30-yard field goal to seal the game. The Browns would go on to win the game 34-20, advancing to 2-1 on the season -- the first time that Cleveland has found itself above .500 at any point since the 2014 season.

Garrett's strip-sack marked his second in as many weeks as he also recorded one in the Browns' 35-30 victory over the Cincinnati Bengals on Thursday Night Football last week. Through three games, the No. 1 pick of the 2017 NFL Draft now has three sacks -- two of which came against Washington on Sunday.

Earlier this year, the Browns signed Garrett to a 5-year, $125 million contract, which at the time made him the highest-paid defensive player in football. When they signed him to his mega extension, plays like Sunday's strip-sack were what they had in mind.