The Browns made smart, sensible choices at key areas this weekend, including cornerback and linebacker. 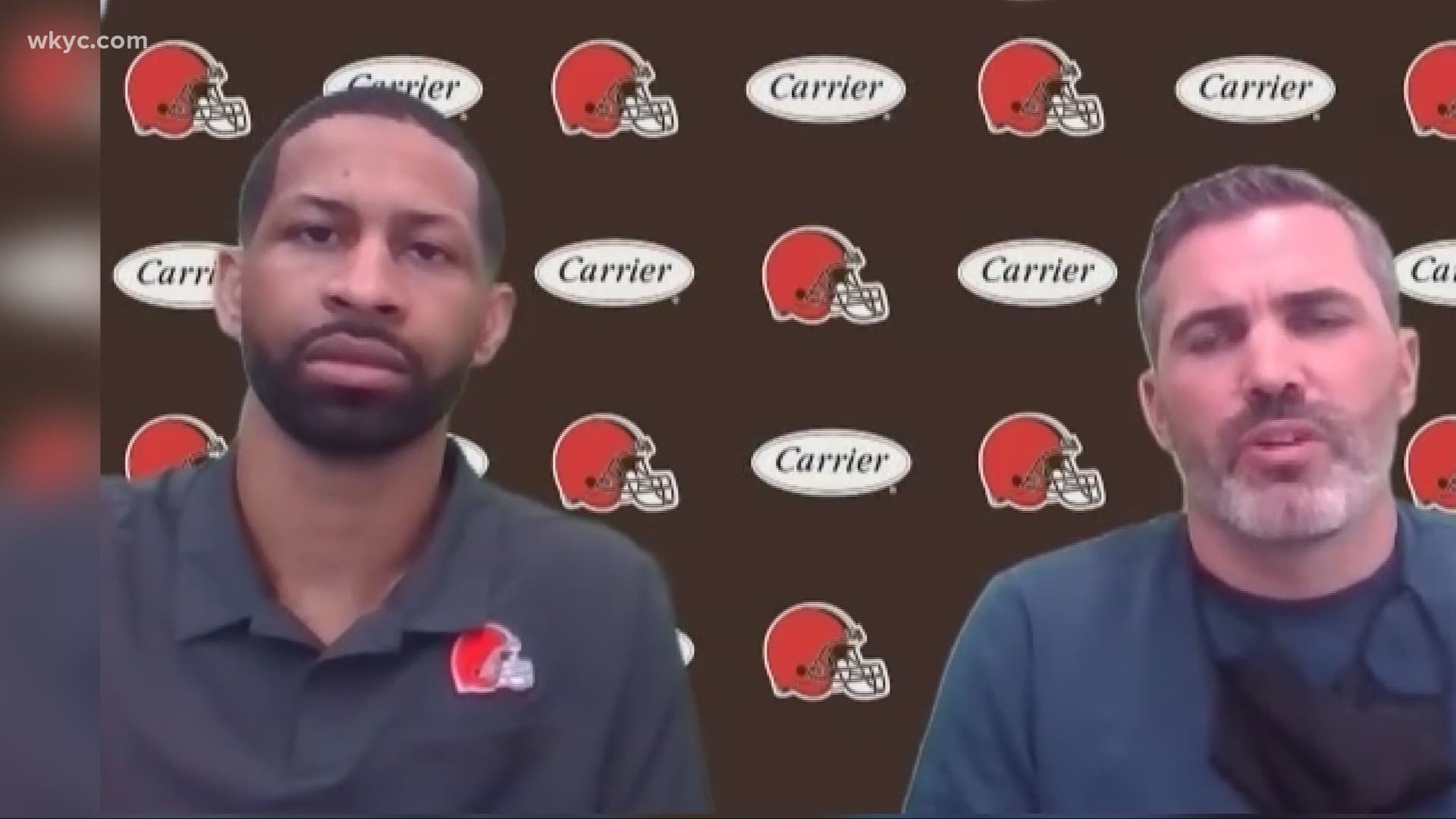 CLEVELAND — Before I talk about the Browns picks in the NFL Draft, how about a quick tip of the cap to everyone involved in making this weekend in Cleveland such a huge success. Bravo to the National Football League, the Cleveland Browns, the Greater Cleveland Sports Commission/Destination Cleveland, the city of Cleveland, the Rock Hall, the Science Center, and everyone else who worked so tirelessly these last few days, weeks, and months.

It's hard enough to plan and execute these types of events in a normal time, but adding the massive hurdle known as COVID-19 made this draft a monumental challenge. Yet, Cleveland pulled it off. Spectacularly.

Now, to the Browns.

Given what we have been through with this team and their draft performances dating back to the start of the expansion era, it's still a bit tough to fathom that there is finally a front office in place that gets it.

You don't need to be the smartest guy in the room to be successful (Although having a Harvard education is pretty cool!), you just need to trust your staff and make sensible, logical choices.

In his second NFL Draft as the man in charge, Browns GM Andrew Berry seems to understand that concept perfectly.

The Browns came into this offseason with a clear need to revamp their defense. And certainly adding DE Jadeveon Clowney S John Johnson, DE Takk McKinley, LB Anthony Walker, DT Malik Jackson, and CB Troy Hill in free agency was smart. But Berry also sought to bring in players who could be long term fits through the draft.

The Browns absolutely needed a pick a cornerback who can play on the other side of Denzel Ward, who has had a hard time staying healthy during his first three years in the NFL. Greedy Williams may be that player, but he has had his own injury issues in his young career.

Berry had currency to spend and moved up a few spots in the second round to take Jeremiah Owusu-Koramoah, who many experts believed would be taken on Thursday night. Smart. Sensible.

Tony Fields will also be an asset for the Browns at linebacker.

The rest of the draft followed suit. They wanted a wide receiver with outside speed, Anthony Schwartz checks that box. They wanted depth on both the offensive and defensive lines. Welcome James Hudson and Tommy Togiai. Richard LeCounte gives the Browns some depth at safety, while Demetric Felton can become a developmental running back behind the formidable tandem of Nick Chubb and Kareem Hunt.

Here's why I sound so astonished by what Andrew Berry and his team have done: EVERY regime since the Browns returned to the NFL in 1999 has tried to outsmart other teams in the NFL with ridiculous picks and trades during the draft. Whether it's Eric Mangini and his three trade-downs in the first round of 2009, Tom Heckert passing up on Juilo Jones or J.J. Watt to move way down in 2011, Ray Farmer taking Justin Gilbert without doing any kind of due dilligence in 2014 (to say nothing of Mr. Wreck this League that same year), or Sashi Brown trading out of the second pick and getting Corey Coleman in 2016.

From Butch Davis, to Phil Savage, from Dwight Clark/Carmen Policy, to Joe Banner/Mike Lombardi, everyone has been guilty of reaching way too high for a player, making head-scratching moves, and patting themselves on the back at the end of the night for their ingenuity.

“Do you know this guy? Does he look like a ‘wing it’ guy?," Browns head coach Kevin Stefanski said with a laugh when asked if Berry ever thought of just forgetting the draft plan to just 'wing it' and take a player.

This is a new era.

Berry and Stefanski are in lockstep. They are not trying to sabotage each other to win favor with ownership. They are not going outside of their lanes of knowledge to interfere with the other. They are a tandem that understands that to get this franchise to the pinnacle of the National Football League, they have to trust each other.

"We stayed true to the board and let the process play out," Stefanski said in recapping the team's draft weekend. "There are 32 teams tonight that are going to be celebrating the draft class and they are all going to be very excited. We are excited because we stayed true to the process, but we have to let this thing play out. We will see over the course of years how we did. Certainly, Andrew was outstanding setting the board, conducting these meetings and then staying true to the board over these rounds.”

Stefanski's Browns were a very good team last year. Their 11-5 record and run to the AFC Divisional Playoffs are a testament to that. But they needed some help to take the next step.

It's going to be up to Stefanski, his staff, and the men in the Browns locker room to do the rest.